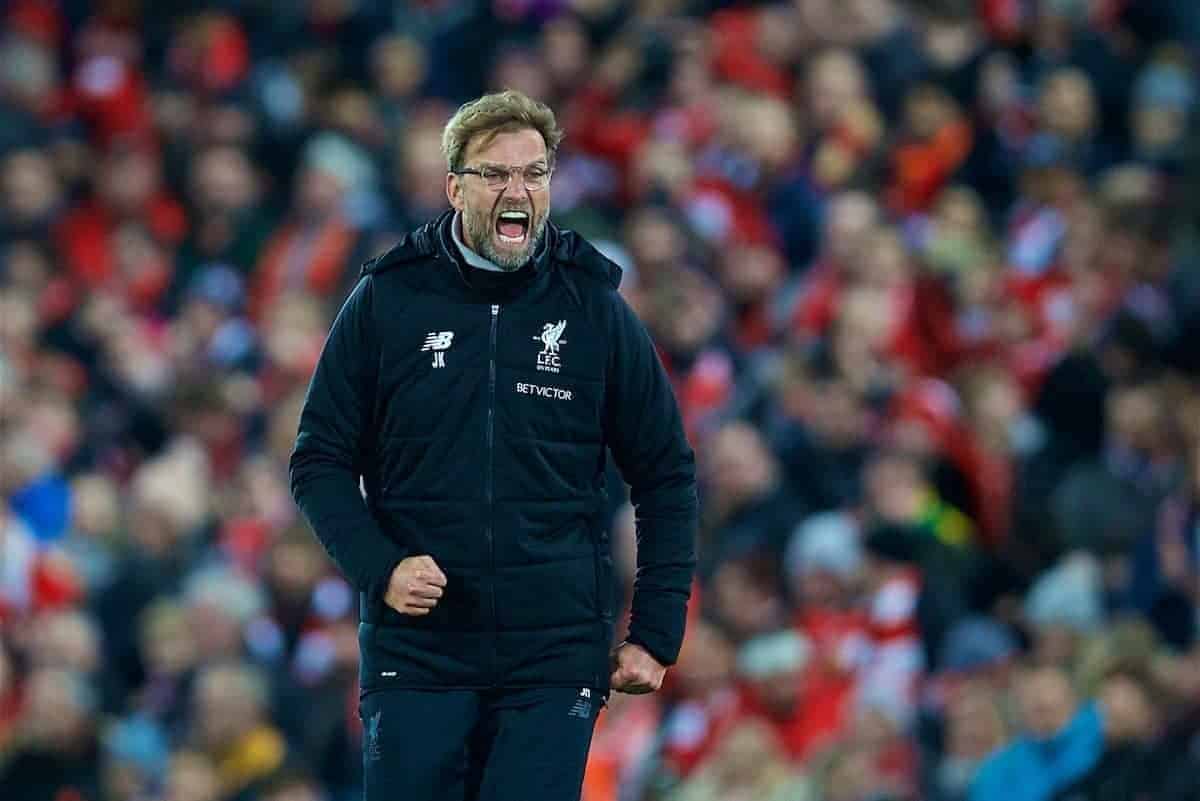 Jurgen Klopp says Liverpool are building a squad to compete with the biggest teams in world football following the acquisition of Virgil van Dijk.

Van Dijk arrives for a world record fee for a defender, while midfielder Naby Keita will arrive at the end of the season for £55 million.

With these two genuinely top-level players joining summer signing Mohamed Salah, Liverpool’s recruitment of late has shown that Klopp will not settle for second best targets.

Speaking after his side’s 2-1 come-from-behind win over Leicester City at Anfield on Saturday, Klopp discussed the competition for places that comes from new signings arriving.

“We have to fight with the biggest teams in world football,” he said. “We cannot go there with a group of 11 and be best friends every day.

“We need to have a squad that is ready for that and we are building that step by step.”

With some exciting names of a similarly high-profile being linked with moves to Anfield, Klopp’s “step by step” plan appears clear and you can expect upgrades in other areas of the pitch next summer.

Asked if Van Dijk’s arrival will affect those already at the club, Klopp rightly noted that such a signing should push other players to the next level.

“No player should and can play a whole season.”

This points to Klopp wanting players who are not frightened by competition for places, players who will push themselves to be better – exactly the mentality that’s required in order to restore Liverpool to the elite places within England and Europe.