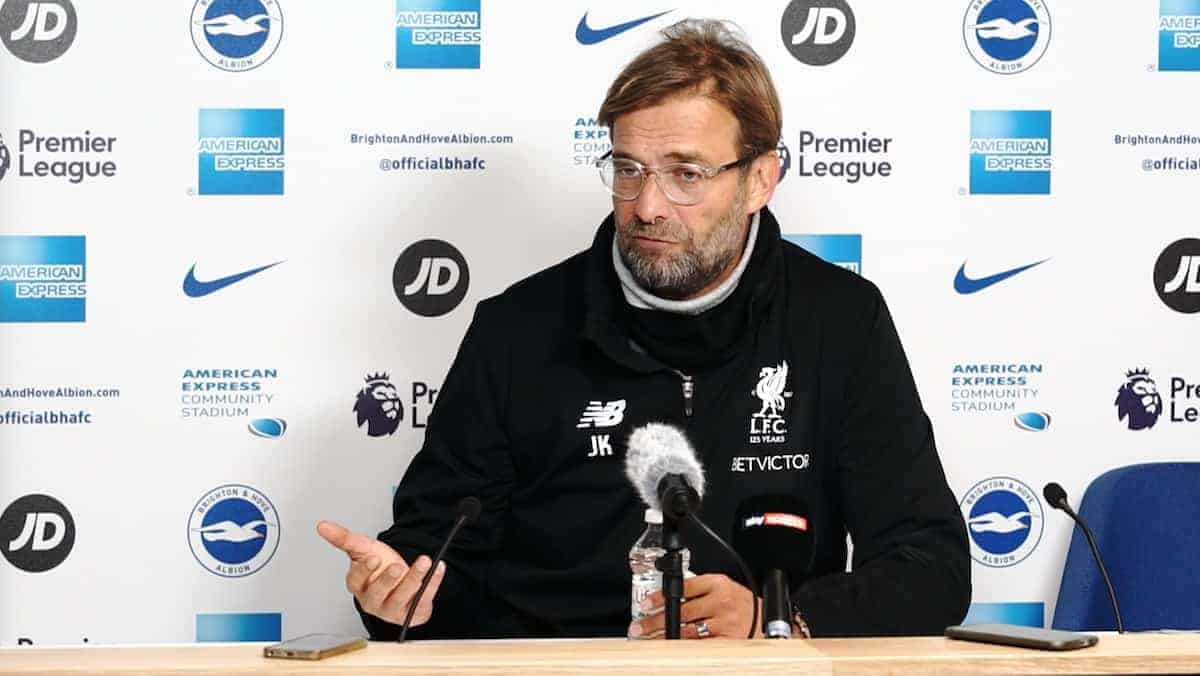 Jurgen Klopp praised his side’s performance after Liverpool sealed an excellent 5-1 win away to newly promoted Brighton on Saturday afternoon.

The Reds were in control throughout at the Amex Stadium, and despite Glenn Murray’s second-half penalty, can take a host of positives back to Merseyside.

Emre Can struck the opener before a brace from Roberto Firmino, a stunning free-kick from the standout Philippe Coutinho and an unfortunate Lewis Dunk own goal sealed the victory.

And speaking after a makeshift side that saw six changes from the 3-0 win at Stoke City in midweek, Klopp described their form as “important.”

“We are a really good football team, we know that, but we need to carry on,” he explained.

“It’s good but it’s important that it’s good because we need the points.”

The German also praised Simon Mignolet‘s save to deny Murray immediately before Firmino’s second, saying “it was like scoring a goal.”

And he lauded the background work shown in Coutinho’s goal, saying: “Credit to the analysts, they see things like this in the video then you have to have the technique to use it.”

Liverpool are next in action in an all-important Champions League group clash against Spartak Moscow on Wednesday night, needing at least a point to seal their place in the last 16.