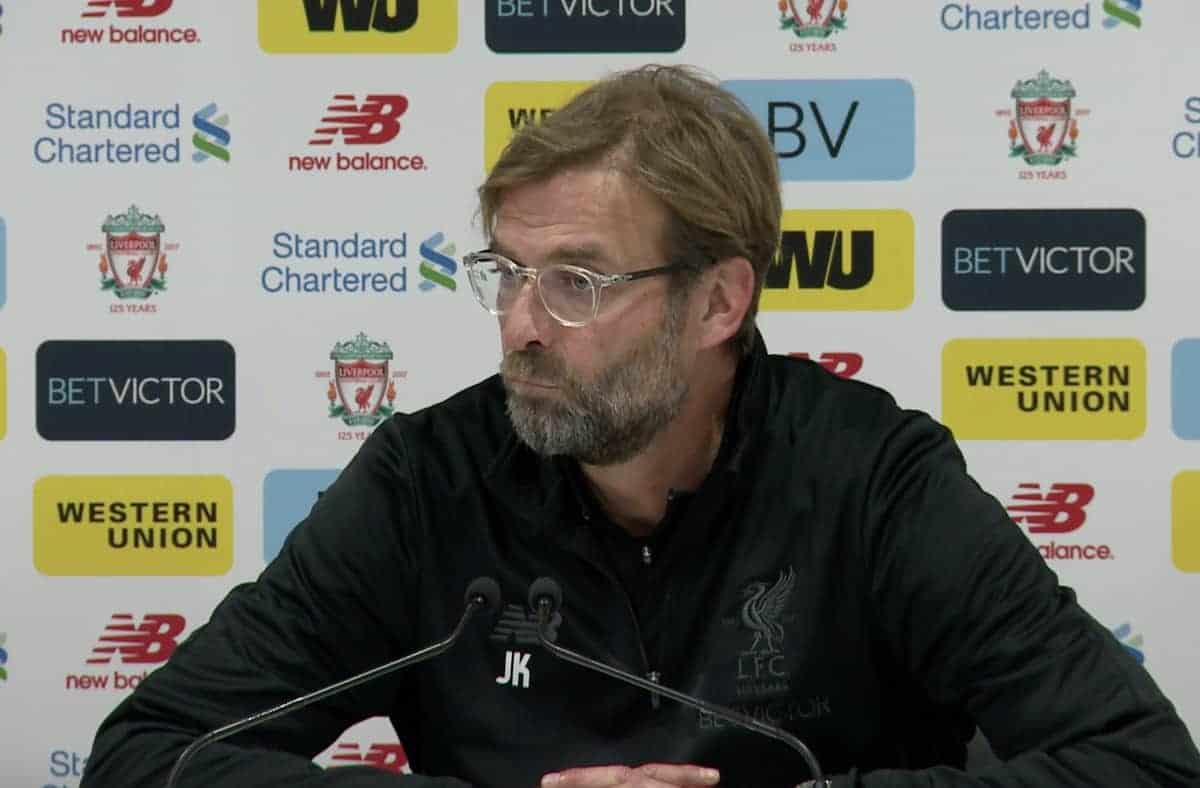 Jurgen Klopp was in two minds after Liverpool drew 0-0 at home to West Brom on Wednesday night, left to discuss refereeing decisions once again.

The Reds struggled in their fourth outing of an eight-game December, taking on a Baggies side who were without a win in their previous 15 games since August.

Speaking after the game, Klopp lamented a “difficult night,” with the Reds beginning the game “a little bit stiff.”

“We did pretty well, they had one proper situation where they had the header and Loris had to make the save,” he said.

“We defended well, then we had the ball which was maybe the main story of the game, we had it all the time.

“The first half it looked a little bit stiff, the timing of the movements weren’t how they should have been, the passing was not that good, not quick enough. It was kind of static.

“In the second half it was better, we changed the system a few times, had good crosses, had good chances, scored the goal which was disallowed. It was not a night for three, four or five nil.”

Klopp also addressed Tierney’s controversial call, saying “it’s another moment [where] we had no luck.”

Liverpool are next in action on Sunday afternoon at Dean Court, as they face off with Eddie Howe’s Bournemouth looking for a vital three points.