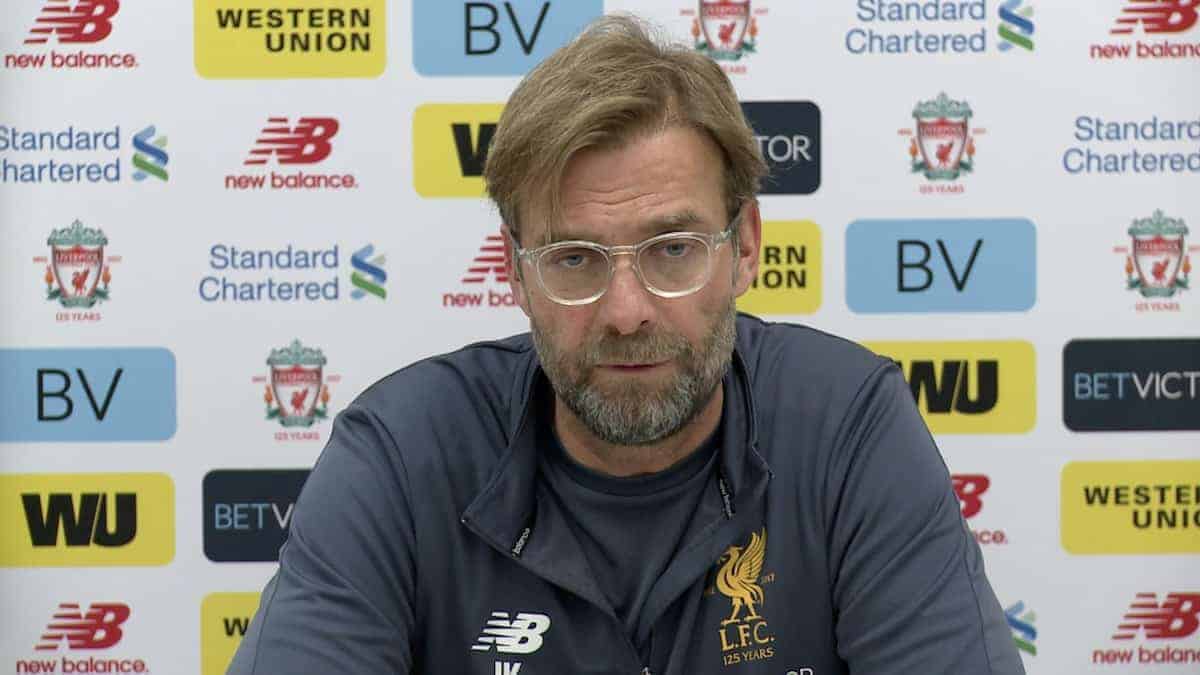 Seeking his side’s fourth consecutive win as Liverpool take on Everton on Sunday, Jurgen Klopp is looking forward to his fourth Merseyside derby.

Klopp has won each of his three previous meetings with the Reds’ rivals, and heads to Anfield looking to continue their impressive unbeaten stretch.

Having sealed a place in the Champions League‘s last 16 on Wednesday night with a 7-0 win at home to Spartak Moscow, the odds are in Liverpool’s favour.

But speaking at Melwood on Friday afternoon, Klopp stressed that the derby will remain a considerable challenge for his players.

“We have to start with the first whistle, do the right things in the right moments, I’ve spoken with the boys about that,” he said.

“It’s not allowed to play like we did in the last 20 minutes against Moscow, it would be silly.

“We have to work hard in the best way, be patient like we were patient against Brighton in the first 25 minutes. There’s no easy way through, that’s for sure.”

Klopp went on to discuss Jordan Henderson‘s role, saying “I want everyone to respect that [he] is our skipper. He deserves it, he’s the right man for the job.”

And the German provided an update on Philippe Coutinho‘s future, explaining how “nobody [has come] to me so far and said Phil will be away in January.”

Liverpool head into Sunday’s clash on top form, having won three in a row in all competitions, and continue to cement their place in the Premier League‘s top four with another three points.