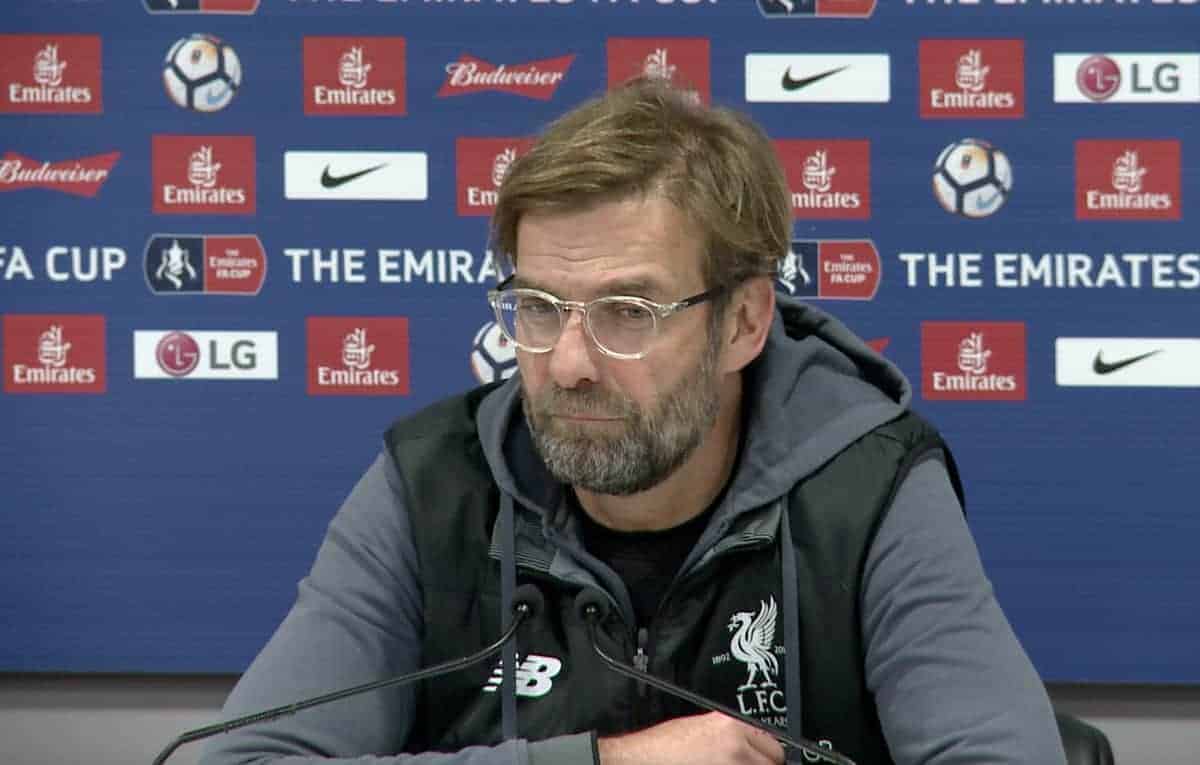 Watch here as Jurgen Klopp discussed Liverpool’s 3-2 defeat at home to West Brom in the fourth round of the FA Cup on Saturday night.

The Reds exit the tournament at the same point for the third consecutive season, after a wild 90 minutes at Anfield that saw VAR take centre stage.

Referee Craig Pawson called upon his assistant to preside over a number of decisions, most notably ruling out a goal for West Brom and awarding Liverpool a penalty.

While both went in the hosts’ favour, Klopp’s side were unable to take advantage, with a late rally from Mohamed Salah unable to secure a replay.

Speaking after the game, Klopp admitted the Baggies deserved to progress, lamenting the Reds’ “bad defending.”

The German also discussed the absence of Daniel Sturridge who, despite returning to full fitness over two weeks ago, remains out of the squad as speculation continues over his future.

“[It was] because we could only take 18 [players],” Klopp claimed unconvincingly.

And Klopp also gave his take on the use of VAR and clear teething issues in the length of time it took to make a decision.

“I think it’s important that we all wanted, if a goal should be disallowed, it’s disallowed. After the game we often talk about these decisions,” he said.

“It’s normal that in the game it takes a little longer. That will, I think, become a little bit smoother in the future.”

After suffering back-to-back losses to Swansea City and West Brom, Liverpool next make the trip to Huddersfield for a Premier League clash that is now a must-win.