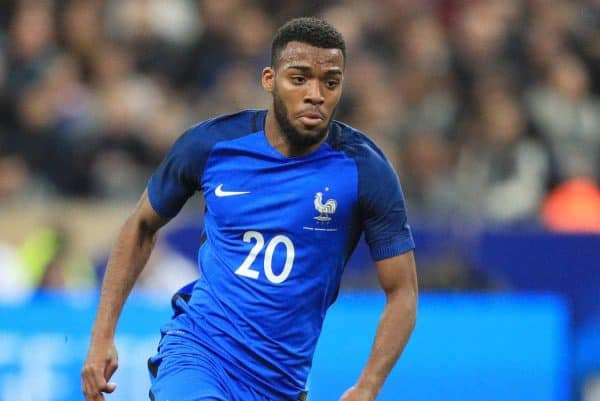 Liverpool target Thomas Lemar has turned down the offer of a new contract from AS Monaco, amid claims he wants a summer move to Anfield.

The French midfielder has been seen as a key transfer target for Liverpool over the past season, with a late summer bid of £78 million being turned down.

Further speculation about a January transfer, as a replacement for outgoing Philippe Coutinho, also ended in similar fashion after Jurgen Klopp spoke about players costing too much during the winter window.

But the Reds, along with fellow suitors Arsenal, seem to have been given encouragement to renew their interest at the end of 2017/18 with the news that Lemar wants out.

French outlet L’Equipe say Lemar has refused to extend his stay at Monaco and, with two years left on his current deal, hopes to be allowed to move in the summer.

The Independent add that Anfield is understood to be the player’s preferred destination this summer.

Lemar has two goals and five assists to his name this term in Ligue 1, with his side third in the table and unlikely to retain the title they won last year.

While there were frustrations on the side of supporters at not snaring his signature, getting him in the summer would add further weight to what is quickly becoming Klopp’s signature move.

The boss is prepared to wait for his top preference, even seeing out an entire season before adding them to the group, as he gradually builds a squad to challenge on all fronts.

Naby Keita is set to sign in summer a year after the deal was agreed, while Virgil van Dijk‘s January transfer ended a prolonged and public chase.

Lemar could yet be the latest to add to an expensive, but worth waiting for, list of Klopp signings.