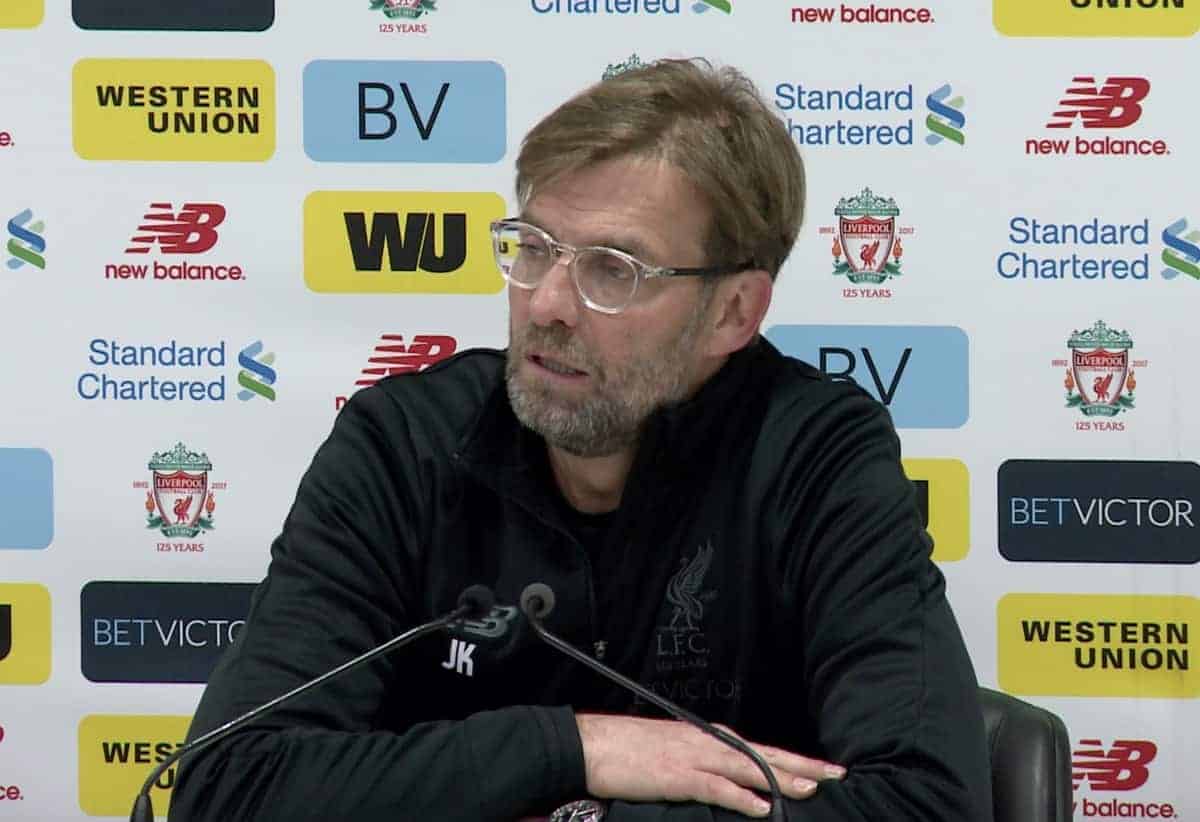 Jurgen Klopp was in fine spirits after his Liverpool side sealed a strong 4-1 victory at home to West Ham on Saturday to further fuel their momentum.

Goals from Emre Can, Mohamed Salah, Roberto Firmino and Sadio Mane secured a comfortable victory for the Reds at Anfield, with Michail Antonio’s second-half strike a fleeting consolation.

On the back of a 5-0 win away to Porto in the Champions League, this result saw Klopp’s side maintain their positive form.

Pushing themselves up to second in the table, Liverpool have underlined their credentials as top-four hopefuls, and speaking after the game Klopp could find few negatives.

“I am really happy with the complete performance, all the individual performances were really, really good today,” he told reporters.

“When we had problems in one or two moments, we had comebacks in the game and then didn’t suffer or whatever.

“It was just a good game and we were really difficult to play today, I would say.”

Klopp also discussed the merits of a short trip to Marbella last week for a training camp, saying “I’m happy that I saw a lot of things we did on the training ground in the last 10 days.”

And he hailed Salah for equalling Luis Suarez’s best-ever goal tally for a season, with 31, and discussed the Reds’ hopes of a second-placed finish after moving ahead of Man United.