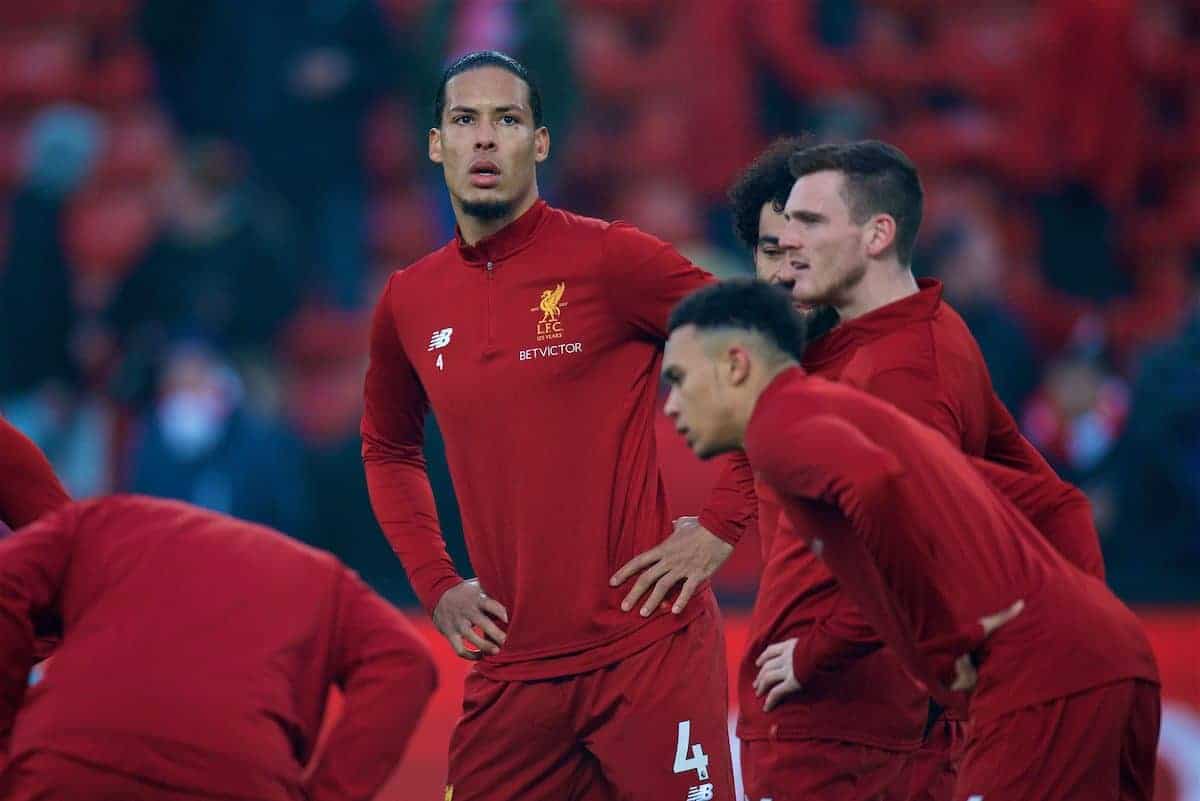 Jurgen Klopp has made five changes to his Liverpool side for Saturday’s huge Premier League clash at Man United, with captain Jordan Henderson named on the bench.

Klopp rotated his selection for Tuesday night’s Champions League last-16 second leg at home to Porto, and witnessed a drab but comfortable 0-0 draw at Anfield.

Progress to the quarter-finals of Europe’s top tier was already a foregone conclusion after the first leg, but less clear is the race for a top-four finish in the league.

United begin the weekend two points ahead of Liverpool, with fourth-placed Tottenham two points behind, underlining the importance of a win at Old Trafford.

Therefore, it is no surprise to see Klopp revert to his first-choice starting lineup in Manchester.

Loris Karius is retained in goal.

Karius kept another clean sheet against Porto despite operating behind a much-changed back line, but a regular setup of Trent Alexander-Arnold, Dejan Lovren, Virgil van Dijk and Andrew Robertson is restored at United.

In midfield, Alex Oxlade-Chamberlain takes over from Jordan Henderson, joining Emre Can and James Milner as part of an in-form trio.

And with none of Klopp’s leading attacking trio playing the full 90 on Tuesday, Mohamed Salah, Sadio Mane and Roberto Firmino all start up front.