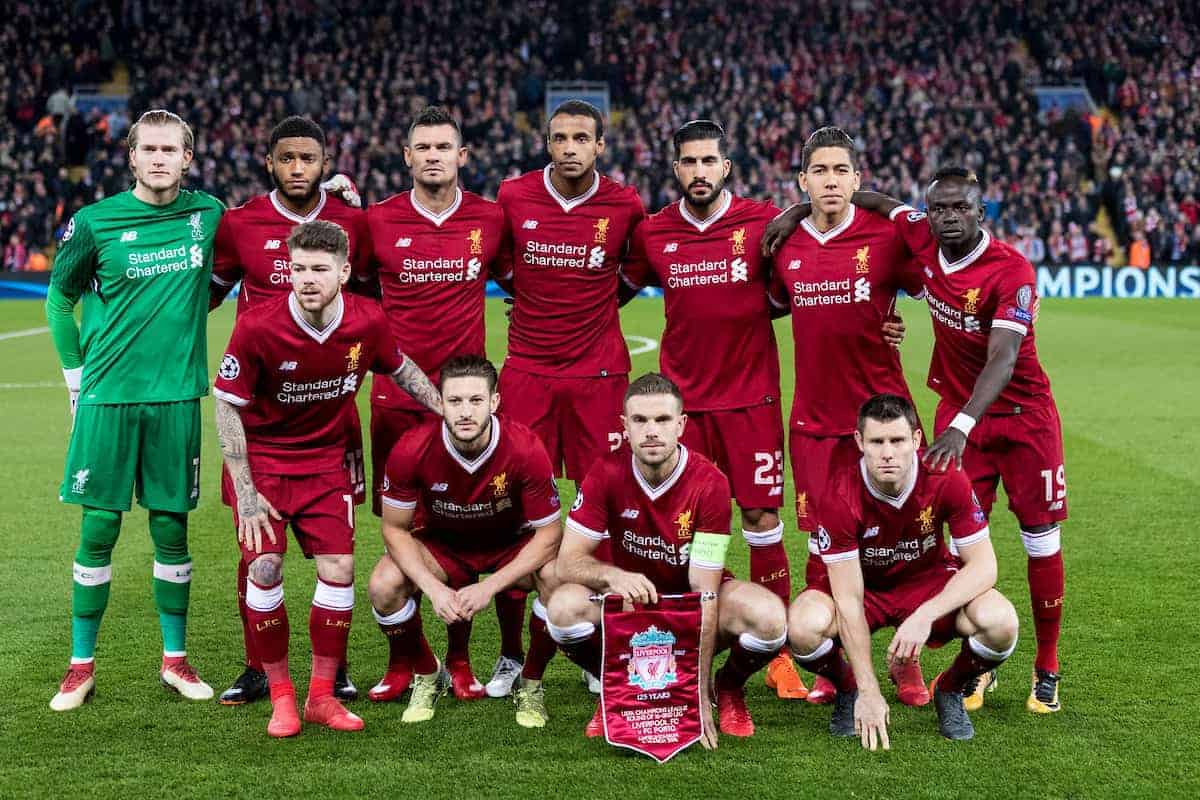 Jurgen Klopp has named a strong but rotated side for Liverpool’s Champions League last-16 decider at home to Porto tonight.

The Reds have already driven a sizeable wedge between themselves and their Portuguese opponents by sealing a 5-0 away win last time out, but still need to complete the job at Anfield.

With a trip to take on Man United in the Premier League to come on Saturday, however, Klopp will have privately acknowledged that major top-four clash as a priority.

As a result, the German has made five changes to his starting lineup for midweek, providing some of his peripheral figures much-needed game time.

Ahead of the the German, Joe Gomez, Joel Matip, Dejan Lovren and Alberto Moreno serve as the Reds’ back four, giving the likes of Virgil van Dijk a night off.

Jordan Henderson keeps his place in midfield alongside James Milner and Emre Can, with Georginio Wijnaldum still out due to illness.

Up front Mohamed Salah is rested, with Klopp turning to Adam Lallana to help Sadio Mane and Roberto Firmino fire the Reds to the quarter-finals.