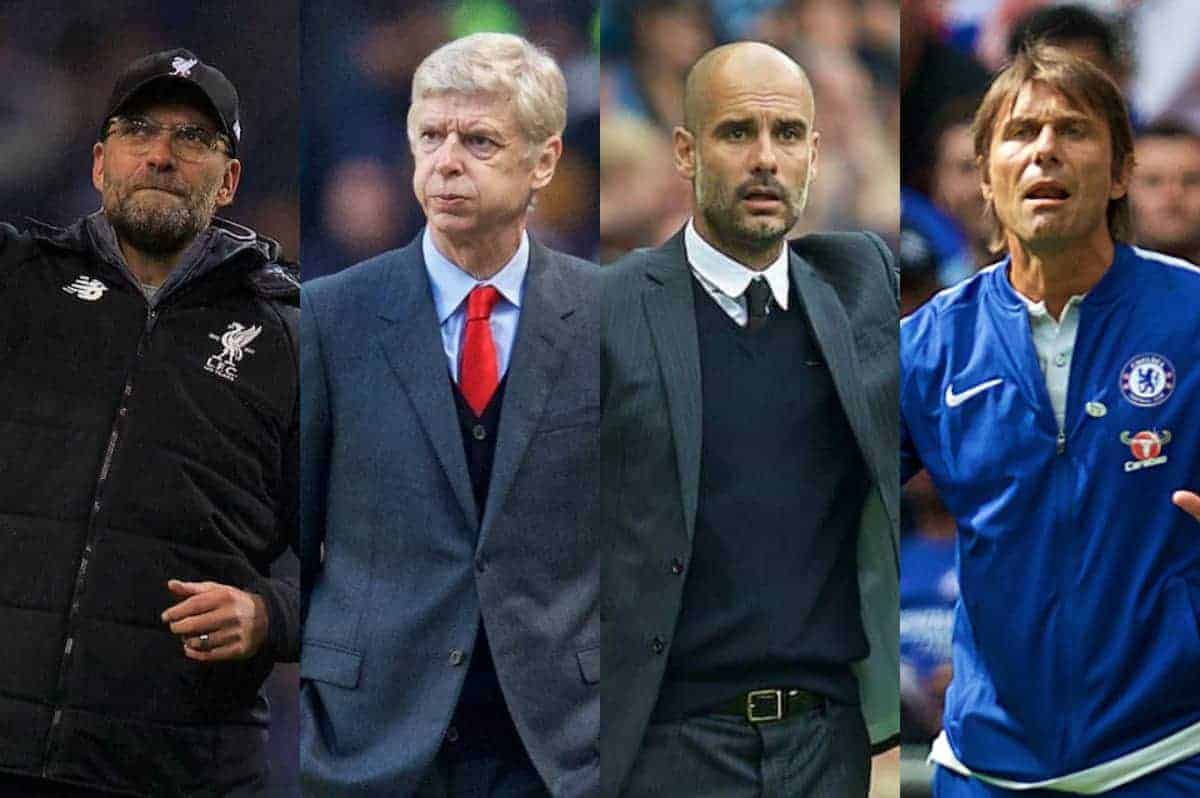 There are a number of intriguing games at the top and bottom of the Premier League this weekend.

Here, Press Association Sport looks at some talking points ahead of the latest round of fixtures.

It has been a bad week for Arsenal and their under-fire manager Arsene Wenger after two 3-0 losses to Man City, in the Carabao Cup final and Premier League at the Emirates Stadium.

The Gunners were not favourites going into either game but the manner of their surrender, particularly at Wembley, has piled the pressure on Wenger.

The Europa League looks to be Arsenal’s only hope of salvaging something from the season, but Wenger badly needs some respite and a win at Brighton on Sunday would help. It is surely now a matter of when, not if, City win the title. Pep Guardiola’s side need only five wins to take the crown.

There was little sign of easing up in their performance against Arsenal on Thursday—until the game was wrapped up, anyway—and City will go all out for another victory against Chelsea on Sunday.

It has been a busy week, however, and Chelsea are good enough to exploit any weariness.

A Chelsea win might only delay the coronation, but it could prevent any chance of it happening after the Manchester derby in April.

Chelsea should also have their own reasons for wanting to win.

Antonio Conte’s men have lost three of their last four games to slip to fifth in the table.

The battle for the Champions League places remains tight but a loss at the Etihad Stadium could allow Man United, Liverpool and Tottenham to move further away.

Conte’s future is uncertain regardless of where the Blues finish, but missing out on a Champions League spot could damage his legacy.

Fired by prolific pair Mohamed Salah and Roberto Firmino, the Reds temporarily moved into that spot last week as they produced another brilliant attacking performance to sweep aside West Ham.

Beating Newcastle, and their former manager Rafael Benitez, on Saturday would lift them back to second, at least until Man United play Crystal Palace on Monday.

That would set up a tense trip to Old Trafford next week.

Next Round in Relegation Fight

The battle to avoid relegation remains tight with even some sides in the top half still in danger of being sucked into trouble.

Stoke are 19th but recent performances under Paul Lambert have been encouraging and they will hope to claim points at fellow strugglers Southampton, who are three places but just one point above them.

The Hammers are 13th but the Swans would draw level with them with a victory.