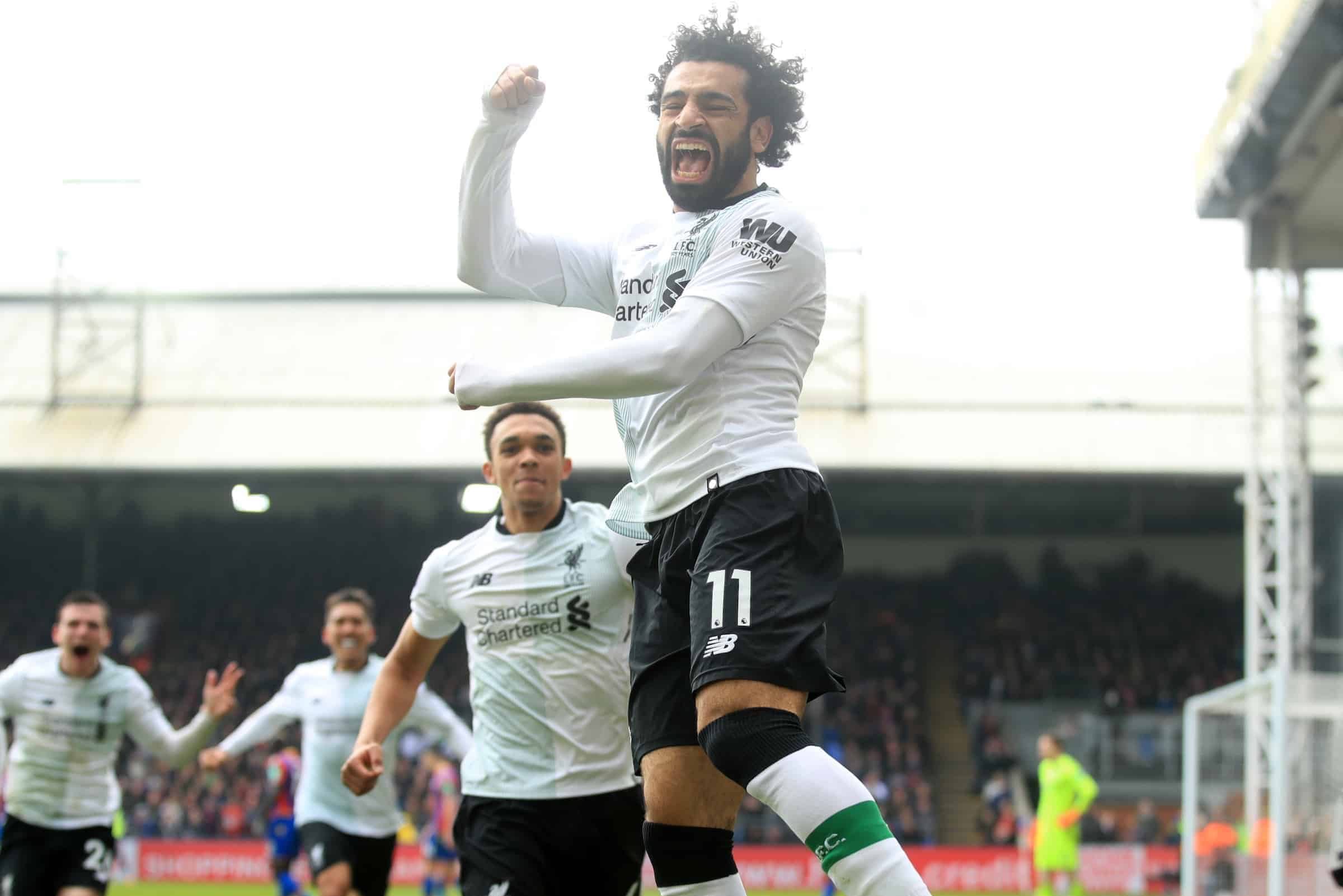 Liverpool produced a spirited second-half comeback to claim a priceless 2-1 win at Crystal Palace and a huge three points for the top-four race.

Jurgen Klopp’s side arrived at Selhurst Park looking to pick up from where they left off prior to the ill-timed international break.

And after a sloppy first half, the Reds fought back to see off Roy Hodgson’s Eagles and record a fourth straight win at the once bogey venue to tighten grip on a top-four spot.

It was a special day for Klopp, who marked his 100th Premier League game in charge of the Reds. The Reds made a controlled start but fell behind to Luka Milivojevic’s penalty just 13 minutes in, after Loris Karius clattered into Wilfried Zaha for the spot-kick.

Sadio Mane saw his header ruled out for offside shortly after, leaving the Reds trailing at half-time after a frustrating first half.

Klopp’s side started the second period with intent and were quickly level, with Mane not to be denied a second time as he turned home James Milner’s fizz across goal. A scrappy contest continued to play out, but Andy Robertson shone down the left flank all afternoon and played a key role in the match-winning moment.

Indeed, just as the game seemed set to end all square, Robertson delivered a superb first-time cross to pick out Mohamed Salah who…well, you know the rest! The boss also savoured the moment as he marked a landmark game with a third sweet successive victory at what was once a notoriously difficult venue for the Reds. It was a hard-fought but priceless win for Liverpool, and one that has piled further pressure on chasing rivals as Klopp’s side established a huge 10-point cushion on fifth-placed Chelsea.

The Reds will now attempt to bring this winning momentum into Wednesday’s mouthwatering Champions League quarter-final first leg with Man City at Anfield.