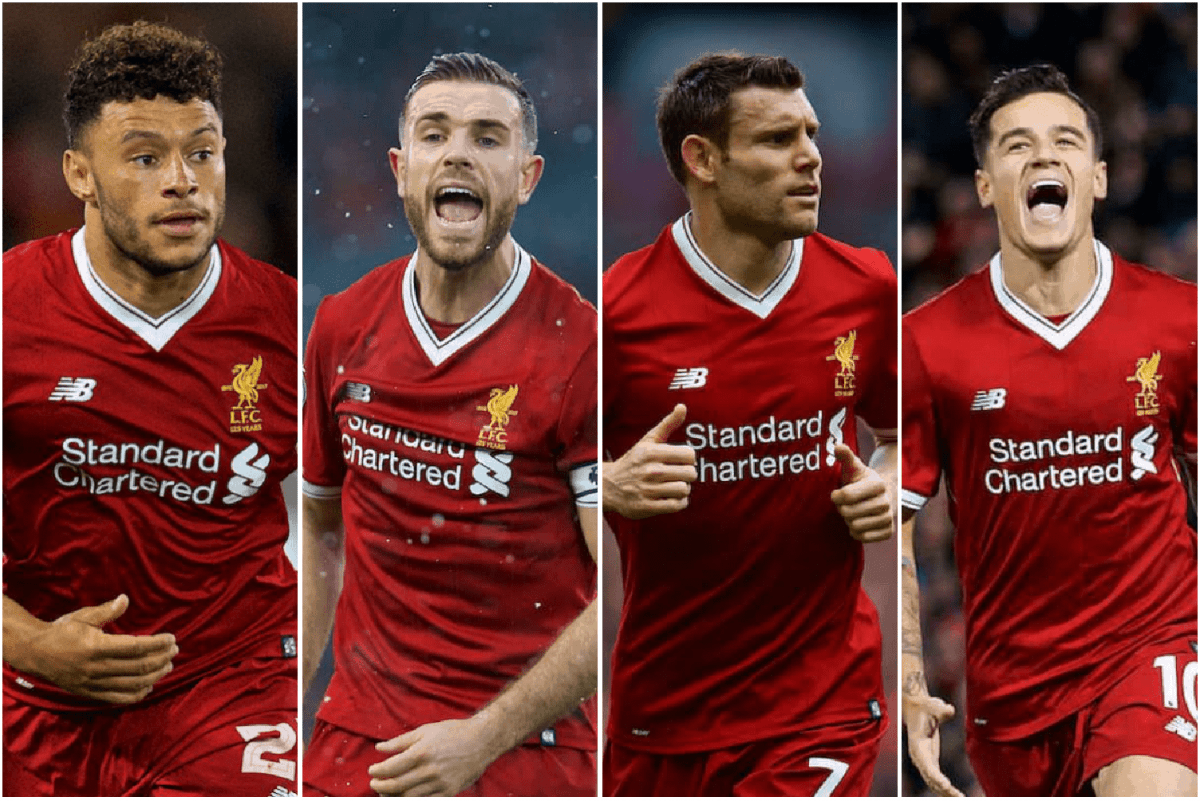 A revolving cast has been in place in Liverpool’s engine room this term, but just which central midfielder has been most influential?

Jurgen Klopp doesn’t have a whole lot of choice over who to field in the centre of the park in the season run-in, with injuries decimating his options.

Emre Can remains sidelined, Alex Oxlade-Chamberlain‘s season is over and, of course, Philippe Coutinho departed in January.

Gini Wijnaldum and the two club skippers, Jordan Henderson and his vice-captain James Milner, are the last men standing.

But it has been a campaign where each have had their turn in the team…and on the sidelines, too, in stark contrast to the front line where a guaranteed front three rule supreme.

This Is Anfield spoke to writers and fans alike to debate just which of the six have been the best, the most influential, the most important to the team this season.

JACK: He has recaptured his vitality

Few could have expected this at the start of the season, especially since he spent the whole of last term at left-back, but Milner has recaptured his vitality in midfield this year.

At 32, that is remarkable, and this is magnified by the quality of his output: only Salah (15) and Firmino (16) have recorded more assists (12), and no player in the history of the Champions League has laid on more goals in a single season (nine).

I love Can, and both Wijnaldum and Oxlade-Chamberlain are brilliant midfielders, but Milner’s influence this season is undeniable, be it his non-stop intensity, his much-needed creativity or those beguiling, sweeping runs into dangerous areas.

Yes, he left halfway through the season, under a bit of a cloud, but it is easy to forget how good he was before his exit.

He chipped in with 12 goals and eight assists, and produced some genuinely stunning strikes, including his last-ever for Liverpool, against Swansea City.

The “Fab Four” only lasted for a brief time, but he was a key member of it, and some of his performance was breathtaking.

The other five midfielders are all good footballers in their own right, but none have done enough to justify being more influential than Coutinho this season.

Henderson is playing really well at the minute but has also been below-par and injured too often.

Coutinho is an incredible footballer. His inclusion makes any team better and he was very influential before he moved to Barcelona in January.

But his replacement, Oxlade-Chamberlain, has been excellent since his arrival.

The midfielder was mocked by his former Arsenal supporters and, based on his first few performances, the criticism was justified.

But then it clicked. He fit in like a missing cog and linked up terrifically with the front three with ease.

His surge in performances coincided with Liverpool’s march to the Champions League semi-finals and he played an integral part in the victories over Manchester City.

Oxlade-Chamberlain gets the best out of Salah, Firmino and Mane and therefore is the most influential midfielder Liverpool have had this season.

SAMEER: Europe wouldn’t be possible without him

Tough one but I’ll say Milner.

Henderson, Can, Gini and Ox have all had good spells in patches, but Milner was the one who delivered every time when called upon.

We can say that this season is a success based on Europe mainly, which couldn’t be possible without Milner who has run 12 km per match on an average. Without him we don’t have legs in midfield.

Coutinho was great but our season improved when he left, mostly due to a change in system, so it’s Milner.

DAVE: If it’s a big game, you know he’s on the team-sheet

Milner. Despite being 32, he’s still managed an incredible 12 assists.

His work-rate and running stats are amazing and Klopp has carefully managed his minutes.

No-one else carries the experience and professionalism of him; if it’s a big game, you know he’s on the team sheet.

KARL: Since Porto he’s been unstoppable

Milner has really come to the fore in the second half of the season and, given how patchy the midfield has been in general all season, that makes him a stand-out.

The movement and aggression he provides in the channels, in both halves of the pitch, is so important to the good work which has gone in on both penalty boxes.

Since the first leg in Porto he’s perhaps been the most consistent player in the team, an unstoppable force with his running and work rate.

AIDAN: Has begun to grow in midfield

Despite a slow start, Oxlade-Chamberlain has quickly developed into a hugely influential player in this Liverpool side.

He has already began to grow in the central midfield role, with license to run at defenders and create space as part of the Reds lethal attack.

The 24-year-old bagged five goals and clocked up a further seven assists in all competitions this season, before his devastating injury against Roma last week.