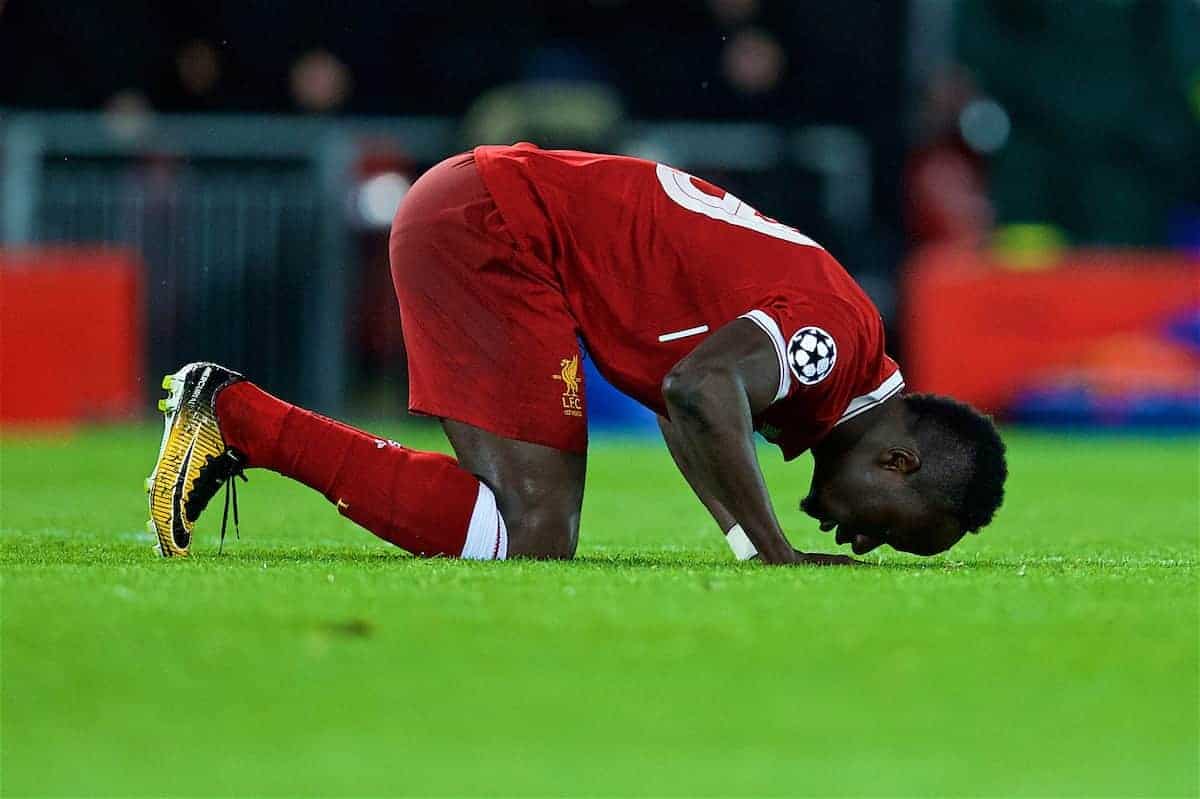 Liverpool surged to a remarkable five-goal lead at Anfield before conceding twice late on to ensure a 5-2 win over Roma in the Champions League.

The Reds headed out of the tunnel to an incredible atmosphere on Merseyside, as dreams of a sixth European Cup grow more likely by the game.

Taking on a Roma side who had defeated Barcelona in the quarter-finals, however, Jurgen Klopp‘s side faced a stern test in their semi-final first leg.

The visitors enjoyed an impressive spell early on, but after a flurry of missed opportunities including two from Sadio Mane, Mohamed Salah fired Liverpool ahead with his 42nd of the campaign.

With the Kop roaring them on with every touch, they then went 2-0 up before the break, with the brilliant Roberto Firmino threading Salah through for a sensational second, and his 43rd.

The Egyptian King then tallied a pair of assists after half-time, first for Mane and then for Firmino, who sealed a brace of his own with a header from a James Milner corner on 69 minutes.

Klopp opted to withdraw Salah with his side 5-0 up, but their intensity dropped immediately, and both Edin Dzeko and Diego Perotti scored late on to give Roma a lifeline in Italy next week.

In both of their previous knockout ties they’ve produced mature displays in the second leg, and the hope will be Klopp can inspire another at Stadio Olimpico.