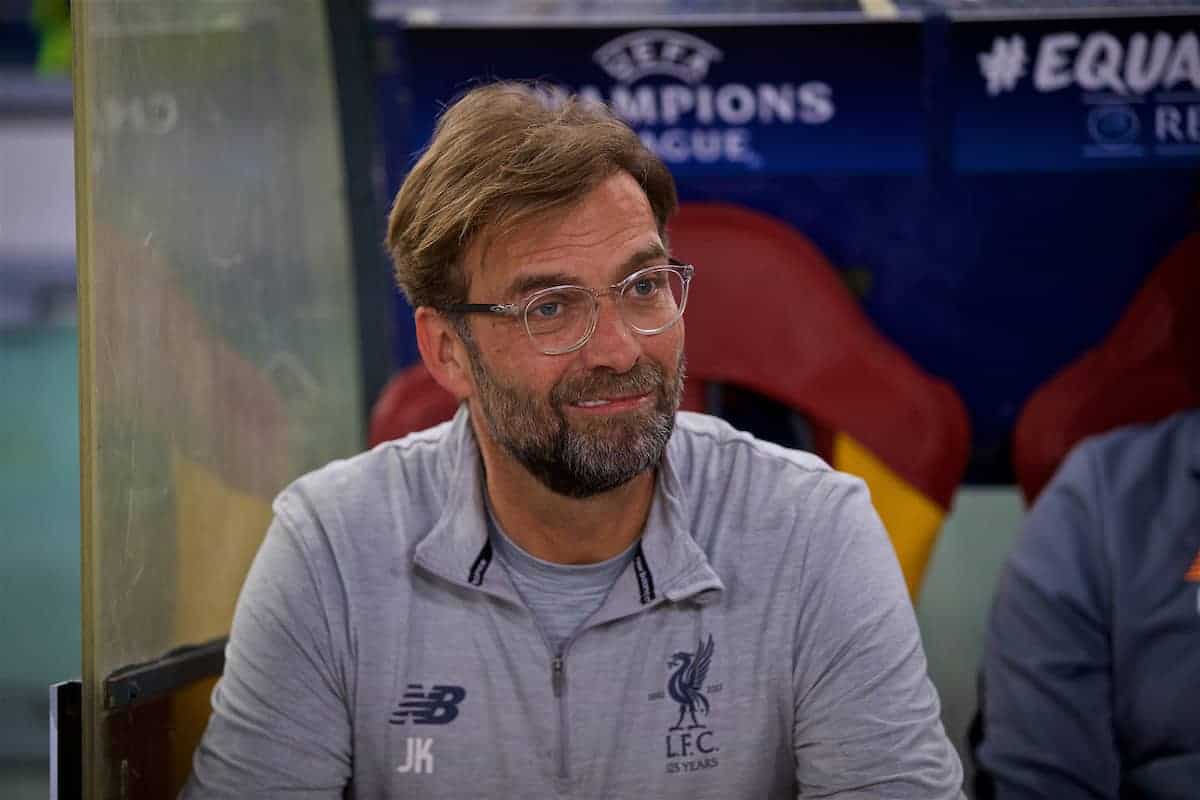 Manager Jurgen Klopp insists there is no reward at the club for finishing runners up so his side have to win the Champions League final against Real Madrid.

Despite a chaotic 4-2 defeat against Roma at the Stadio Olimpico, the Reds set up a meeting with the reigning champions in Kiev on May 26 thanks to a 7-6 aggregate win.

Sadio Mane’s 19th of the season and the rare sight of Georginio Wijnaldum’s first away goal in almost three years were sandwiched between a James Milner own goal in the first half before Edin Dzeko and then Radja Nainngolan with two – including a penalty with the last kick of the game – turned the result but not the tie around.

It will be the third final Klopp has led the side to in three years but having lost the last two – making it five in total for him personally – he knows they need to put silverware back in the cabinet.

“We were in a League Cup final, we didn’t win it. People don’t tell me in the street since then: ‘Thank you for bringing us to the final’,” he said.

“We were in the Europa League final, nobody tells me that. I see no trophies after these games. They don’t hang silver medals at Melwood. That’s the game.

“There’s still a job to do but that’s how it is. Going to a final is really nice but winning is even nicer.

“We will be ready then but is Real Madrid. You cannot be more experienced in this competition than (12-time winners) Real Madrid.

“I think 80 per cent of the team of Real Madrid played all these finals. They are four times in the last five years and still together.

“They are experienced, we are not, but we will be really on fire.

“We have to play two more Champions League semi-finals in the Premier League, that’s the first job to do, but we have two weeks to prepare for the final and we will use that time.”

Klopp believes reaching the final, having started with a qualifier against Hoffenheim in August, is “exceptional”.

“Do we have the widest squad in world football in the moment? No. We don’t have it. That is quite difficult but that this group went to final is exceptional,” he added.

“All the knocks over the season, and stuff like that and we still have to carry on. We cannot say we are already qualified for the Champions League.

“I give the boys the night, they don’t drink alcohol, they can stay a little longer awake. They recover tomorrow and then we go to Chelsea (on Sunday).

“We cannot go to a Champions League final with nice football constantly being better. We have to suffer from time to time, we suffered no problem with that.

“If we scored a third then the game is decided but we didn’t. That’s our fault. Is there anything to criticise? No.

“These boys go constantly over their limit. Constantly. I’m really proud of that. We have to do it three more times and then we can be part of the Champions League again next season and we can be a good opponent in the final.”