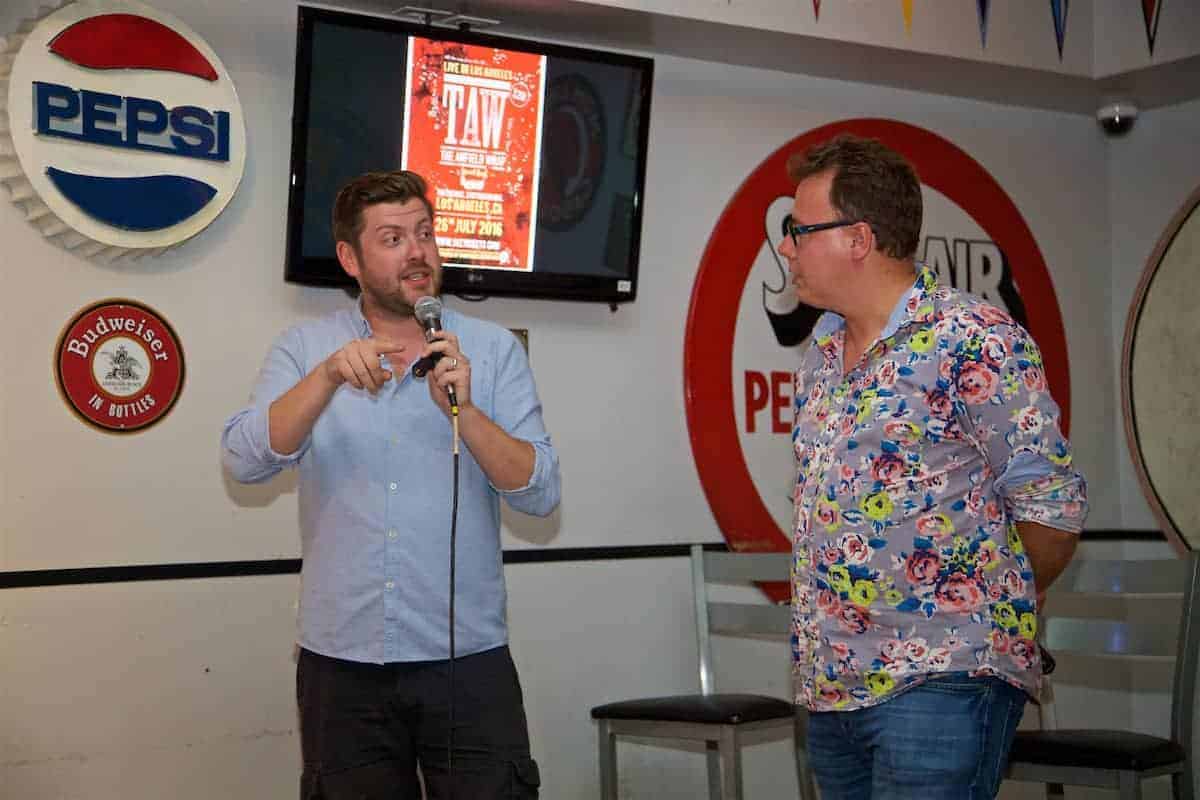 Saturday night sees the Reds go head-to-head with Real Madrid in Kyiv, as they battle for European glory.

It is a dream final in many ways, with two of the continent’s most prestigious outfits doing battle for club football’s greatest prize.

Liverpool supporters are heading to Ukraine in their thousands this week, despite issues with travel and accommodation, and a party atmosphere will be created by the travelling faithful.

The club have confirmed that they are “planning to entertain travelling fans with an exclusive pre-match show at Shevchenko Park on Saturday,” which promises to be as memorable as the pre-match entertainment in Istanbul.

There will be live music and more, with a number of popular Liverpool fan groups taking to the stage. That includes award-winning pair The Anfield Wrap and The Redmen TV, with the entertainment getting underway at 2pm local time.

Back on Merseyside, a sold-out crowd of 30,000 will be watching Saturday’s final inside Anfield, in association with BT Sport.

Paisley Square will be open from 1.45pm, with the club’s Family Park available to all supporters four hours before kickoff.

Food and drink can be purchased on the concourses two hours before the referee’s first whistle blows, and up until 75 minutes into the game.

Turnstiles open at 5.45pm, with last entry at 8pm. Who would turn up after the match gets underway, though?

What a night it will be, wherever you’re watching in the world.