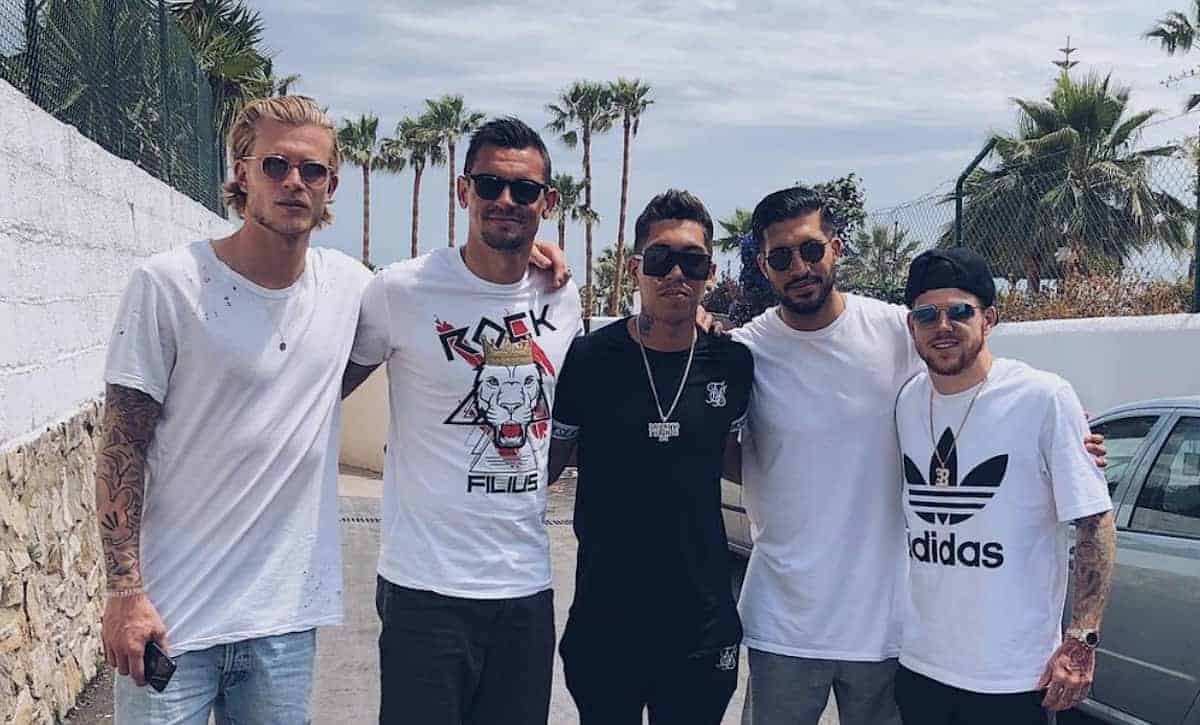 Jurgen Klopp and his Liverpool squad are currently in Marbella on a training camp, and the players have been sharing the experience on social media.

It is just over a week until Liverpool face Real Madrid in the Champions League final, in what is the biggest night of these Reds players’ careers.

Having dispatched of Brighton 4-0 to book a place in next season’s Champions League, Klopp’s men have plenty of time to prepare for the showcase event at Kiev’s Olympic Stadium on May 26.

The decision was made to head to Marbella on Wednesday, allowing the players to train away from Melwood for a few days and feel refreshed.

Klopp himself explained the reasoning behind the trip:

“We’re in a very nice surrounding, but we’re not here because of the weather – it was not the reason to say we don’t go to the south because the weather in England has been good as well – but too many things; too many people want too many things from us in the moment.

“Here, we can close the door when we are in the hotel or on the training ground – and that’s the reason we’re here.

“After one little session, which was mainly a recovery, I know already it was the right decision again.”

Former Red Jan Molby visited the camp this week and says that despite the huge game just over a week away, Klopp’s squad are looking relaxed:

“I couldn’t quite believe how relaxed the players were.

“I asked the manager this, and he confirmed it. He said the boys were relaxed, they were in the rest and rehabilitation stage at the moment and will then go on to begin the hard work.

“As a group of players, you get the impression they are more than ready for a very difficult task.

“That Liverpool on Sunday clinched Champions League qualification for next season will have helped the mood, absolutely.”

While matters are clearly being taken very seriously, our Reds heroes have also been enjoying some downtime in southern Spain.

Roberto Firmino shared great footage of some lighthearted training, and even appeared to do a no-look warm-up at one point!

A ‘bromance’ has blossomed between Mohamed Salah and Dejan Lovren, and the ‘Egyptian King’ posted a video of the two friends deep in conversation, as well as more clips of him training.

Simon Mignolet is clearly in good spirits, despite a starting place in the final looking almost impossible.

Put your hands up if you’re looking forward to the #UCLFinal! ?? P.S. The struggle is real! ???? #LFC #YNWA pic.twitter.com/3iK7Jwhgh3

Gini Wijnaldum and Virgil van Dijk looked effortlessly cool as they strutted the streets of Marbella. Their new mix tape will be dropping soon!

James Milner has become Twitter’s greatest gift since joining recently, and he produced a brilliant post relating to his own goal against Roma in the semi-final second leg.