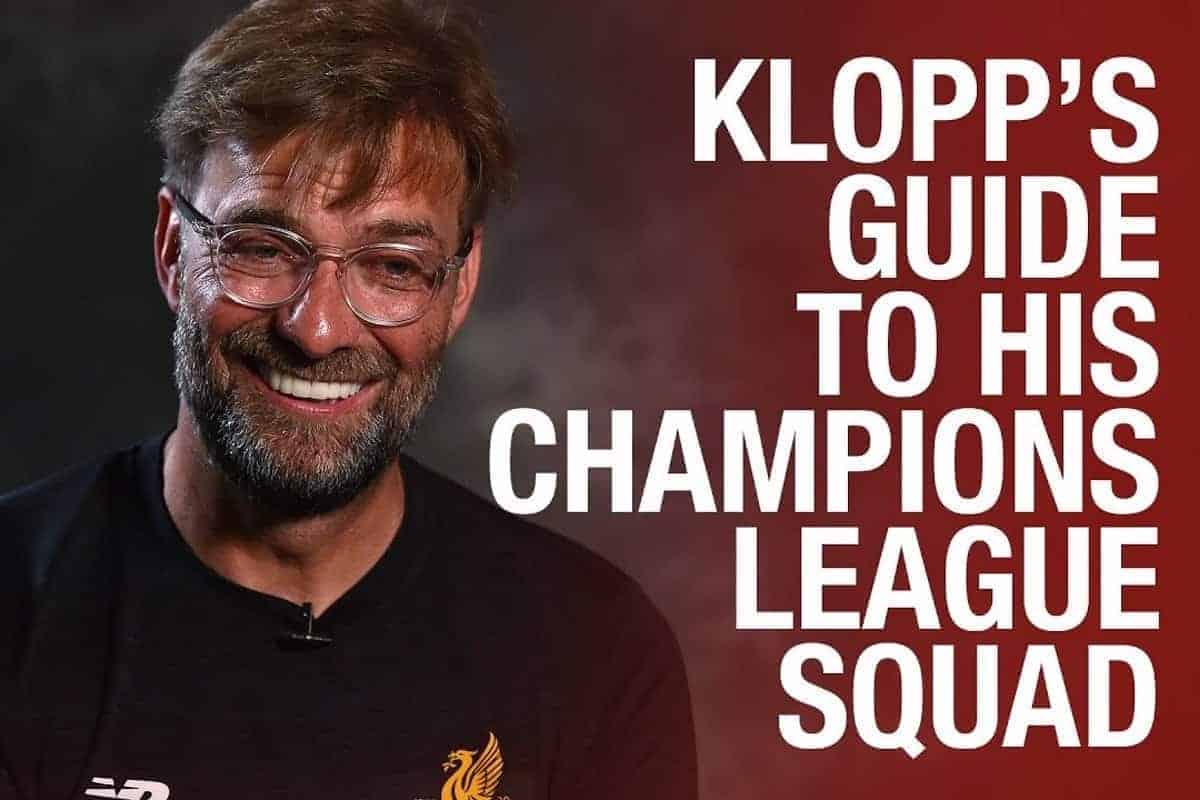 With the Champions League final a culmination of a season of hard work for Liverpool, Jurgen Klopp has praised every member of his European squad.

The Reds take on Real Madrid in Kyiv on Saturday night, and Klopp has named a 24-man travelling group for the showpiece clash at NSC Olimpiyskiy.

Eighteen of those have featured for Liverpool already in the competition, while the likes of Danny Ward and Ben Woodburn have provided able cover as part of the matchday squad.

Klopp has been consistent in his praise of the collective effort on Merseyside, and this was clear as he provided an assessment of every player in his Champions League unit.

His views on key names such as Jordan Henderson, Mohamed Salah and Roberto Firmino came as expected, but more interesting was his take on some of his lesser lights.

The manager described Ward as “probably the best No. 3 [goalkeeper] in the whole of world football,” saying he had “learned a lot of words” from the Welshman’s vocal approach in training.

He explained how Alberto Moreno “could play No. 10, the offensive winger, the right wing, the left wing,” and hailed him as “the best shooter in the squad.” Joel Matip is “a really funny guy” who loves a rondo session, and Woodburn a youngster who Liverpool are prepared to be “very patient [with] as long as he’s patient.”

Klopp hailed Georginio Wijnaldum as having “world-class potential,” and revealed how “if a rule in a training game is not 100 percent he’s the first to realise and moan about it!”

Perhaps the most positive assessment comes for Virgil van Dijk, with Klopp labelling the “big man” as being “worth every penny” of his world-record £75 million transfer fee.

Liverpool’s starting lineup in Kyiv is likely set, but whoever turns out on Saturday night will have the full backing of their manager.