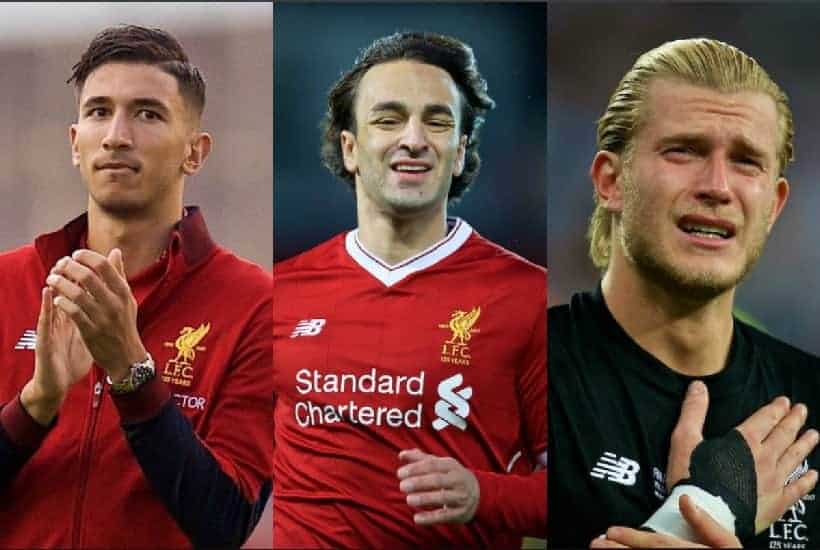 We round up the latest Liverpool news and transfer rumours on Thursday, as the 2018 World Cup finally gets underway.

Liverpool Linked With Another Goalkeeper

This summer feels as though it will be dominated by Liverpool’s goalkeeping situation, with Loris Karius under huge pressure to be replaced.

The rumoured signing of Brazil and Roma No.1 Alisson appears to be unlikely, while Bayer Leverkusen’s Bernd Leno looks set for a move to Arsenal.

According to Il Messaggero, the Reds have now turned their attentions to Lazio stopper Thomas Strakosha, with Jurgen Klopp keen on making him first choice next season.

The 23-year-old enjoyed an impressive season in Italy, making 52 appearances in all competitions and almost helping Lazio reach the Champions League.

Strakosha is a young ‘keeper very much still learning his trade, though, and it makes you wonder if he is the solution between the sticks.

Liverpool need to be signing someone of world-class calibre – if they can’t find a huge upgrade on Karius, should they show faith in him?

Mohamed Salah‘s involvement in the World Cup was thrown into doubt as soon as he left the field at Kiev’s Olympic Stadium last month.

Liverpool’s star man looks to have recovered from his shoulder injury in time to face Uruguay on Friday afternoon, though.

That’s according to Egypt manager Hector Cuper, who all but confirmed that Salah will feature against former Reds favourite Luis Suarez.

“We’ll see how it goes today. I can almost assure you 100% he will play, barring any unforeseen factors at the last moment.”

It would have been a travesty if Salah had missed the biggest international tournament of his career, following such an unbelievable season at Anfield.

There will have been a collective sigh of relief throughout Egypt upon hearing this news, and across most of the watching world, in fact.

Liverpool have found out their fixture schedule for the 2018/19 Premier League season, with West Ham their first opponents at Anfield, on August 11.

Although the dates for each game have already been provided, that is subject to change significantly by the time the new domestic campaign gets underway.

We will have to wait until July 6 to find out when and how much the Reds will be televised, but expect a fair chunk to be shown live.

Sky Sports will be screening 126 top flight matches during the season, while BT will show 52.

It seems highly unlikely that Marko Grujic will be playing a prominent role at Liverpool next season, as he falls further down the midfield pecking order.

Having spent the second-half of last season on loan at Cardiff City, various reports have linked him with a £5million move to Lazio this summer.

Manager Simone Inzaghi has pinpointed him as someone who can bolster the Serie A side’s midfield, leading to a potential link-up with highly-rated Serbia colleague Sergej Milinkovic-Savic in the process.

According to TuttoMercatoWeb, however, Liverpool are only willing to allow the 22-year-old to leave on a temporary basis.

This would suggest the club still see plenty of potential in the youngster’s boots, with selling him at this stage of his career a risk.

The sooner Grujic’s fellow Serb starts a new life away from the Anfield, the better it will be for all parties. The concussion that Karius suffered in the Champions League final has been a major talking in recent weeks, with the severity of the injury often not respected enough in general.

A report in the Daily Mail says that Premier League doctors are increasingly keen on introducing ‘concussion bins’, with the article claiming:

“The proposal would require a change to the laws of the game which would allow for players to exit the pitch for a period of up to 10 minutes if they are suspected of having suffered a concussion during play.

“A temporary substitute would be able to come on during that time as the injured player is treated by an independent doctor.”

Doctors are also thought to be interested on teams using four substitutes, according to the Telegraph, especially if a goalkeeper is the one to have received a blow to the head.

The thought process behind it is that it would “counter the fear that keepers are made to play on if they pick up an injury after all three changes have already been made.”

It sounds like a very wise idea, and it will be interesting to see if these changes are implemented in the near future. Jordan Williams’ time at Liverpool has officially come to an end, having failed to make the grade at Anfield.

The 22-year-old spent last season on loan at Rochdale, making 14 appearances, and he has now made the permanent switch to the League One club.

The Dale confirmed the news on their website, including a bullish statement from Williams about his future:

“I feel as though I’ve got unfinished business here.”

“I had interest from elsewhere, but as soon as Keith Hill got on the phone to me, there was no other club that I wanted to go to.

“It’s a brilliant move for me – I know the Gaffer well and I know that he has wanted me since he found out that there could be a chance of me coming back here.

“I’ve overcome my injury and I’m ready to kick on now.”

A knee injury cut short Williams’ stay at Rochdale last season, with his last match coming in October, but hopefully he can now push on and enjoy a successful career.