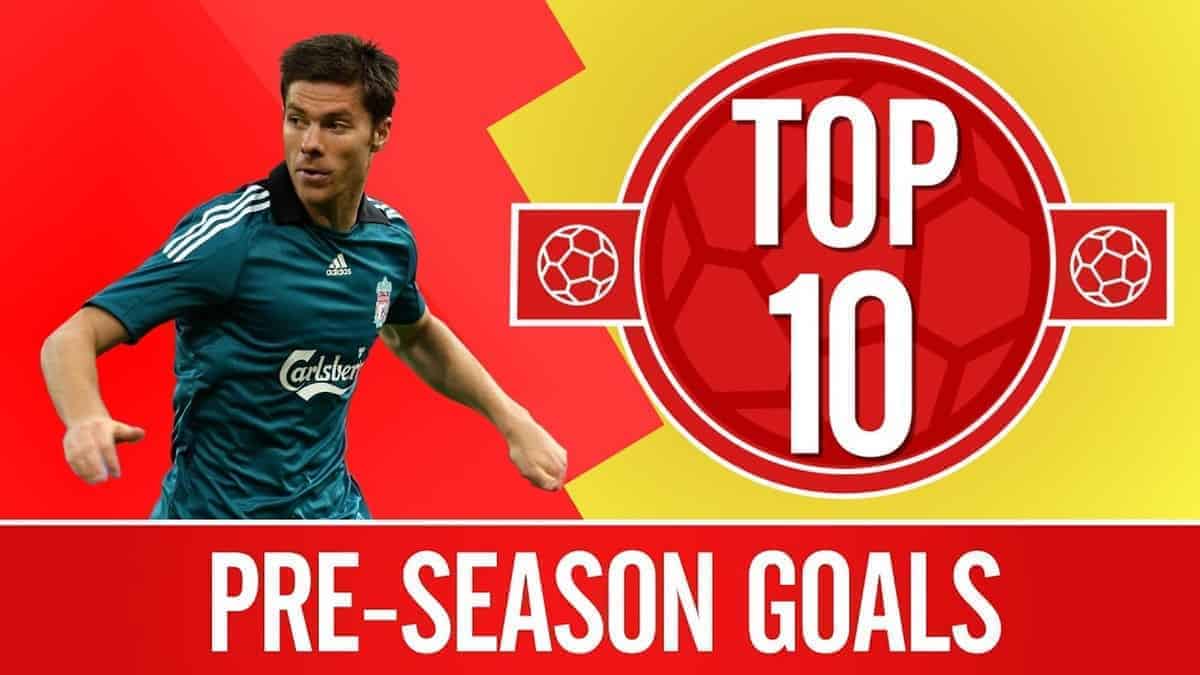 Liverpool are set to kick off a busy pre-season schedule with a trip to Chester on July 7, and Jurgen Klopp can hope for some more great goals.

It doesn’t feel like long ago that the Reds were playing in the Champions League final, but a new season already beckons.

Klopp’s non-World Cup players return to Melwood for pre-season training on Monday, with nine friendlies to look forward to over the summer.

It is a great opportunity for youngsters to shine and others to prove their worth, with competition for places set to be fiercer than ever in 2018/19.

Previous summers have provided us with some memorable moments and the above video counts down Liverpool’s 10 best pre-season goals.

A superb Suso curler from 2014 kicks things off, with the Spaniard’s strike a reminder of the fleeting talent that has since blossomed at AC Milan.

Jordan Henderson doesn’t score many, but when he does they can be spectacular—his inch-perfect effort against Man City four years ago comes in at No. 9.

A trip to Wrexham the summer after Istanbul saw Milan Baros fire home a brilliant volley, while Adam Lallana‘s strike against Thai All Stars came via a Henderson rabona, of all things.

It has become customary for Liverpool to face Tranmere Rovers in pre-season and Marko Grujic‘s superb finish at Prenton Park last year makes it in at No. 6.

The top five begins with an outrageous volley by Christian Benteke away to Swindon Town—he looked so good at that point—and Sadio Mane‘s finishing off of a wonderful team move in the thrashing of Barcelona is next up.

In at No. 3 is a fantastic solo effort by Jordon Ibe in Malaysia and taking the runners-up spot is Grujic, whose looping header completed the aforementioned rout of Barca.

The best Liverpool pre-season goal is adjudged to be Yossi Benayoun’s curled beauty against Tranmere a decade ago—whether it should be top of the pile is very debatable, though.

Let’s hope we get to see a few more belters finding the net in the coming weeks.