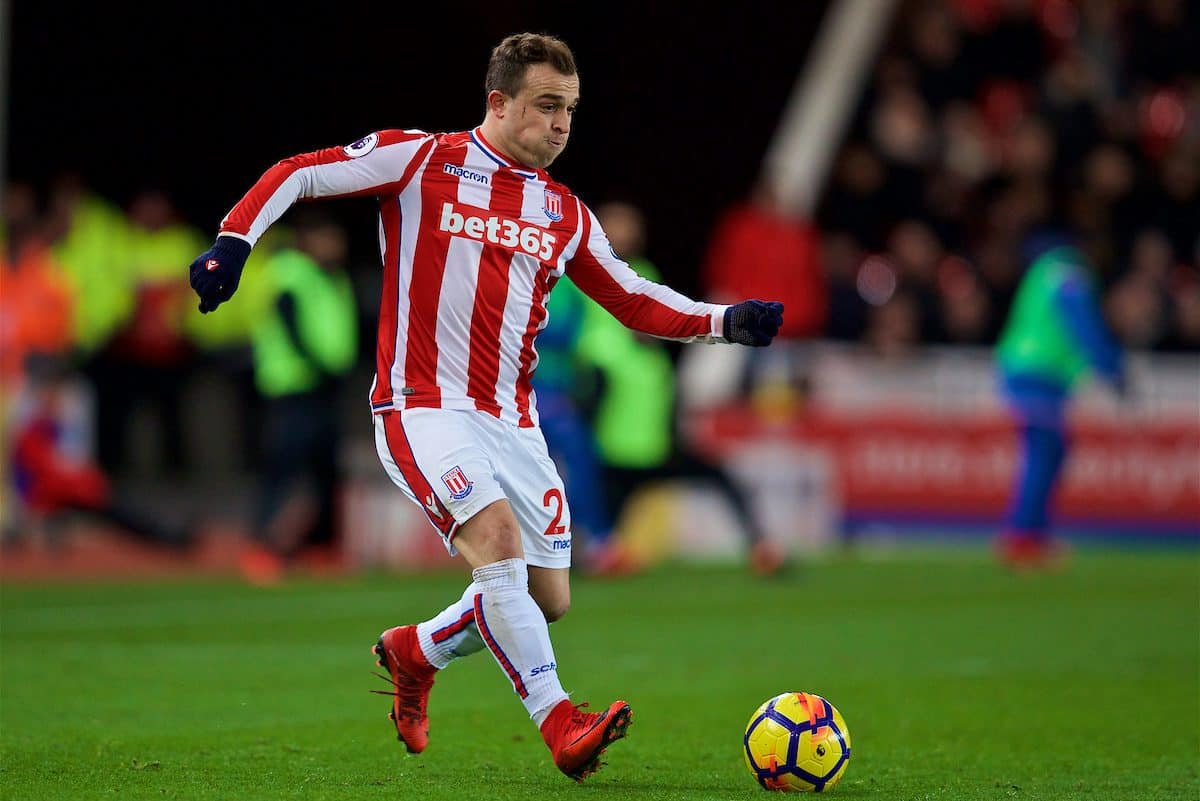 Stoke City winger Xherdan Shaqiri is the latest winger to emerge on Liverpool’s summer radar, with the Swiss touted with a bargain move.

Shaqiri has set his sights on a move away from the Potters after their relegation to the Championship, and is interested in remaining in the Premier League.

Jurgen Klopp is looking to add to his wide ranks this summer, with Gent’s Moses Simon revealed as a target for Liverpool on Tuesday evening.

Now, according to the Guardian‘s Andy Hunter, Shaqiri is an option for Klopp, with the 26-year-old available for between £12 million and £13.5 million due to a release clause.

He has been linked with the likes of Tottenham, Southampton and Huddersfield Town since Stoke’s drop down to the second tier, with the right winger certainly not short of options.

Liverpool currently have Sadio Mane and Mohamed Salah as first-choice forwards, but signing Simon and Shaqiri would provide Klopp with the strength in depth that was sorely missed in 2017/18.

Shaqiri has struggled to settle at a club since leaving FC Basel in 2012, with opportunities limited at both Bayern Munich and Inter Milan.

He often cut a frustrated figure at Stoke, with a paucity of quality around him despite promising recruitment in recent years.

Last season he scored eight goals, assisting a further seven, in 36 Premier League games, topping the charts for both in the Potters’ squad.

Speaking to Aargauer Zeitung last week he said: “It is no secret that I will leave the club. I think the [Premier] league is perfect for me.”

“I would love to stay in England but I don’t want to rule anything out,” he added. “It’s the best league with the best players.”

He was a target for Liverpool back in 2014 under Brendan Rodgers, but Bayern were reluctant to part ways with their 11.6 million signing.