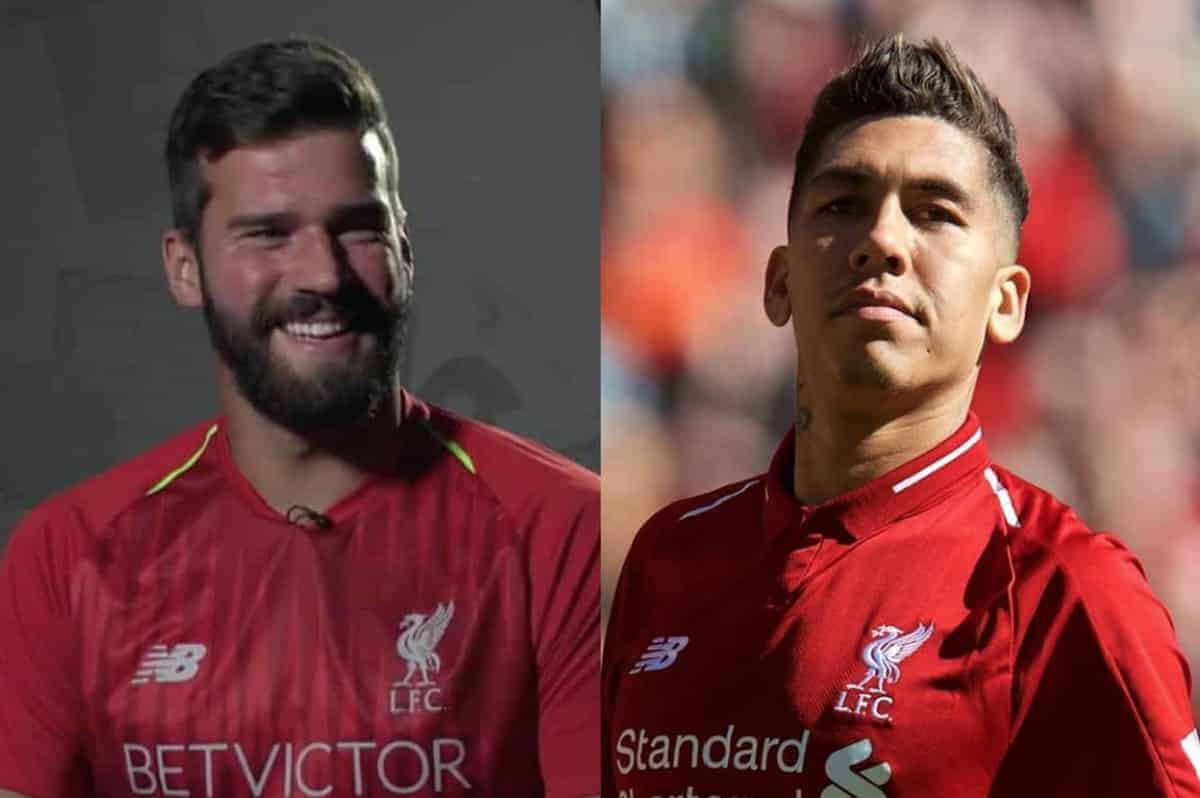 Liverpool have moved forward plans for their pre-season training camp in Evian, with Alisson, Jordan Henderson and Roberto Firmino gearing up to return.

Jurgen Klopp will head to the south of France for a short break in their schedule of friendlies, before flying to Dublin to take on Napoli on August 4.

With the Reds set to play their seventh of nine preparatory games when they take on Man United in Michigan on Saturday night, this will provide Klopp with an opportunity to work closer with his squad.

To that end, they will head to the shores of Lake Geneva a day early, with the Liverpool Echo‘s James Pearce detailing their post-United States agenda.

The Liverpool squad will fly back across the Atlantic on Sunday, before heading to France on Monday, ensuring a lengthy spell before they take on Carlo Ancelotti’s side next Saturday.

They will be join in Evian by Alisson and Firmino, with the Brazilian duo reporting back to Melwood this weekend after their involvement at the World Cup.

Klopp is expecting to hand his new £65 million goalkeeper his debut against Napoli, with Alisson in line to take over from Loris Karius as No. 1.

Meanwhile, Henderson is also claimed to have returned to the Reds’ training ground early, despite the manager’s insistence he take an extended break after England’s semi-final defeat.

It is still unlikely he will be part of Klopp’s squad in Evian, with it feasible he is instead simply utilising the club’s top-level facilities as he undergoes his off-season programme.

Speaking ahead of Liverpool’s clash with United in Ann Arbor, Klopp explained the benefits of the upcoming training camp, away from the distractions of a commercialised pre-season:

“We are a different group to last year. A big part of our success last year was because we were an outstandingly good group.

“I was with our owners yesterday in Boston, I was not with [the squad], ask them. Bowling, shopping—that’s a big part of pre-season.

“On the tour it’s a little bit difficult, but next week when we’re in our camp in Evian there’s nothing else to do apart from football—that’s ‘my’ week.

Liverpool should also welcome Nathaniel Clyne back into the fold in France, after the right-back left the tour early due to the birth of his son.