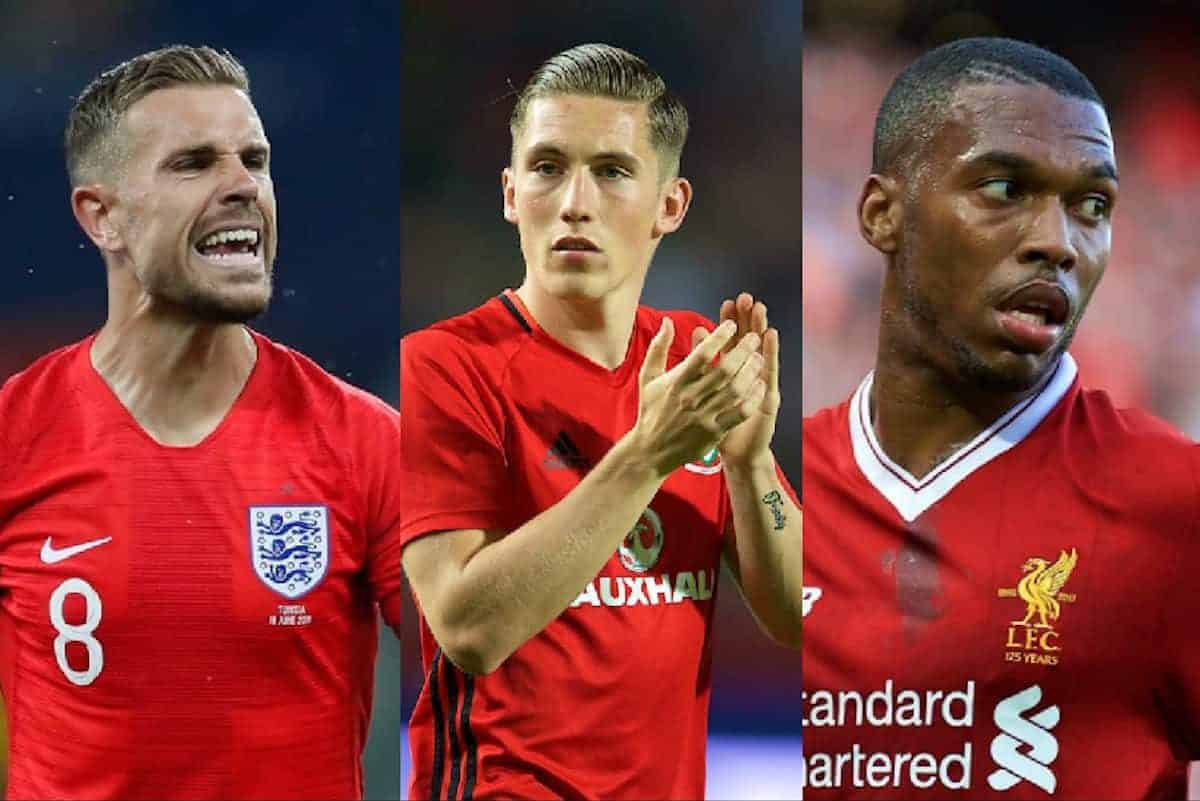 We round up the latest Liverpool FC news and transfer rumours on Monday, as the Reds’ pre-season enters its second week.

Harry Wilson scored twice in an impressive showing on Saturday, as Liverpool thumped Chester 7-0 in their opening pre-season game.

After the game, the 21-year-old spoke about how Mohamed Salah and Sadio Mane have been perfect role models for him.

“As a Liverpool fan I was always watching the games even when I wasn’t here last season,” Wilson told The Redmen TV.

“I always watch Salah and Mane closely as they are the wingers. I look at what they do and see what I can take to add to my own game.

“Training with quality players helps you to become a better player. I’ve had a few chats with Mo and he’s a really nice guy. He’s always been really helpful to me.”

It is going to be fascinating to see how Wilson fares this summer, with Jurgen Klopp deliberating over whether to keep him or loan him out, with many clubs interested.

Saturday’s evidence is promising and suggests he could be a Liverpool squad member in 2018/19.

Another bid of £15.9 million has now been reported in Turkey, and the Mirror‘s David Maddock swiftly took to Twitter on Monday to rubbish the rumours, writing:

“Liverpool have ZERO interest in Croatia centre half Domagoj Vida, despite widespread reports in Turkey claiming bid has been lodged.”

Such interest seemed extremely unlikely when you take into account Vida is 29 and the options Liverpool already have at centre-back.

For his haircut alone, Liverpool shouldn’t even be considering Vida! Case closed.

Has Sturridge Hinted at Staying?

Daniel Sturridge shone on Saturday afternoon against Chester, registering a brace. His second of the day was a trademark curled effort.

It was a timely reminder of the talent Sturridge possesses and his Instagram post after the game had an interesting choice of words.

“Nice to be back in an LFC shirt with a win and some goals. Just the beginning,” he wrote.

So has Sturridge suggested there is still plenty to come from him at Liverpool? Or we are reading too much into it?

Although we have been almost resigned to him leaving for some time now, due mainly to his persistent injury problems, having him around wouldn’t be a bad thing.

Henderson Expected to Be Fit for Semis Jordan Henderson has been one of the first names on England’s teamsheet at the World Cup, performing superbly and proving to be the glue that holds the Three Lions together.

There have, however, been fears about him being a doubt for the semi-final against Dejan Lovren‘s Croatia on Wednesday due to a hamstring issue.

Henderson believes he should make the cut, though.

“I was just a little bit tight before the game, so towards the last 20 minutes I just overstretched and I felt it a little bit,” Henderson told reporters.

“But it doesn’t feel too bad, so hopefully it’ll be fine.”

The 28-year-old would be a massive loss should he be ruled out, but he did train on Monday which suggests all is fine.

Randall Off to Scotland?

It has been clear for some time that Connor Randall has no future at Liverpool, with the defender never up to the Reds’ standards.

The 22-year-old spent last season on loan at Hearts, making 27 appearances, and a return to Scotland could now be on the cards.

According to Goal‘s Neil Jones, Randall “is on the radar of St Mirren boss Alan Stubbs,” although it doesn’t specify whether that would be on a permanent or temporary basis.

Randall has played eight times for Liverpool since making debut against Bournemouth in the League Cup back in October 2015. Chester forward Matty Hughes may not have found the net against Liverpool on Saturday, but that didn’t stop it being memorable occasion.

The lifelong Red has spoken to the Chester Chronicle about how special it was to face his idols—brilliantly admitting Klopp might not rate him:

“It was so surreal and I’ve never experienced anything like it.

“Jurgen Klopp was watching us warm up for about 20 minutes. I could sense he was watching and I think I crumbled a bit. I’m not sure he’ll make a bid for me!

“But it was mad. I’m a massive Liverpool fan and some of those lads I look up to.

“To play against them in front of a full house and to get that kind of experience, it is a memory that will last a lifetime and it is something that I can tell the grandchildren.”

It was a great day at the Deva Stadium and the ideal start to Liverpool’s summer. Hughes will be happy about that!