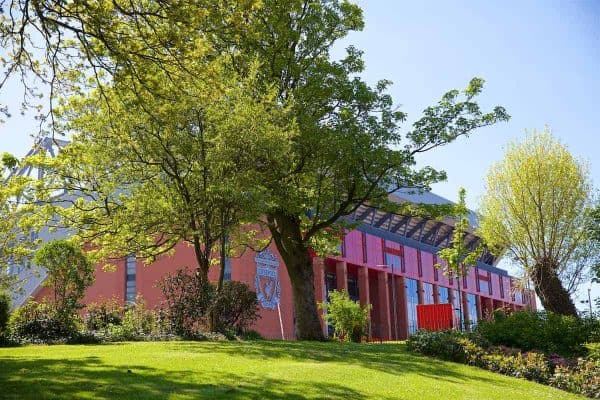 Here’s how to watch Liverpool vs. Torino in their final pre-season friendly on Tuesday evening (7.30pm BST), live online and on TV around the world.

With just six days to go until their first game of the new Premier League campaign, the Reds look to repay their local supporters with a warmup showcase at Anfield.

Jurgen Klopp‘s side take to the field tonight against new opposition in Torino, who were drafted in for this friendly after relations with Borussia Monchengladbach broke down.

Having won six of their eight pre-season friendlies prior to this meeting, Liverpool will look to round off the summer with another victory before the arrival of West Ham on Sunday afternoon.

Those attending the game can expect a community feel, while Klopp can hope for a comprehensive display as the likes of Alisson, Naby Keita and Mohamed Salah find their feet together.

Will the Reds cap a productive pre-season with another impressive display?

Liverpool vs. Torino is being shown live on LFCTV, which is available to live stream through LFCTV GO here.

Liverpool vs. Torino is being shown live on LFCTV for viewers around the world, which is available to live stream through LFCTV GO here.

The Reds’ final pre-season friendly can also be found on the following channels worldwide: