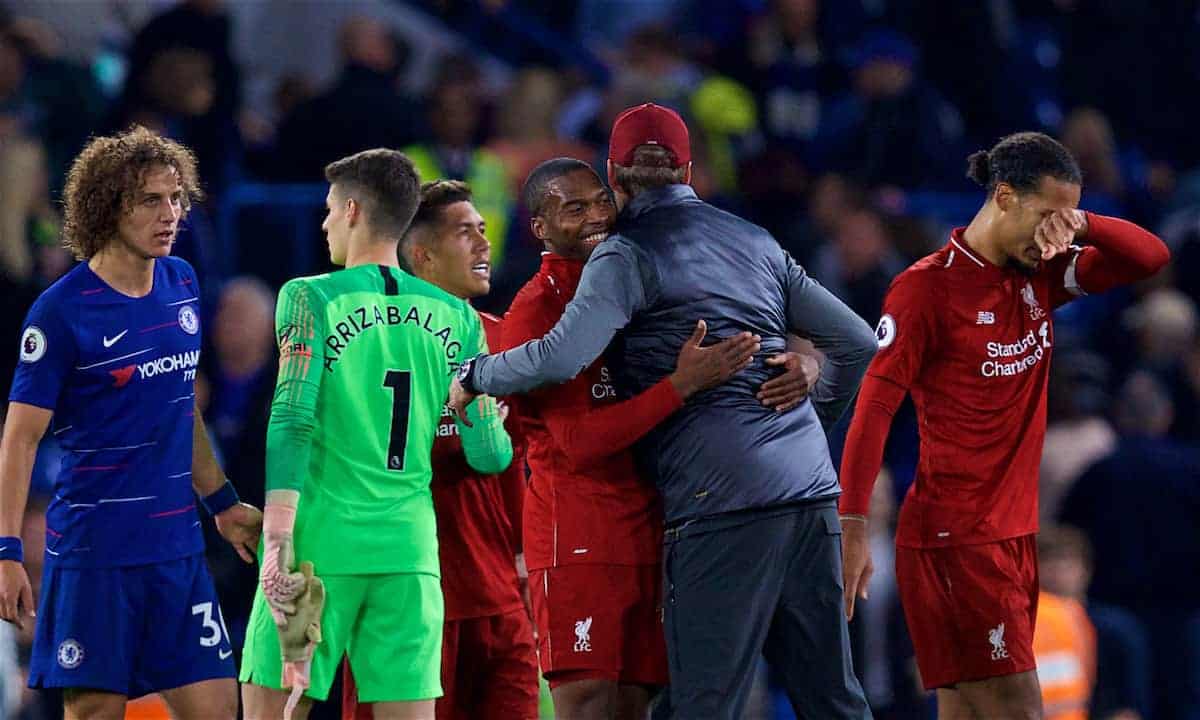 Liverpool salvaged a 1-1 draw at the death against Chelsea to maintain their unbeaten start to the Premier League season, but it was a game of differing performances individually.

The Brazilian has been a mainstay for the Reds since his arrival but prior to the clash at Stamford Bridge he had yet to be seriously tested.

He did not have to wait long this time round, however. An impressive body save to deny Willian on the edge of the box was possible due to his quickness off the mark, but equally on the other side of the spectrum his slight movement to his right meant he could only get fingertips on Eden Hazard’s strike.

Made an important save as Chelsea’s quick free kick unleashed an unmarked Hazard. 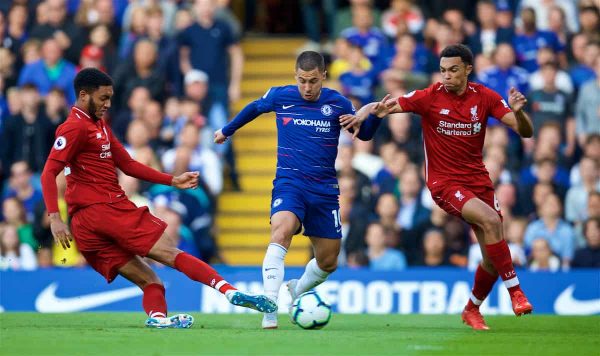 The right-back was an ever-present in the attacking half for the Reds but it meant he was more often than not caught out by Chelsea’s clinical forward movement.

And his aggressive nature was punished as he was sucked infield in an attempt to cut off Chelsea only to see the ball catapulted straight behind him for the game-deciding goal.

The stature and ever-growing confidence Gomez exudes makes him appear like a veteran centre-back, not the 21-year-old with 35 top flight appearances that he is.

Defensively he refused to be frazzled and he oozed confidence on and off the ball and his eagerness to look for the forward pass set Liverpool on a number of adventures upfield.

When his teammates were making sloppy errors he remained composed.

The Dutch defender headed into the clash under a fitness cloud due to a small rib injury, but he showed little signs of it hindering his performance.

He was, again, a man mountain and a show of resilience alongside Gomez, making timely interventions as Chelsea took advantage of the space created by the full backs.

Aerially dominant once more and was always looking to put the Reds on the front foot. A true leader of the side in defence.

After the midweek fiasco that was Alberto Moreno, it was settling to see the Scotland international back on the field to maintain his record as only one of two Liverpool players to have featured in every minute of Premier League action to date.

Yet, like his fellow full-back, he took time to navigate his defensive responsibilities alongside his need to add width to the attack – exemplified by Willian’s early chance which needed Alisson’s intervention.

It wasn’t to the level many expect, but not many of his teammates were either, but his effort levels could not be questioned.

The Liverpool skipper started his second successive league game for the first time this season – his third in total – and he had a mixed game attempting to control the middle of the park.

Henderson appeared to be off the pace for much of the game as the Blues were able to control proceedings and minimise his ability to have time and space to pick out a pass.

With Henderson occupying the deep-lying role Wijnaldum has thrived in throughout the season, he was tasked with moving further afield, predominantly on the right to link Alexander-Arnold with Salah.

He ran the midfield as both Henderson and Milner struggled to make an impact, but the reliance on him to be the creative outlet stunted the Reds’ ability to capitalise on the space he created across Chelsea’s backline.

Almost handed the home side their second on a silver platter after shifting positions following Henderson’s substitution.

Milner was one of only two players to retain their place from midweek and he struggled to have his usual impact which has seen him as one of the club’s most important players to date.

The midfielder, like Henderson, struggled to keep up with Chelsea on the counter and was ultimately part of the substitution which saw Liverpool salvage a point late on.

It was all there for Salah, bar the final product. Liverpool channelled the majority of their attacks through the Egyptian and there was little to criticise in terms of his ability to find space and beat his opposite number – most notably in the first 45.

However, all his hard work was let down by poor execution and a lack of finesse when attempting to set up a teammate or taking a shot of his own – none more so than his effort which was cleared off the goal line after one too many touches forced him out wide.

It didn’t’ get any better for him in the second term as found himself struggling to make his presence felt as the Blues easily outmuscled him. His substitution with the game still on the line unfortunately said it all about his performance.

It was a rather quiet and uneventful game for the winger.

He wasn’t quite at the races, although providing an option on the left flank his finishing, like Salah’s, left a lot to be desired. He’s started every league game to date as well as featuring in the midweek clash, and it was apparent.

Did have a chance to level the scores himself in the second term which required a superb low stop from Chelsea’s stopper. 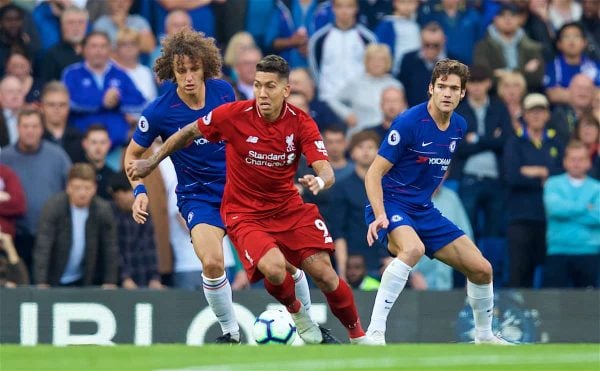 Was tasked with keeping Jorginho’s influence in the middle of the park for Chelsea to a minimum in conjunction to his regular role of linking up and creating space for his teammates.

As ever the Brazilian worked tirelessly and was key in funnelling a number of attacks, but his influence was slightly hindered by both Mane and Salah’s performance.

Had a chance to score himself with a headed effort only for another goal-line clearance to deny Liverpool.

Had a glorious chance to turn in Robertson’s cross but fluffed his lines.

Not enough time to make a impact.

What a stunning strike to salvage a point by the England international. Could certainly get used to that level of impact from the bench. No passes, one shot, one goal – efficient. 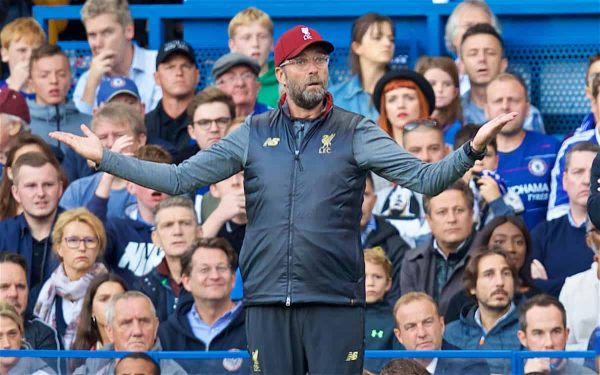 It was always going to be Liverpool’s toughest challenge in the Premier League to date.

Klopp picked the side that most supporters would have picked, and his subs were positive and pro-active which hasn’t always been the case.