Jurgen Klopp has made two changes to his starting lineup for Liverpool’s Champions League opener at home to Paris Saint-Germain on Tuesday night.

The Reds returned from the international break with a strong 2-1 victory over Tottenham, despite having spurned a host of opportunities at Wembley.

They will need to be more clinical to put away an in-form PSG side, as they begin their European campaign with a Group C clash at Anfield.

Klopp only changed personnel in midfield in Liverpool’s first five Premier League games, but this time out he has been forced into a change in attack.

Alisson starts between the sticks, for his first Champions League appearance since taking on the Reds in last season’s semi-finals.

Jordan Henderson is set to start in the No. 6 role, joined by Georginio Wijnaldum and James Milner in midfield.

And in attack, Mohamed Salah and Sadio Mane will hope for a more productive evening as they support Daniel Sturridge up front. 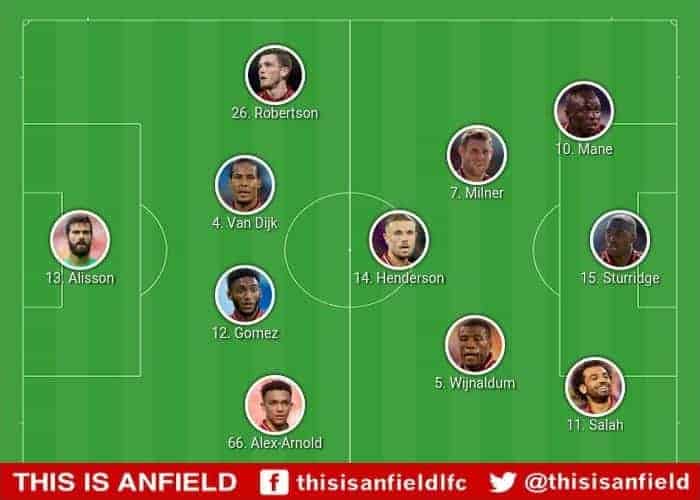 Roberto Firmino starts on the substitutes’ bench after an eye injury forced him off midway through the first half on Saturday, joined by Fabinho, Naby Keita and Xherdan Shaqiri.