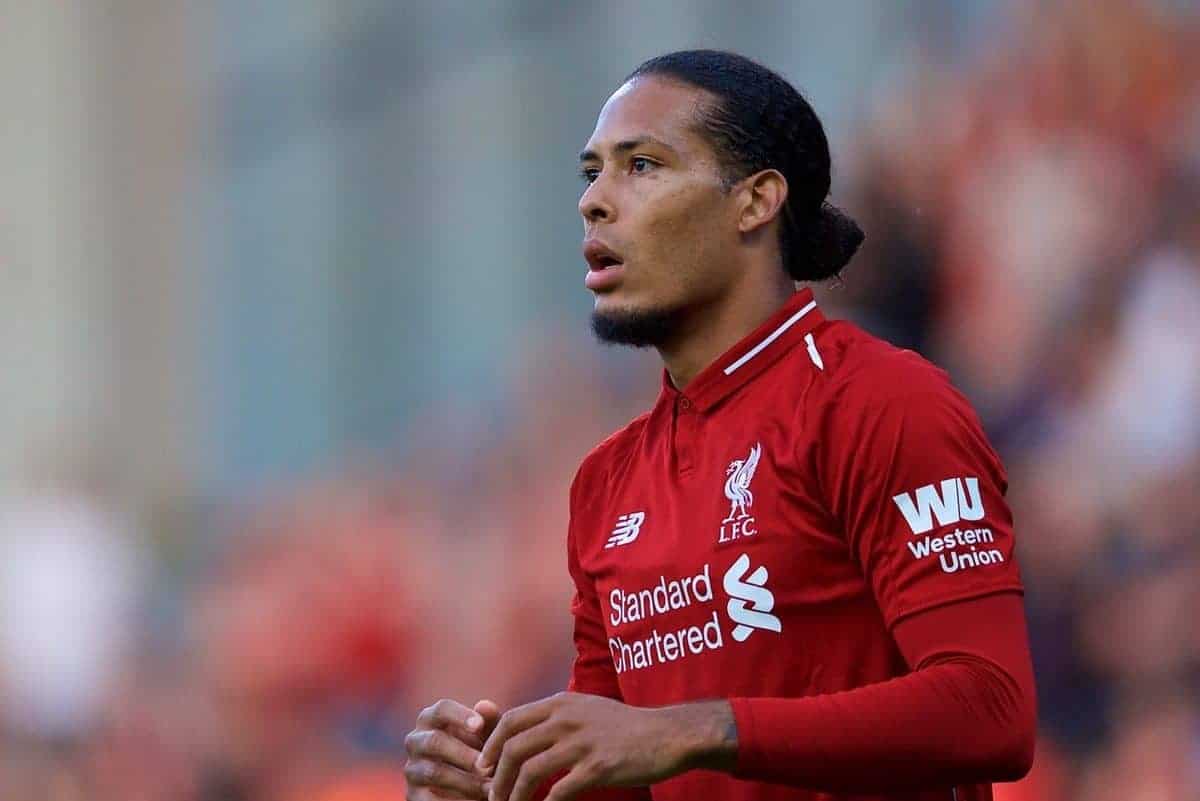 The Reds take on their title rivals in domestic cup action at Anfield, on the back of a record seventh win in a row to start the campaign.

Their historic 3-0 victory over Southampton came at a price, however, as Van Dijk was forced off the field against his former side having suffered a rib injury.

Speaking after that game, Klopp insisted the problem would “not be too serious,” and that the ex-Saints centre-back “should be absolutely OK.”

Whether he would be available for the midweek tie was questionable, however, and during his pre-match press conference on Tuesday the manager effectively ruled him out as a precaution.

“He’s much better. It’s painful. Nothing else, but painful is already not too cool,” he said.

“We will deal with that, but it’s already better. As we thought after the game, it’s not too serious, but it’s not nothing, so that needs to settle for sure.

“I didn’t speak to him today so will see how he comes here, and we’ll make a decision for him.”

Klopp confirmed one of the changes he would make on Wednesday night, with Simon Mignolet set to take over from Alisson for his first appearance of the season.

The Belgian was pushing for a move away from Merseyside in the summer transfer window, and criticised the club’s decision to loan out Loris Karius and not him as “bizarre.”

But since then, Klopp claims Mignolet has settled and has been in “brilliant” form on the training ground.

“He trains fantastically. He deserves the game tomorrow, absolutely. I’m really happy to give him that opportunity, that’s all,” he said. 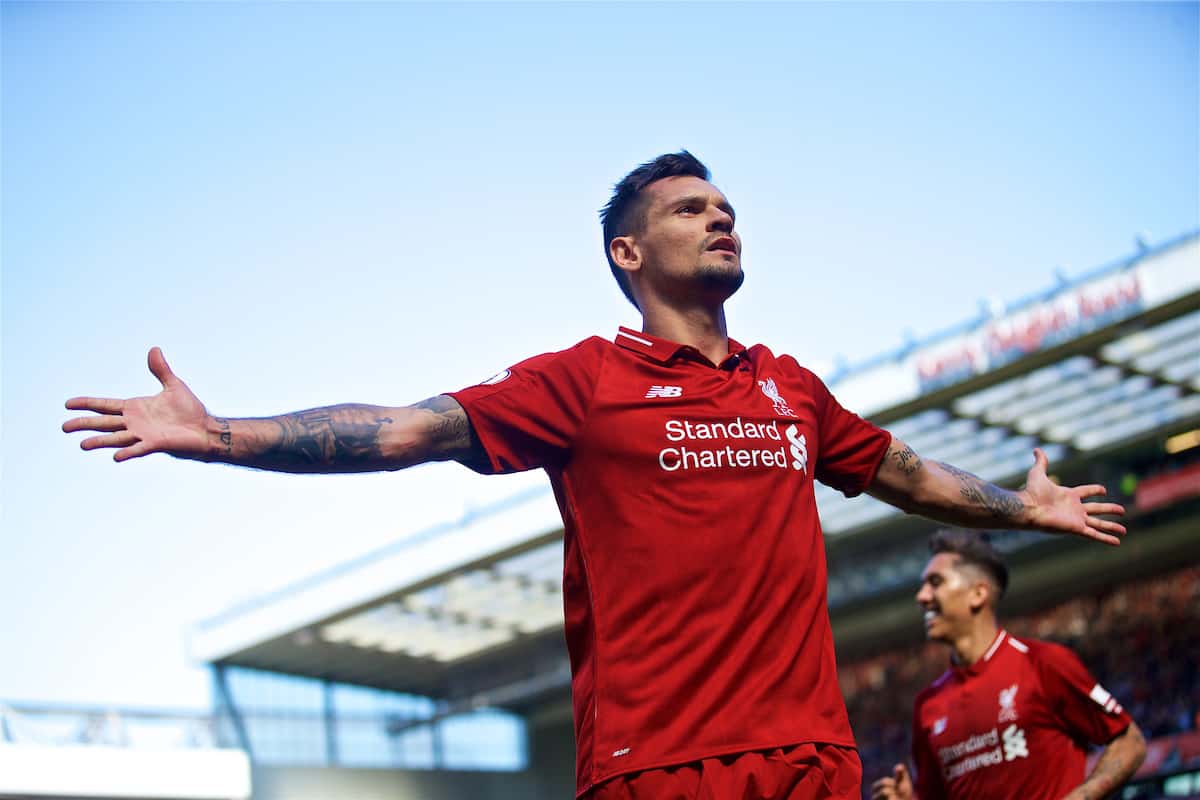 Elsewhere, Klopp hinted at a readymade replacement for Van Dijk in Dejan Lovren, who has “trained completely normally now four times,” after a long-term stomach issue.

“He had a very intense period before that, he trained with the fitness guys already for 10 days or so before we took him into normal training. He looks ready,” he added.

Meanwhile, Divock Origi will miss out due to an ankle injury, with Klopp explaining how “his ankle was the problem he had after the Everton game years ago.”

He added that Adam Lallana “will now come back step by step,” while Dominic Solanke is “completely back” after concussion.

Alex Oxlade-Chamberlain and Rhian Brewster are long-term absentees due to knee injuries.