Liverpool will be without key midfielder Naby Keita for at least a fortnight after he picked up a hamstring strain on international duty.

Jurgen Klopp has had to watch on with growing frustration through the international break, as several players picked up knocks.

Thankfully, most don’t seem to have been too bad in the end: Virgil van Dijk and Mohamed Salah are already back in training after missing an international match each, while Sadio Mane has had surgery on his hand.

But Keita will be sidelined for a while longer, with Huddersfield, Red Star at home and Cardiff City all looking like matches he’ll miss, reports David Maddock of the Mirror.

While Keita hasn’t quite hit the heights he’s capable of yet this season, there has been plenty of promise about his game in spells.

An early season link-up with Roberto Firmino looked promising, while he also dovetailed nicely with Daniel Sturridge in pre-season.

His absence from the centre of the park has left the Reds looking a little predictable at times, with James Milner, Gini Wijnaldum and Jordan Henderson all playing in a similar manner as a trio. 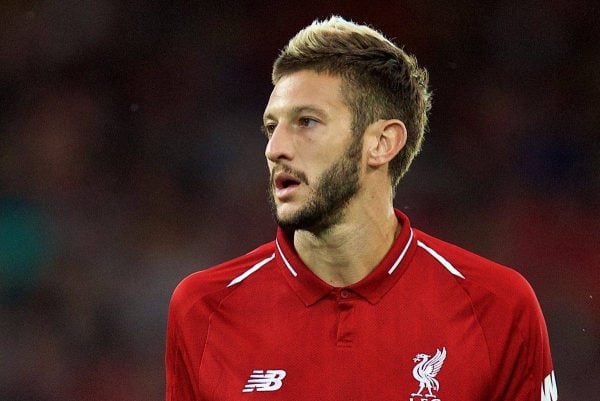 Klopp may, as a result, look to either of Xherdan Shaqiri or Adam Lallana to step up and bring some creativity to the centre of the park.

Alternatively, Fabinho may see an opportunity to come in and play the No. 6 role, with Henderson moving further forward.

Milner is also an injury doubt for the weekend match at Huddersfield, despite making a much quicker-than-expected return from his own hamstring complaint.