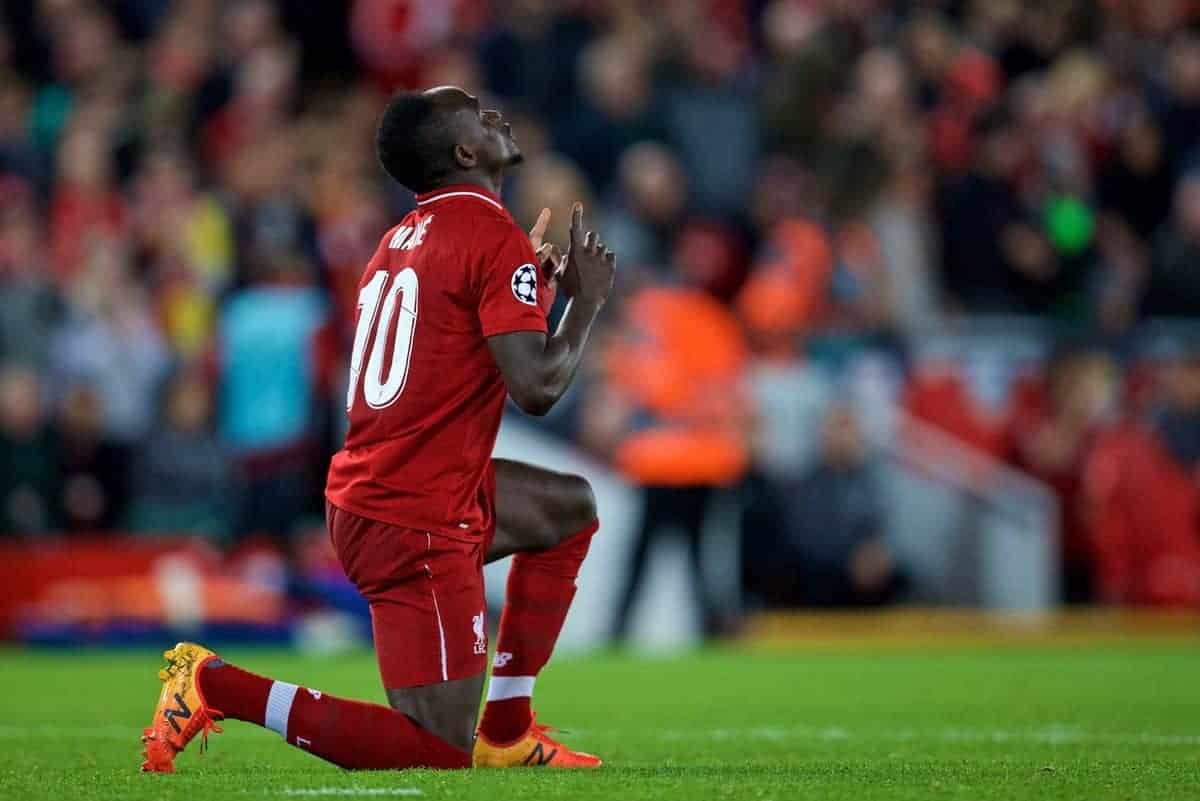 Liverpool produced a stellar display as Roberto Firmino, Mohamed Salah and Sadio Mane all scored in a 4-0 victory over Red Star Belgrade on Wednesday.

The Reds arrived at Anfield on the back of reasonable form, but struggling to marry their defensive solidity with cutting edge in the final third.

A close 1-0 win at Huddersfield at the weekend was testament to this, and Jurgen Klopp will have expected a similarly tough night against the Serbian SuperLiga leaders.

But after a difficult start, Liverpool clicked into gear in fine fashion, with new signings Fabinho and Xherdan Shaqiri particularly impressive.

It was Shaqiri’s through ball for Andy Robertson that led to Firmino’s opener, with the Brazilian eclipsing Dirk Kuyt and Terry McDermott with his 13th Champions League goal.

Salah doubled the Reds’ lead after another creative burst Shaqiri, before scoring his 50th for Liverpool from the penalty spot after a debatable call.

The hosts were awarded a second spot-kick late on, but Mane saw his strike saved well, only to net Liverpool’s fourth with 10 minutes to spare. 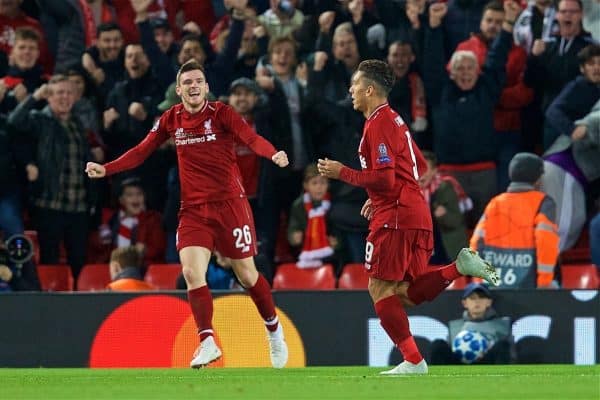 With Paris Saint-Germain and Napoli drawing 2-2 in Paris elsewhere on Wednesday, Klopp’s side moved to the top of Group C.

This was a statement night for the Reds, and after a tough spell that saw them lacking up front, the hope is they can continue this form when they take on Cardiff City on Saturday.

Next up in the Champions League is a trip to Belgrade for another meeting with Red Star, only this time in front of a feverish Serbian crowd.