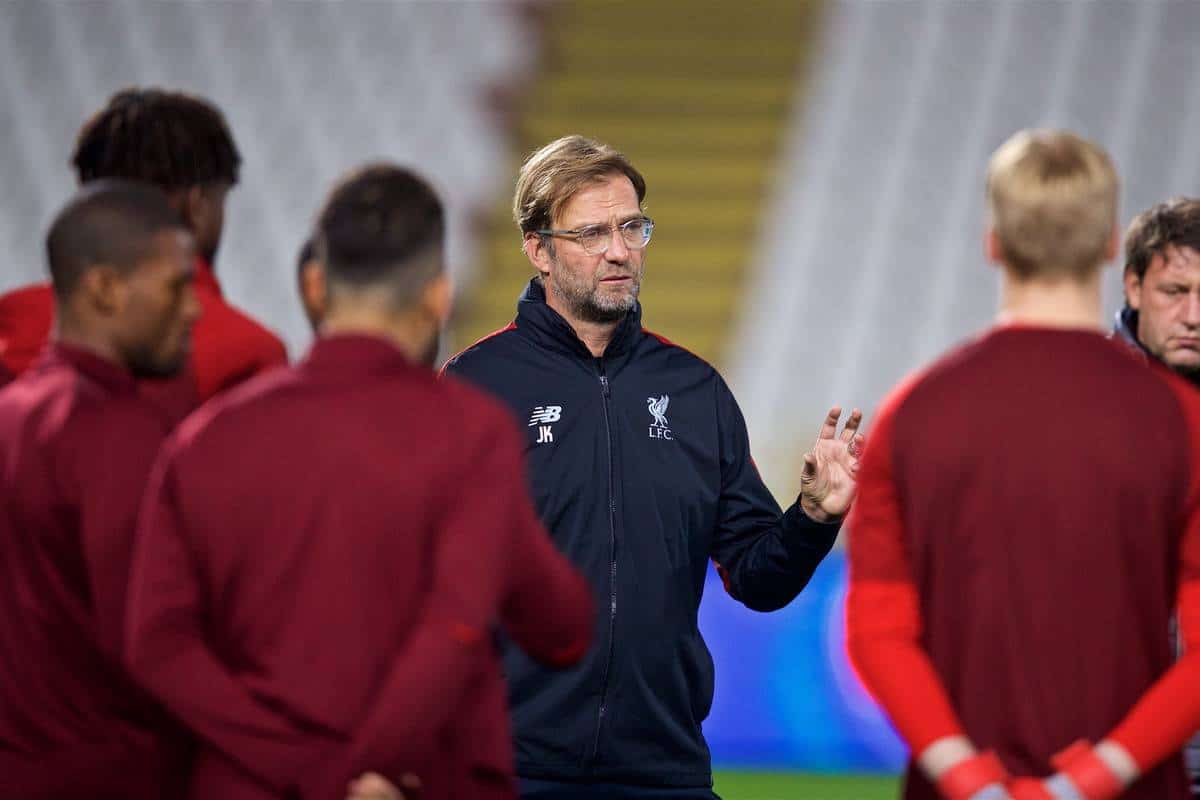 Liverpool manager Jurgen Klopp insists it is time to put right the wrongs of their inconsistent Champions League campaign.

Three away group game defeats have left the Reds needing to beat Napoli either 1-0 or by two clear goals at Anfield on Tuesday.

The on-the-road rot began in Naples where Klopp’s side controlled much of the game only to concede an added-time winner to Lorenzo Insigne.

They have since lost to Red Star Belgrade and Paris St Germain away from home to leave them in third place in Group C facing a win-or-bust – with certain caveats – home game against the Italians.

“We knew it after the Napoli game that that was not good enough. Belgrade was not better. Paris was an OK away game, in the Champions League you can lose against PSG in their stadium,” said Klopp.

“We gave them a proper game but we lost it. So far at home we are good, we have to be even better tomorrow night.

“I told the boys, I really think if nothing special happens with referee decisions, we get tomorrow night what we deserve.

“We caused the situation in a good way and in a bad way. Now we have the chance to go through, that is special after the campaign we played so far.

“It is a big opportunity for us and we will try everything to put it right.

“If someone gives you a chance, it is about you and using it.”

Liverpool went top of the Premier League at the weekend after they beat Bournemouth and Manchester City lost at Chelsea.

That put them one point ahead of Pep Guardiola’s side but Klopp said it meant nothing at this stage of the season and would play no part in their preparations for the Champions League.

“We will not change. It is December, not even Christmas. The season ends in May. We will not get carried away. We know how difficult it is,” he added.

“We are not the most experienced side but we know our way and that is exactly which way we will go.

“The league is not too important in the moment because we play tomorrow night against Napoli.

“We were confident before the other games as well, especially before Belgrade and that didn’t help. We have to make sure we are ready.”

Defender Virgil Van Dijk, who has played all but 35 minutes of every Premier League and Champions League match this season, insists the players barely discussed the significance of moving ahead of City in the table.

“We didn’t speak about it too much together,” said the Holland centre-back.

“You get messages, you see all these things on the internet but the season is very long, big games next week. It can change. Hopefully it won’t.

“I think it is a totally different game tomorrow, different situation. It is basically like a final for us and we need to win and hopefully don’t concede and if we do, win by a lot of goals.