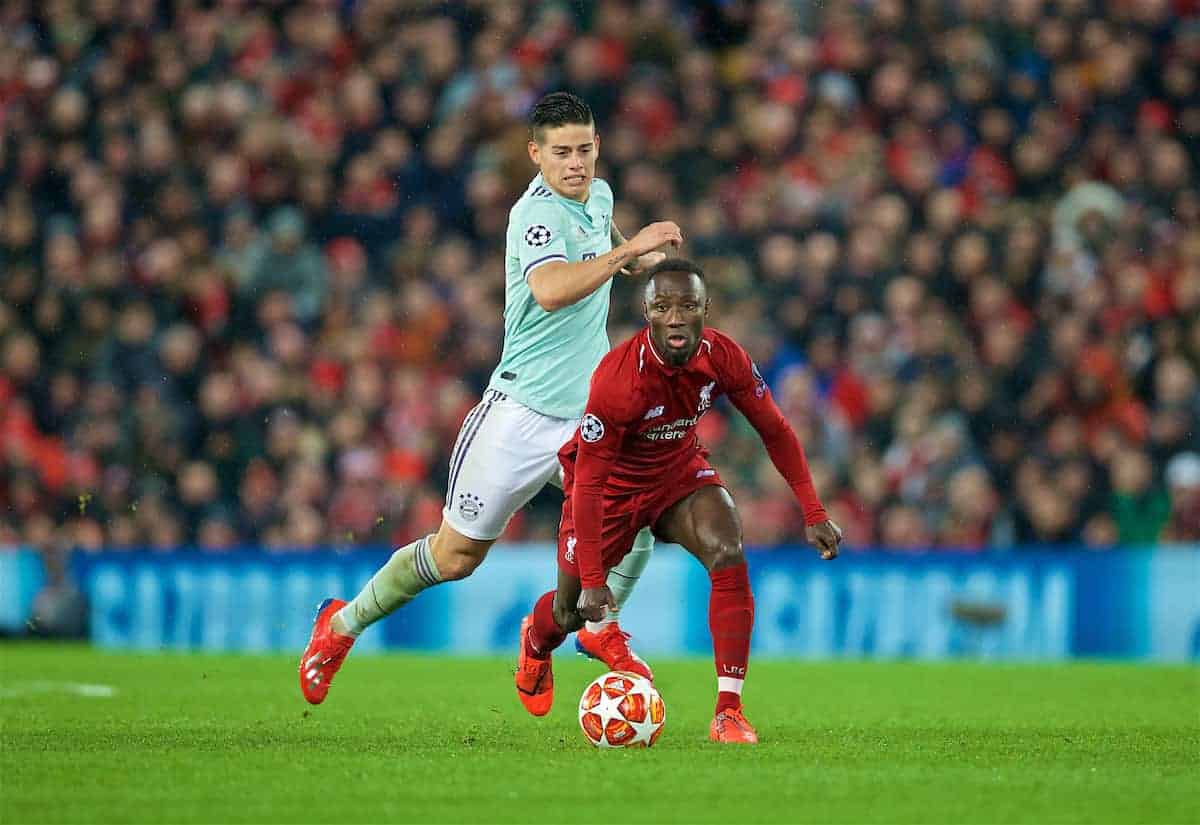 Liverpool couldn’t break down a stubborn Bayern Munich rearguard on Tuesday evening, but a number of individuals caught the eye.

Jurgen Klopp‘s side encountered a resilient Bayern outfit at Anfield, on a night when defensive expertise outshone attacking flair.

Joel Matip came perilously close to finding his own net in the first half but was bailed out by a point-blank Alisson save.

Sadio Mane missed a huge opportunity to open the scoring, while Serge Gnabry narrowly missed the target for the visitors.

The 0-0 scoreline was ultimately a fair one.

Although some supporters were despondent after the final whistle, Liverpool are very much in the tie, with no away goals conceded a clear positive.

We have compared our ratings with those from the Liverpool Echo, the Mirror, the Independent, Sky Sports, Anfield Index, FotMob and the This is Anfield readers: 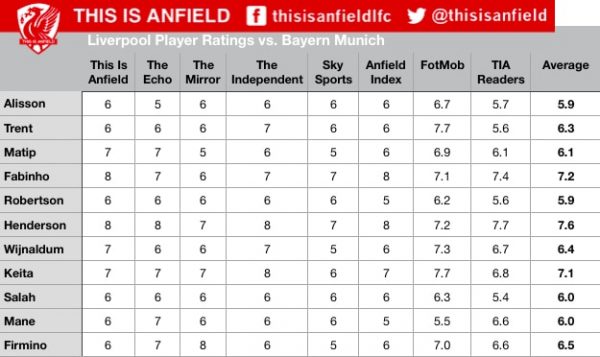 The star man on the night was Jordan Henderson (7.7), who earned the highest average rating and a host of Man of the Match awards.

Liverpool’s skipper led by example from minute one, producing arguably his best performance of the season, against high-class opposition.

The Liverpool Echo‘s Ian Doyle described Henderson as a “driving force” for the Reds, while the Mirror‘s David Anderson felt he was “dominant in the No.6 role”.

It was also a good night for Naby Keita (7.1), with the Guinean cutting a more confident figure and starting to really tick in the midfield.

This is Anfield’s James Nalton said he was “unpredictable, in a good way’, which seemed to sum up his exciting display perfectly.

FotMob had Keita as their best player on the night, thanks to 12 duels won out of 16, and four successful dribbles and ball recoveries apiece.

Nalton claimed the Brazilian “performed admirably” at the heart of the defence, while This is Anfield’s readers only rated Henderson higher at Anfield.

Andy Robertson (5.9) experienced a rare off-night by his high standards, sharing the joint-worst combined rating with Alisson (5.9), whose distribution was nervy throughout.

Anfield Index highlighted that Robertson was “skinned multiple times” by the dangerous Serge Gnabry and his final ball was also criticised.

Attention now swiftly turns to a vital Premier League game on Sunday afternoon, as Klopp and his players prepare to take on Man United.

Three points at Old Trafford would be huge in their quest to win the Premier League title, although a draw would also take Liverpool back to the top of the table.