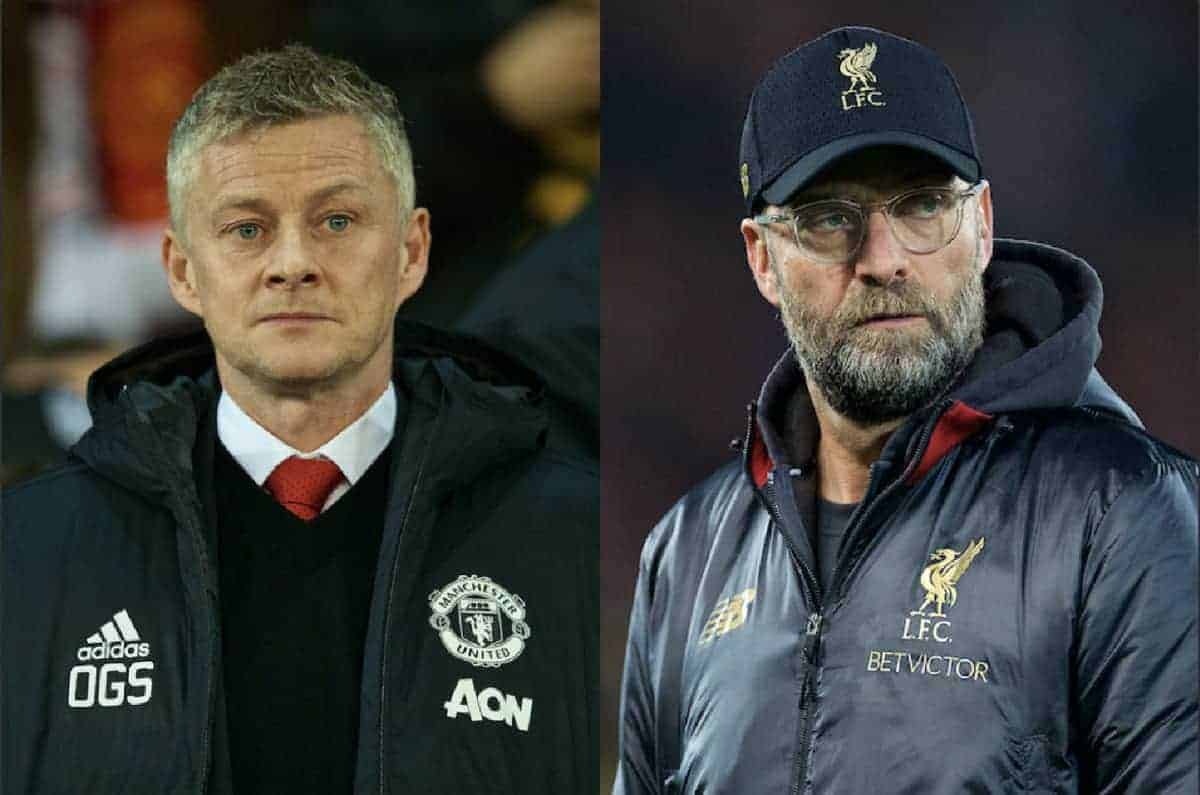 Man United vs. Liverpool headlines the Premier League action to look forward to this weekend, which will also see the League Cup final played at Wembley.

There is no question about where the main event of the weekend takes place.

Liverpool head to United for a game of enormous importance, with victory at Old Trafford acting as a potentially season-defining moment in the title race.

Trips to United have not gone well in the last decade, however—the Reds have only won once there in the previous nine seasons—and Ole Gunnar Solskjaer has improved their fortunes immeasurably.

Aside from English football’s biggest game there are eight other matches being played, seven of which come in the league.

Here’s a look at the entertainment on offer.

In one of two Friday night offerings, Cardiff entertain Watford as they attempt to continue their unlikely Premier League survival bid.

Neil Warnock may not be everyone’s cup of tea, but it is impossible to deny what an excellent job he is doing.

The Bluebirds have a chance to pull four points clear of 18th-placed Southampton and Watford may be an ideal opponent, in many ways.

Javi Gracia’s side are in the FA Cup quarter-finals and only really have seventh to play for—could they take their eye off the ball at the Cardiff City Stadium?

Fulham‘s fate is becoming closer to being sealed by the week, with eight points now separating themselves and safety.

Wins have to start arriving more regularly, starting at West Ham on Friday.

All things point to a home win for the Hammers, though, with more quality in their ranks and an increasing level of confidence under Manuel Pellegrini.

Claudio Ranieri must start finding that Leicester magic, and fast.

Tottenham aren’t going away in the title race—an impressive achievement, considering Harry Kane has been missing in recent weeks.

The north Londoners head to Burnley this weekend knowing they can go just two points behind both Man City and Liverpool with a win.

That would really crank up the heat on the Reds ahead of their trip to Old Trafford and it would be a surprise if Spurs fell short.

Bournemouth boast the seventh-best home record in the Premier League this season, winning seven of their 13 matches at Dean Court.

The visit of Wolves looks an appealing game on paper and could be one of the Cherries’ biggest home tests of the campaign.

Nuno Espirito Santo’s side are continuing to impress and they will believe they can head home with another good result.

Bournemouth have dipped of late, dropping to 11th, and this may be a rare home outing to forget for them.

It may not be one for the neutrals, but Newcastle‘s clash with Huddersfield is a vital relegation clash, especially for Rafa Benitez and his team.

Huddersfield are convincing relegation candidates at this stage, while the Magpies are 16th and looking to slowly pull clear of danger.

It could be one of those trademark Rafa 1-0 wins.

Next up is a match between two sides who are too good for relegation but not good enough to finish in the European places.

Leicester welcome Crystal Palace to the King Power, and while on paper it could be a half-decent watch, there is so little riding on it.

Palace aren’t completely safe—they are actually only three points above the relegation zone—but they will keep chipping away at points between now and May.

At least one will be added to their tally on Saturday.

Southampton are in serious danger of a return to the Championship after six seasons in the top flight, despite Ralph Hasenhuttl doing a reasonable job since coming in.

Their chances of picking up points this weekend look slim, with Arsenal famously strong at home to struggling teams.

The Gunners are not exactly impressing greatly under Unai Emery but their firepower will be too much for a limited Saints team.

If Cardiff and Newcastle were both to win, the pressure on Southampton would be huge ahead of kickoff, with four points between them and their pair of struggling rivals.

The weekend wraps with the League Cup final, as City and Chelsea do battle at Wembley.

This could likely to be Maurizio Sarri’s last game in charge if his side lose, which looks highly probable considering who they are up against.

Pep Guardiola will be hoping this is the first trophy in a historic quadruple this season, as they vie with Liverpool in the league.

It is hard to see anything other than a convincing City victory, especially after they embarrassed their opponents 6-0 at the Etihad two weeks previous.

This Is Anfield readers can get an exclusive 25% off a NOW TV Sky Sports Day Pass by clicking here and using the promo code ANFIELDNOW.

This will also allow you to watch the League Cup final directly after the game.