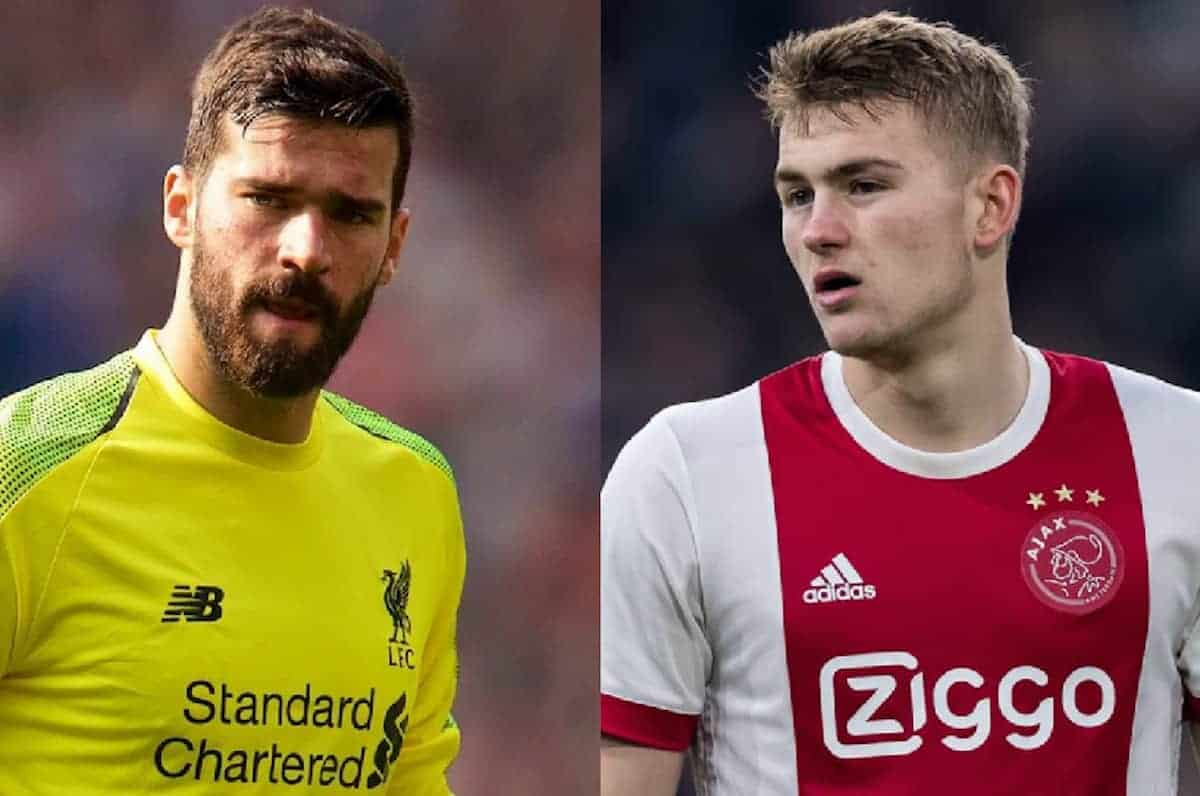 We round up the latest Liverpool news and transfer rumours on Monday, as the international break slowly reaches its conclusion.

Alisson “At Home” at Liverpool

Alisson has enjoyed a superb first season at Liverpool, making a huge difference in goal and conceding just 18 times in 31 Premier League matches.

Speaking to the official Liverpool FC magazine, the Brazilian has thanked his teammates and the supporters for helping him adjust to his new surroundings:

“All the players are important, be they the local players from the UK or the players from overseas. I admire the strength we have as a team and the quality that every single one of our players has, but the most important thing for me is the team spirit.

“Above all I feel at home here. Home is where the heart is and where the family is. My family is here, my daughter and my wife live here and my parents come when they can.

“My brother lives in Portugal, which is not too far, and comes when he can. That helps when I’m missing them. When I think abut Brazil, I miss it a lot but I have been welcomed here and I feel very much at home.

“The whole group received me very well. The fans have been very kind too, as have the technical team, so I’m really happy here in Liverpool.”

Alisson has become a key man in no time at all and his performances between the sticks will be vital between now and May.

Matthijs de Ligt is one of the most talked about players in world football, with many of Europe’s top clubs watching him closely.

The 19-year-old Ajax captain has been linked with joining Liverpool and partnering Netherlands colleague Virgil van Dijk, but Barcelona look to be strong favourites to sign him.

De Ligt, the most recent winner of Europe’s Golden Boy award, is likely to cost around €65-70million, with many tipping him to become a future great of the game.

Asensio to Stay at Madrid 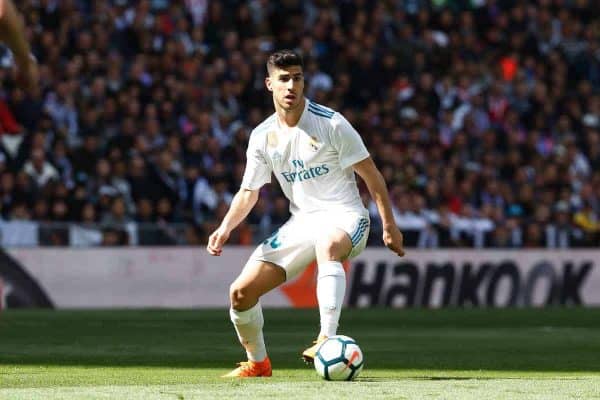 Zinedine Zidane has claimed that Marco Asensio will be staying at Madrid this summer, following speculation surrounding his future.

The Spanish youngster fell out of favour under former managers Julen Lopetegui and Santiago Solari, with Liverpool even linked with his signature.

Zidane sees him as a key man moving forward, though, extinguishing any talk regarding his possible exit.

“I have spoken to him and told him that he will be fundamental to the team. And I want him here with us,” said Zidane.

It was always unlikely that Asensio would be sold, with the 23-year-old seen as one of the brightest young attacking talents in Europe. 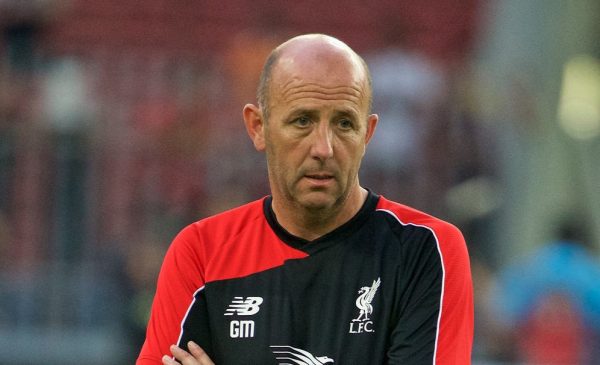 The Scot had been watching LFC Legends’ 3-2 win over Milan Glorie at Anfield before the shocking incident occurred.

McAllister was taken to hospital after being punched in the face outside a bar in Leeds city centre, at approximately 4am.

The ex-midfielder, currently Steven Gerrard’s assistant at Rangers, is recovering at home in North Yorkshire. 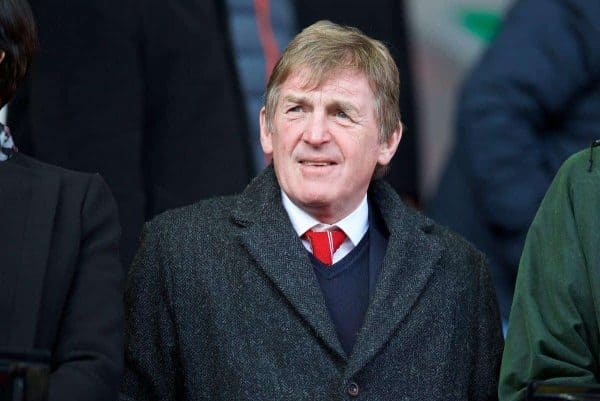 Sir Kenny Dalglish will be the manager of Liverpool FC Legends when they face the Republic of Ireland’s XI at the Aviva Stadium next month.

The match in Dublin takes place on Friday, April 12, with a host of past Reds heroes on show, including Robbie Fowler and Ian Rush.

The event is in aid of ‘SupportSeán’, the Seán Cox appeal, as the lifelong Liverpool supporter continues to recover from life-threatening injuries after being attacked by a Roma supporter last April.

Speaking to LiverpoolFC.com, Dalglish discussed what will be a “great occasion”:

“Liverpool Football Club has a fantastic philosophy and outlook on life that if there is one of our own that’s struggling, we try our best to help them. The lads want to support by putting on a game – its what they know best.

“It’s important that we come together and do ourselves and Seán justice. It’s a difficult time for his family and we want to help in the best way we know how.

“It will be a great occasion and the team will be looking to put on a good performance. I’m really looking forward to being back in the dugout amongst the team. I’d like to thank the club, the players, the staff and all those involved who are supporting this game.”

“We would like to encourage as many people as possible to show their support for this fantastic cause.”

Tickets are still available for the game here. 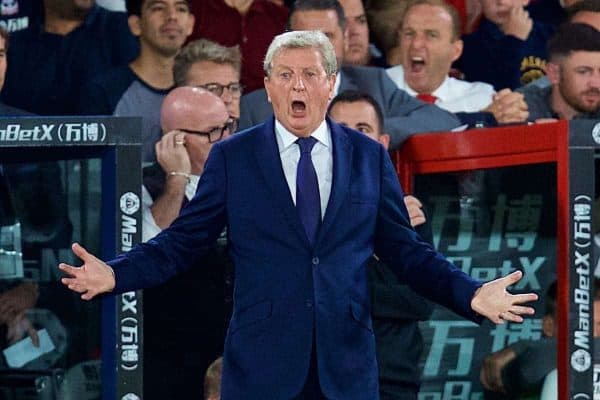 It’s fair to say that Liverpool supporters have little time for Roy Hodgson following his dismal short reign as manager in 2010/11.

In an interview with Fotbollskanalen, former Reds youngster Alexander Kacaniklic has revealed that Hodgson sold him to Fulham by mistake in 2010:

“It was a bit difficult for Liverpool to replace me, but when I was in Fulham and before I signed up, I had a conversation with Roy Hodgson on the phone, where we found out that he had chosen the wrong Alex.

“In his head, he thought he had sold another Alex for Konchesky. But then it was too late. It’s a little fun!

“Then he just told me I was welcome back in Liverpool with open arms, but that I could do what I felt. By then I had already made my mind up and was very excited about coming to Fulham.”

We have no idea who the ‘other’ Alex was, but there was an ‘Alex Cooper’ in the Reds reserves then who was released the following summer.