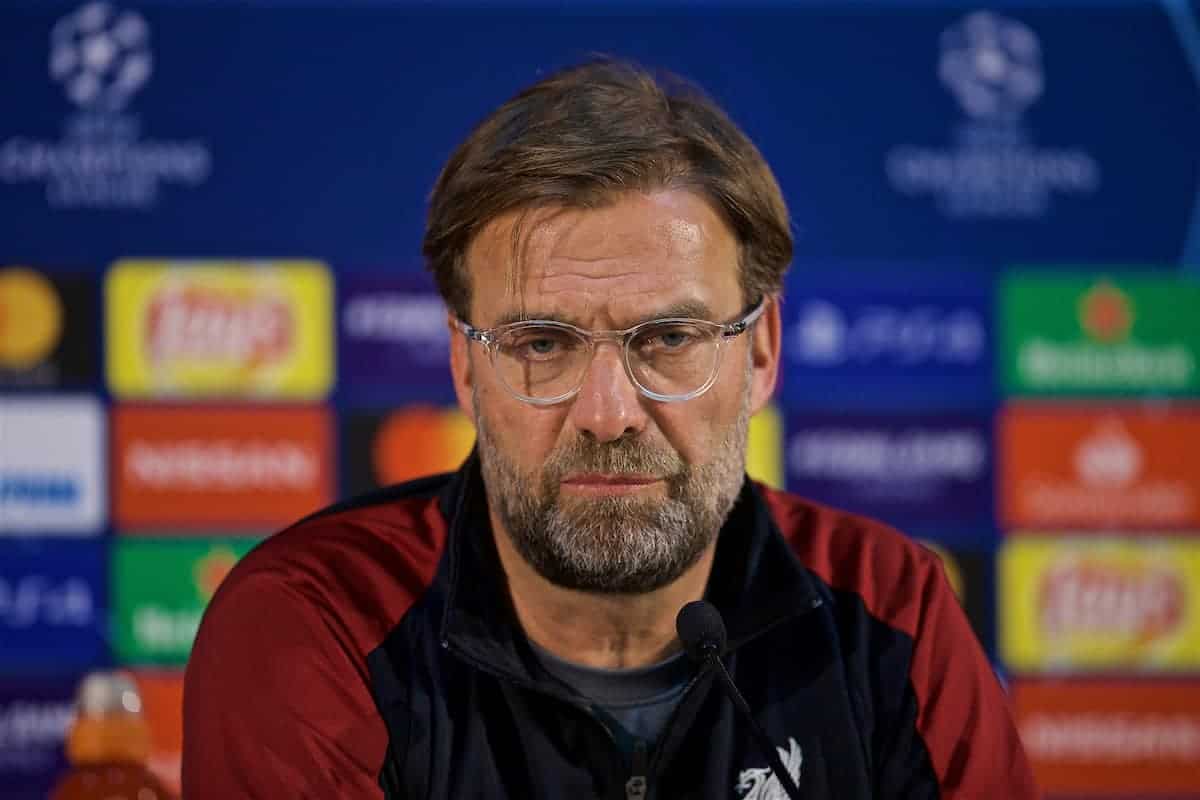 Jurgen Klopp discussed last season’s trip to Porto, his Brazilian players and the return of Joe Gomez ahead of Liverpool’s Champions League quarter-final second-leg clash with Porto on Wednesday.

The Reds arrived in Portugal on Tuesday afternoon, and Klopp had little time to waste as he headed to the Estadio do Dragao alongside James Milner for media duties.

Having already overseen training at Melwood earlier in the day, there were few surprises from the manager in terms of his injury list, with Liverpool in excellent shape for the season’s run-in.

Instead, much of his press conference focussed on tomorrow’s opponents, with Klopp reminding everybody present that Porto are a “really, really good team”

When asked about Liverpool’s round of 16 fixture in Portugal last season, and what effect it has now, he told reporters:

“Not really (a help now). I didn’t really like the game last year. Until we were 2-0 up, it was a completely open game. That’s how it is, we don’t remember things like this, we only remember the result”.

Questions from Portuguese reporters shifted to a more tactical nature. “What we do tomorrow we show on the pitch, not at the press conference,” Klopp said with a wry smile.

“We still know we have a really tough job to do tomorrow, We were really good in the first leg. We have to be good tomorrow again, we have to play at our limit, 100 per cent,” Klopp continued.

A question was raised on Liverpool’s Brazilian links, the Reds boss spoke on a personal memory:

“I’m 51 years old and I’ve always seen world class Brazilian players. My father told me when I was younger ‘whatever people will say in the future Pele is the best’.

Finally, the Reds’ boss spoke on the return of defender Joe Gomez, who has been sidelined with an ankle injury since December.

“Gomez is getting better, can he come on when needed – yes – that should be possible and it’s the most important thing for us. Remember the season he played before he was injured, he was very good.”