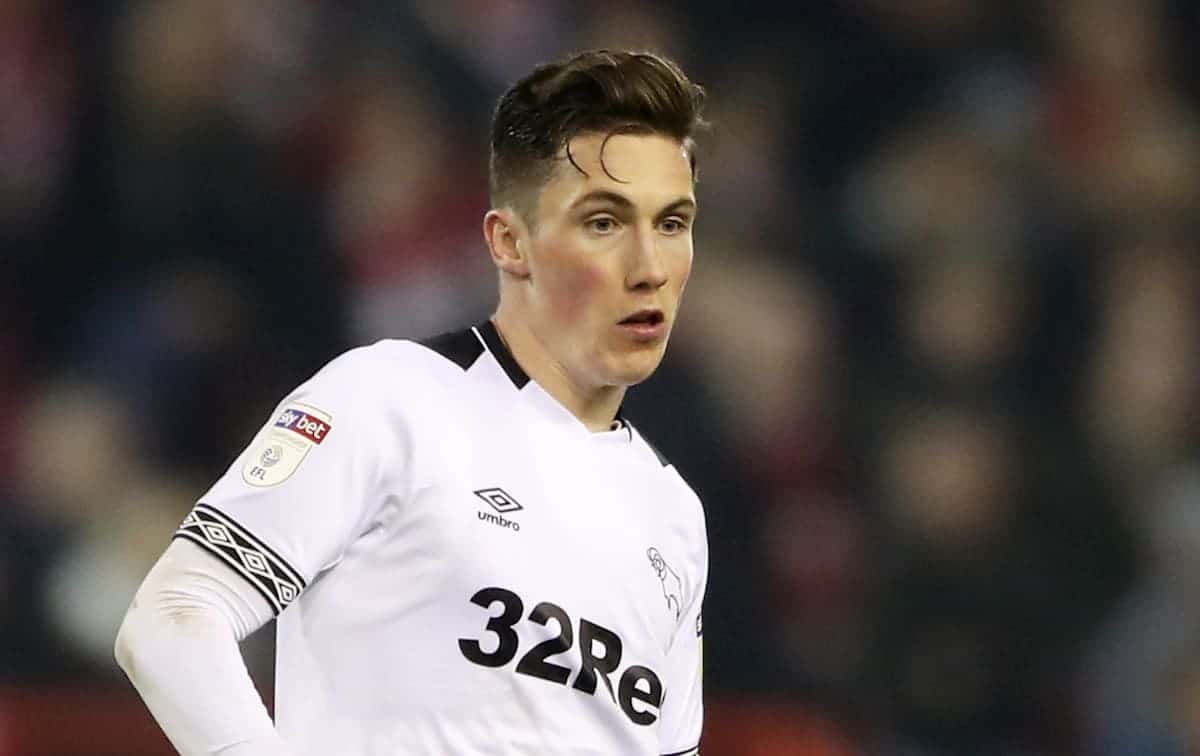 Harry Wilson scored a penalty to fire Derby County into the Championship play-offs—and Herbie Kane will be doing likewise in League One.

This term has been an excellent one out on loan for several Liverpool players, with the likes of Ryan Kent, Marko Grujic and Taiwo Awoniyi all enjoying productive spells to one extent or another.

While the campaigns are coming to an end for the most part now, two will have extended involvement beyond the regular season in English domestic leagues.

Welsh attacking midfielder Wilson has been one of the big success stories on the on-loan contingent and he netted his 15th league goal of the campaign on the final day for Derby.

Needing a win to guarantee sixth spot and the final play-off place, Wilson helped the Rams to a 3-1 success over West Brom—also in the play-offs.

With the scores tied, Wilson found himself free in the box and shot at goal; it was saved, but the rebound was tucked home by team-mate Mason Bennett, before Wilson himself dispatched a penalty just three minutes later.

That gave his team a two-goal cushion, effectively sealing their place in the play-offs.

With Middlesbrough winning, anything less than victory would have seen Frank Lampard’s men drop down to seventh.

Wilson and Co. will now face Leeds United and Marcelo Bielsa in the semi-finals, with West Brom and Aston Villa meeting in the other game.

Liverpool’s other loan player in the Championship is Ovie Ejaria, who played 90 minutes in midfield for Reading in a 0-0 draw with Birmingham.

Reading finished 20th, two places and seven points above the drop zone, with Ejaria playing 16 times in the Championship in his half-season loan spell, scoring once.

One league further down the pyramid, Herbie Kane will also be prolonging his involvement having helped Doncaster Rovers into the play-offs.

The midfielder played the full 90 minutes on Saturday, the final game of the regular season, as his team beat Coventry 2-0. As was the case with Wilson and Derby, anything less than a win would have meant heartache for Kane and his team-mates.

Doncaster’s sixth-place finish means they’ll face Charlton Athletic, with Portsmouth and Sunderland facing off in the other semi-final.