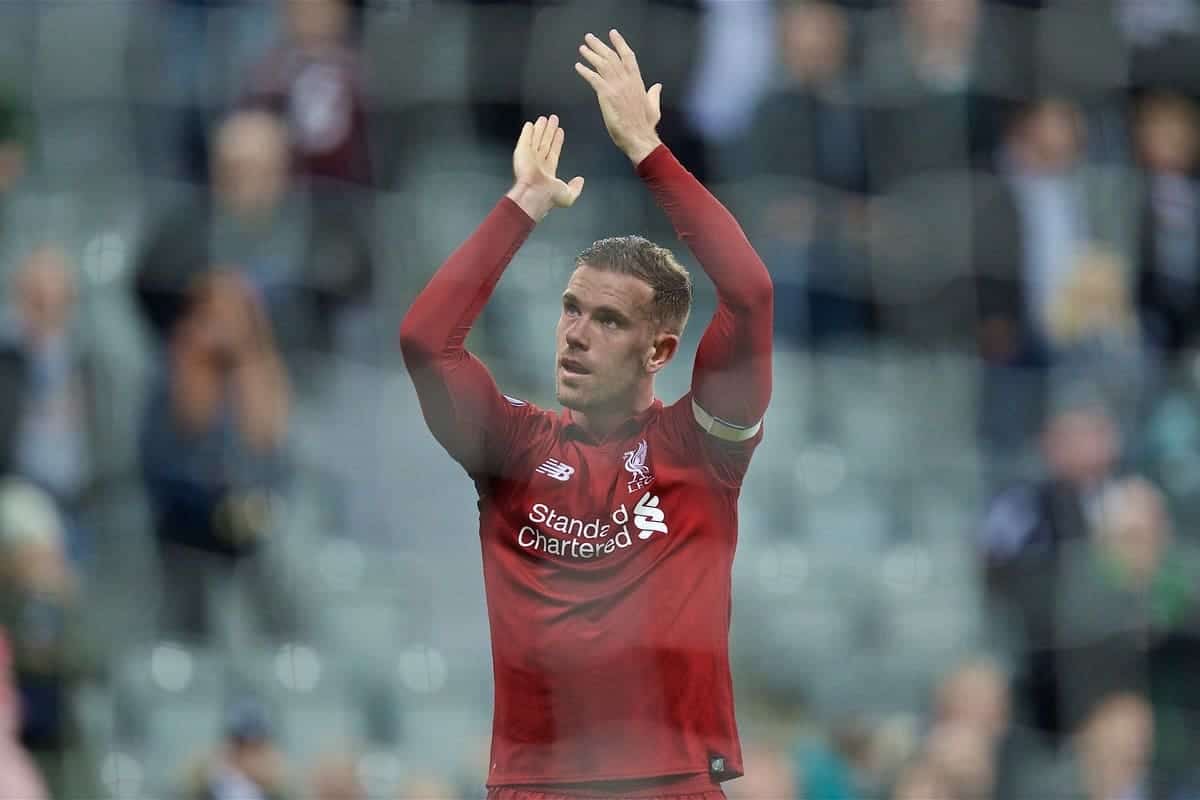 Belief is the key word for captain Jordan Henderson as Liverpool head into a potentially career-defining week.

Jurgen Klopp’s side proved they are this season’s comeback kings as they once again showed their resilience with a 3-2 win at Newcastle after twice being pegged back.

It will require something on an entirely different scale to overturn a 3-0 Champions League semi-final first leg defeat at home to Barcelona on Tuesday, but Henderson insists it does not faze them.

“It is big moments every week and we have kept this race going right to the last game and you never know what can happen in football,” he said.

“We just focus on winning games and we’ll just see what happens. We have given everything all season.

“We deserve something at the end of it, we’ve just got to keep going, keep fighting right to the last minute and see what happens.

“It comes from the belief in the squad. We have great belief in each other no matter who plays or who comes on.

“Obviously we weren’t happy with the result [in Barcelona], but we still got belief from the performance we put in over there so it kept us in the right frame of mind to perform again.

“It just shows the character and belief we have in the team to keep going and take it to the last game.”

Liverpool have taken all that has been thrown at them this season and answered every question asked of them.

However, the biggest is yet to come at home to Barca.

“I couldn’t have asked any more of the lads. Everyone has been fantastic. It’s one more game to come in the Premier League and hopefully not just one more in the Champions League.

“It will be difficult on Tuesday, we just have to perform like we can, finish on a high and you never know what will happen.

“We’re not stupid, we know it’s a massive task and I’m sure everybody expects that Barcelona will advance.

“For us, it’s about performing again at Anfield and giving everything again in the game and trying to win.

“We can have no regrets. There are still at least two games to go and we need to focus on them.”