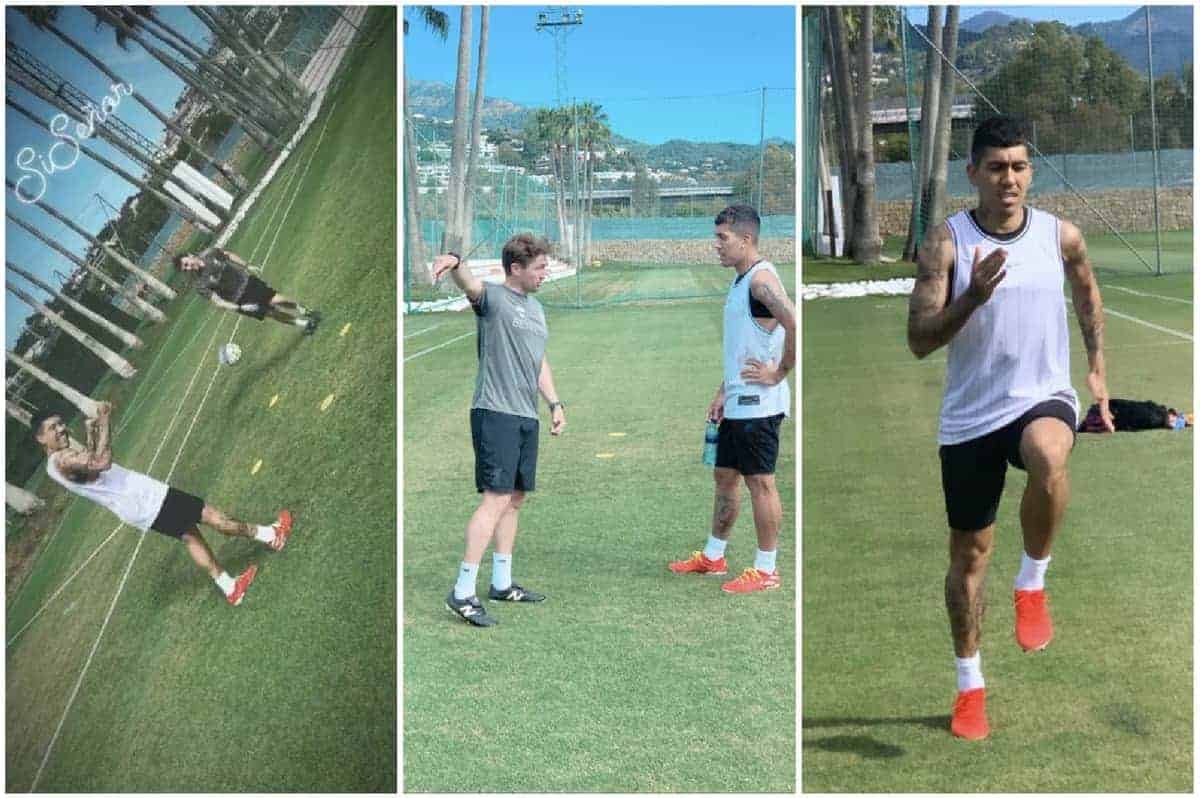 Roberto Firmino is working his way back to full fitness in the weeks leading up to the Champions League final, spending his break with a Liverpool physio.

The Brazilian missed the last three games due to a groin injury, but is expected to return for the clash with Tottenham in Madrid on June 1.

Jurgen Klopp‘s squad will head to Marbella next week for warm-weather training in preparation, and the manager has given his players time off before their flight.

Firmino is on holiday with his family, but has been joined by Liverpool’s strength and rehabilitation assistant David Rydings as he undergoes an individual programme to aid his recovery.

And the No. 9 took to Instagram on Saturday morning to provide an update on his fitness, including outside running and ball work: 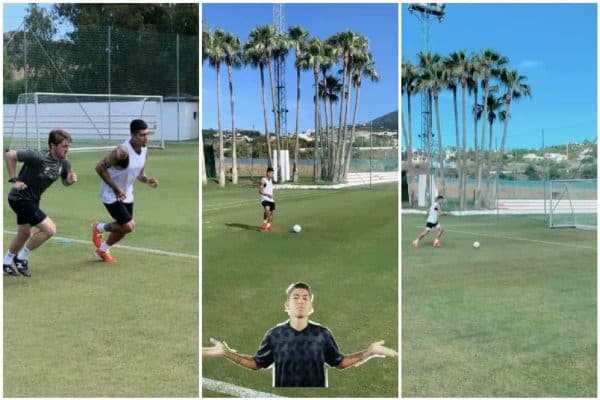 This would indicate that he is closing in on a return, which could see him join full training along with the rest of his team-mates in Spain, serving Klopp a big boost for the final.

Though his output has been considerably lower this season, with 16 goals and eight assists in 47 games compared to 27 goals and 17 assists in 54 outings last term, Firmino has been central to the Reds’ success.

His industry, movement, close control and creativity are key to the dynamics of Klopp’s attack, and he has often found himself dropping deeper into midfield, too.

Though Divock Origi has stepped up admirably in his absence, most notably with two goals that helped clinch a 4-3 aggregate win over Barcelona in the semi-finals, Firmino’s return against Spurs is imperative.