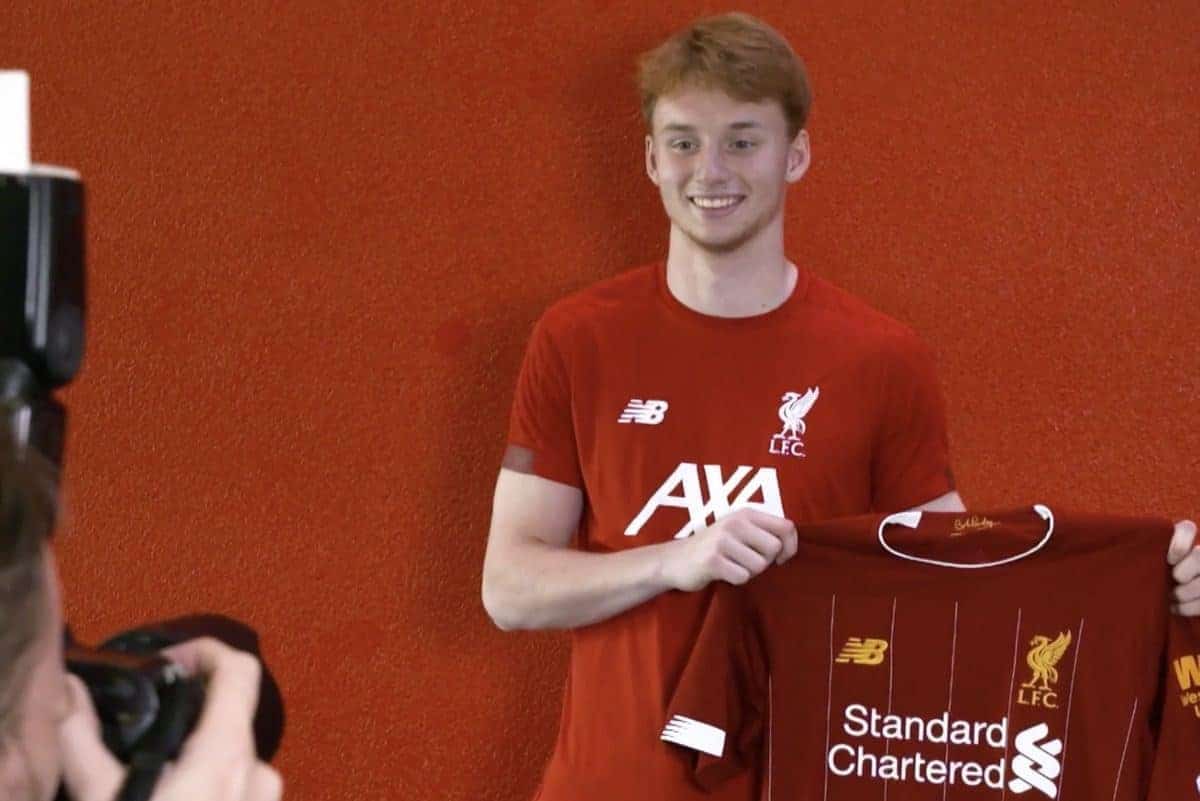 Liverpool have announced the signing of Sepp van den Berg and supporters have been left excited by his capture.

The Reds confirmed their first signing of the summer on Thursday, with Van den Berg completing a £1.3 million move to Anfield.

Seen as one of the most exciting young talents in the Dutch football, the former PEC Zwolle centre-back is expected go into Liverpool’s first-team squad quickly.

While Reds fans will be hoping for more high-profile additions this summer, positivity has still surrounded Van den Berg’s arrival.

First lean of the summer. SvdB is here! pic.twitter.com/ViHl6NuNJP

"the biggest club in the world and it’s a dream come true" is right Mr van den Berg. #LFC #VDB

“Welcome aboard. Keep the standard high.”

“I’m just remembering the last time we bought a cheap centre back from the Dutch league. If he develops and turns into even half the player Sami was then we’ve got an absolute steal.”

A few comments, some tongue-in-cheek, were made over how good he could be…

My exposure to Sepp van den Berg is fairly limited, but I like what I've seen. Looks proactive and calm on the ball, able to slot in centrally and on the right. Really like that he appears to be pretty fluid and mobile despite his height and lankiness.

Anything else is wrong.

The way #LFC have announced Sepp Van Den Berg and the media love fair over an U23 signing should be flagged too. This narrative we're creating regarding signings this summer is definitely no coincidence. As I've said time and time again, under FSG we're masters of media narrative

At least we won't end the window with no new signings ?

Some pointed out the Dutch revolution taking place at Anfield…

The Dutch Domination continues at @LFC I’m so happy ?

“Here come the boys…. So a Dutch CB and a Dutch RB/CB (Hoever) waiting in the wings.”

– Dimi Maha in the comments section.

Hoever and Van den Berg, could be Liverpools centre backs sorted for a long time and what better idol than their fellow countryman VVD #LFC

Up the Dutch defender Reds.