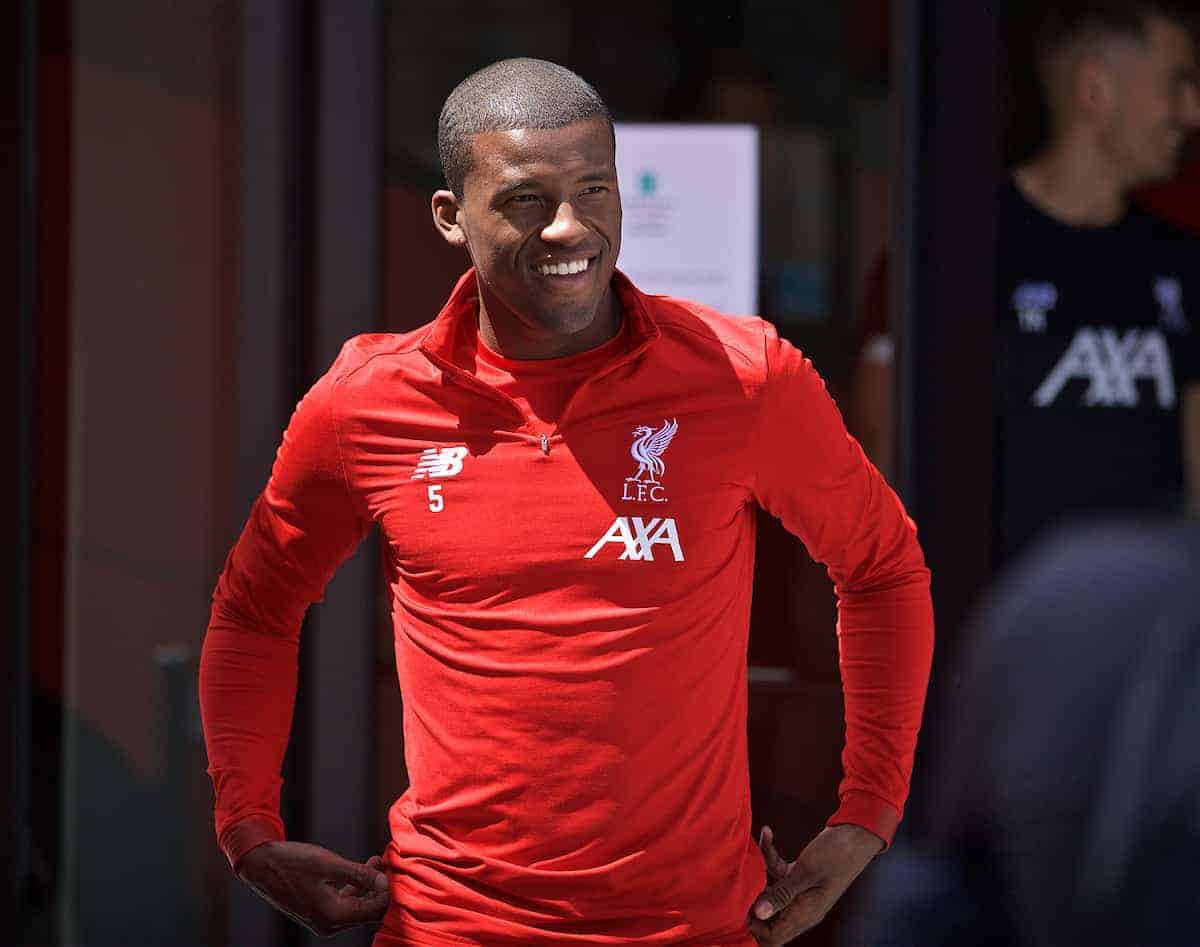 Gini Wijnaldum has been a Liverpool player for three years, and while it may be difficult to better his super-sub appearance against Barcelona, he’s eyeing more silverware at Anfield.

Signed from Newcastle United in 2016, Wijnaldum is now one of the senior players in Liverpool’s youthful squad.

The 28-year-old arrived with a reputation as a goalscoring, attacking midfielder, having scored 11 goals in his debut season in England for the Magpies.

But his time at Anfield has seen him deployed predominantly in a deeper role in midfield, up until that night against Barcelona when he hit two goals in three minutes after his half-time introduction.

Moments such as that can be somewhat lost if they don’t ultimately end with a trophy, but in lifting the club’s sixth European Cup, Wijnaldum’s Barcelona cameo will be remembered alongside Olympiakos en-route to Istanbul, and David Fairclough against St. Etienne on the way to the club’s first European Cup.

“We’re still on a high,” the Dutchman told This Is Anfield. “But that’s also because everywhere we go we see people that speak about it, we see it everywhere that people are still happy that we won the Champions League.

“So we will stay in [a good mood] but we have to make sure we will be ready for another season, because we will start at zero and we have to work hard to win again, and achieve more than last season.”

That hard work is already well underway, with players being met by record temperatures in the north-east of America – playing in Boston on the hottest day in the city’s history since 1991.

Not that the hard work is an issue for Liverpool’s industrious midfielder. “I [actually] enjoy it,” he says.

“It’s not the nicest period of the season because you train a lot, but basically you have to set a standard for the rest of the season. It’s a lot of training and not a lot of games. But, you know, that’s how it is.

“It’s really hard, I think everyone’s really struggling with the heat. It’s something we have to deal with, we are not used to it because normally in England the weather’s not like this! But I think it’ll help me to go forward and to have a better condition.”

It’s less than a fortnight until Wijnaldum and his teammates have an opportunity to add more silverware to their collection, with the Community Shield against Manchester City.

In total, the Reds will be competing on seven fronts in 2019/20, and the squad now have a taste for success and want more.

“We want to do better than last season,” says Wijnaldum.

“It’s difficult to say what you want to achieve, we all want to win something, but we at least try to do our best and look at the situation how it is.

“We will try to succeed as much as possible, and hopefully that will be with a lot of titles.

“But you never know how a season will go, what situations you have to deal with, so we have to see. But we will give everything to achieve even more than last season.”

Liverpool play their final game of their three-match US tour against Sporting CP in New York on Wednesday, before flying back to Merseyside for a few days ahead of a training camp in France next week.