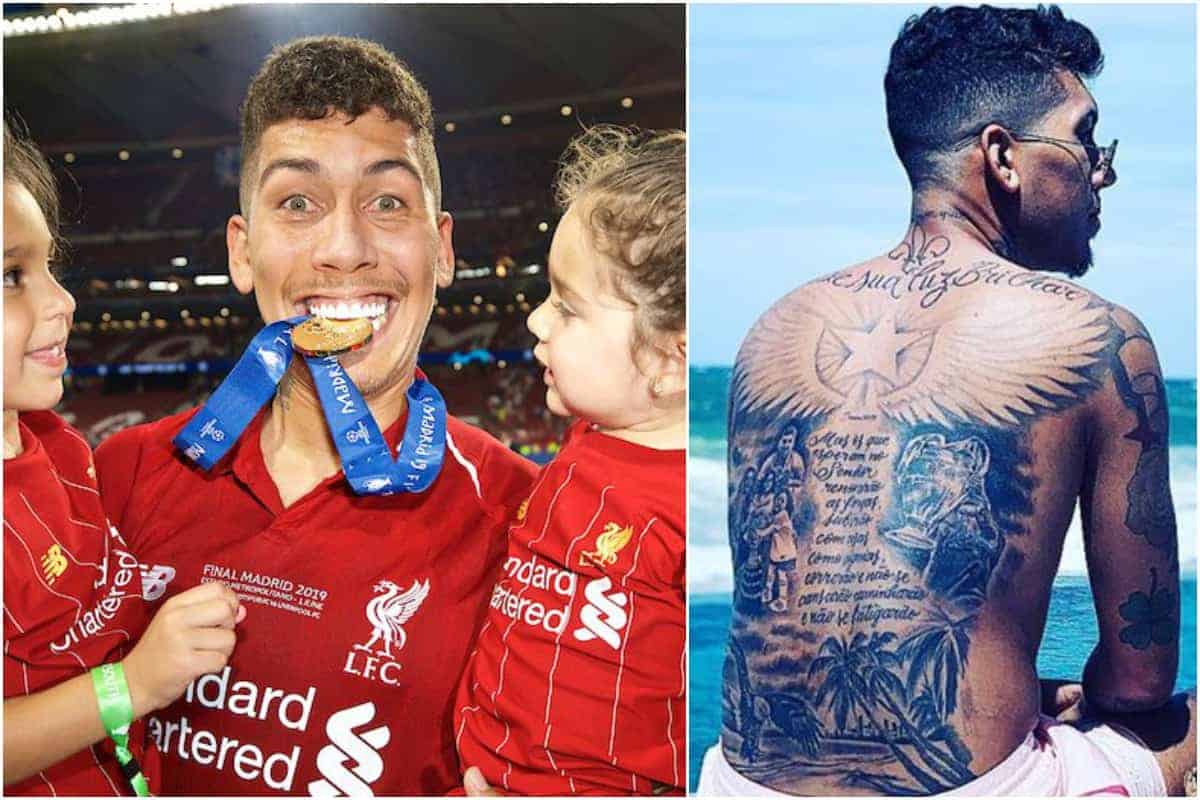 It has been a successful few months for club and country for Roberto Firmino and he has commemorated each triumph with a new tattoo.

Firmino is certainly one of Liverpool’s most unique personalities and is always catching the eye one way or another through his performances and goal celebrations on the field or through his style off it.

It is what makes him one of the most loved players and he has continued to endear himself to the Liverpool faithful after becoming the latest player, that we know of, to permanently etch the Reds’ European triumph on his skin – following in Jordan Henderson‘s footsteps.

The 27-year-old lifted his first piece of silverware at Anfield following the victory over Tottenham in June, in a Champions League campaign which he played a key role in.

Firmino’s last gasp strike against Paris Saint-Germain on the first matchday set the Reds on course for the showpiece final, where he was brought straight back into the fold having missed the stunning win over Barcelona at Anfield through injury.

And now he has a permanent reminder of the exact moment he lifted Ol’ Big Ears having shared his new ink to the world on Instagram as he continues to enjoy the last few days of his post-season break:

While the Liverpool skipper opted for just the prestigious trophy itself, in true Bobby fashion he was also part of the artwork which sat alongside a portrait of his family surrounding the Copa America title after Brazil emerged victorious earlier this summer.

Liverpool’s No.9 was a mainstay in Tite’s side and ended the tournament with the most goal-scoring contributions of any playing having scored two and assisted three, while his teammate Alisson also shared in the awards having clinched the Golden Glove with five clean sheets.

It ensured Firmino ended the 2018/19 season in remarkable fashion where he, like his fellow teammates, will be hungry for more success, although he is seemingly running out of room on his skin to honour any future triumphs.

Firmino’s team on the beach, however, is coming to an end as he is set to report back for pre-season duty on Monday ahead of Liverpool’s week-long training camp in France.

Whether he will play any role in the Reds’ Community Shield meeting with Man City on August 4 remains to be seen, but he along with Alisson and Mohamed Salah should all be vying for a spot in the league opener against Norwich five days later.