Sadio Mane is on course to achieve his “absolute dream” of lifting the Africa Cup of Nations, as Senegal reached the final via a 1-0 win over Tunisia.

Senegal certainly didn’t make it easy for themselves in a game which saw both sides miss a penalty, but ultimately Dylan Bronn’s own goal—in the 100th minute—sealed victory.

It wasn’t Mane who took his side’s spot-kick this time, however, having relinquished duties following two previous misses in the tournament.

That fell to Henri Saivet, and his effort was saved by Mouez Hassen, five minutes after Ferjani Sassi squandered Tunisia’s penalty following a controversial handball call against Kalidou Koulibaly.

The result, in a way, spared Mane’s blushes, after the 27-year-old missed an open goal in normal time having already rounded Hassen.

But the No. 10’s performances in Egypt have been largely positive, fuelled by what he described in the buildup to Sunday’s semi-final as his “absolute dream.”

“Going to Dakar with the trophy would be extraordinary,” he said.

“My absolute dream is to help Senegal win the Africa Cup of Nations—that would surpass even what I achieved with Liverpool in the Champions League.” 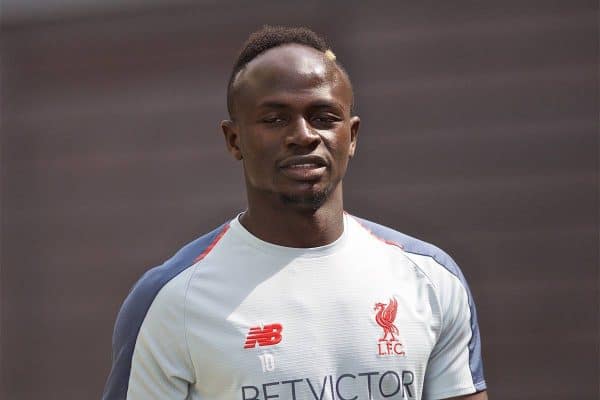 Progress to the final against Algeria on July 19 does little to change Mane’s schedule in terms of a return for pre-season with Liverpool, as defeat would have seen Senegal head into the third-place playoff two days earlier regardless.

In fact, Mane is unlikely to return until after the start of the Reds’ campaign, with the Community Shield held at Wembley on August 4.

Many of Jurgen Klopp‘s key players have been afforded longer than the usual three-week break following international endeavours, with Virgil van Dijk, Andy Robertson, Jordan Henderson, Trent Alexander-Arnold and Gini Wijnaldum only reporting back on Saturday.

This has left Klopp to utilise the likes of Harry Wilson, Ryan Kent, Liam Millar, Bobby Duncan and Paul Glatzel in friendlies so far.