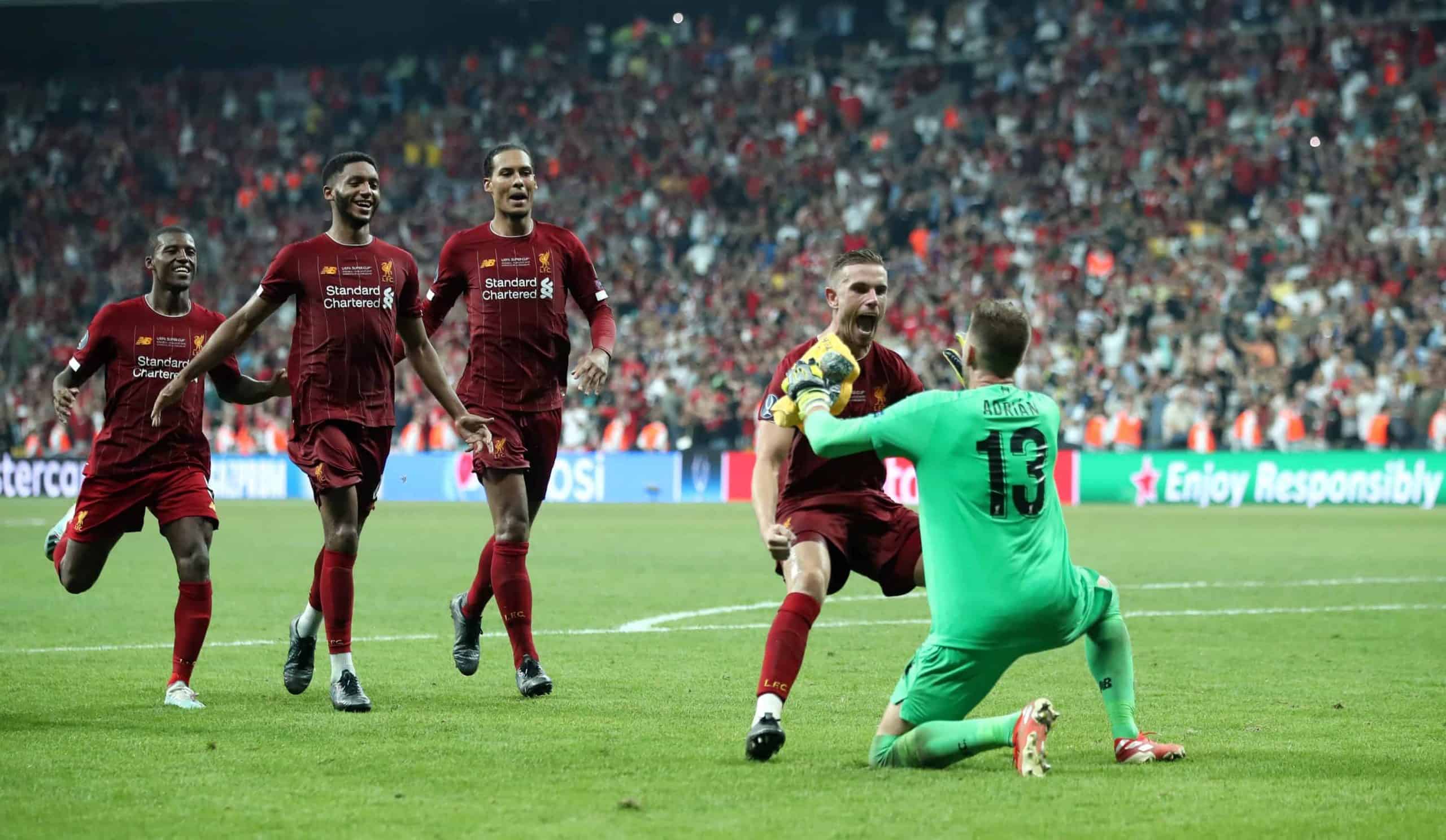 Liverpool sealed a 5-4 penalty-shootout victory over Chelsea in the UEFA Super Cup on Wednesday night, as Adrian saved the decisive spot-kick on his first start.

In their first Super Cup appearance since 2007, the Reds took to the field with a strong side, as Sadio Mane returned and Alex Oxlade-Chamberlain made his first start in 16 months.

Mane began the game up front, with Oxlade-Chamberlain on the left and Mohamed Salah on the right, and the Senegalese had the first effort on goal with an audacious bicycle kick that appeared to strike a hand, but no penalty was given.

Liverpool had pummelled their opponents in the opening stages, but Pedro actually came closest in the first half-hour, driving a powerful shot at the crossbar after Joel Matip‘s attempted lunge.

Adrian, starting in place of the injured Alisson, was forced into a brilliant save, surging off his line, after Pedro threaded Mateo Kovacic onto goal, with the Spaniard making a strong early impression.

Pulisic had the ball in the back of the net again before the break only to be ruled out for offside, with the first half ending 1-0 to the Blues.

Klopp took matters into his own hands at the break as he sent on Roberto Firmino in place of Oxlade-Chamberlain, with the Reds desperately lacking both in midfield and attack in the opening 45.

It took the Brazilian just three minutes to make a telling impact, latching onto Fabinho‘s ball over the top and touching it down for Mane to convert at the second time of asking.

Firmino’s energy changed the game for the better, but the Turkish heat threatened to slow the tempo even further as both sides struggled for fluency.

Punctuating a lull, Kepa Arrizabalaga made a stunning double save to deny Salah and Virgil van Dijk, with his second stop pushing the centre-back’s point-blank effort onto the bar and back out to ensure a period of extra time nobody asked for. 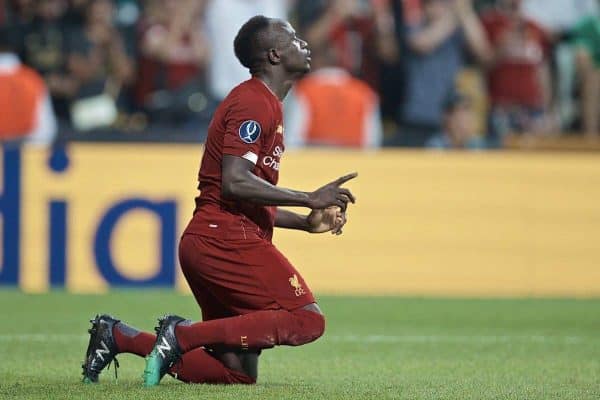 Liverpool were ahead five minutes into the extended period, with Mane finding Firmino’s run behind the defence, then thundering the resulting cutback beyond Kepa and into the top corner.

But then with Tammy Abraham brought down by Adrian, Jorginho stepped up for a cool spot-kick equaliser.

In the end, however, Adrian made a big save in the resulting shootout as the Reds won 5-4 on penalties.