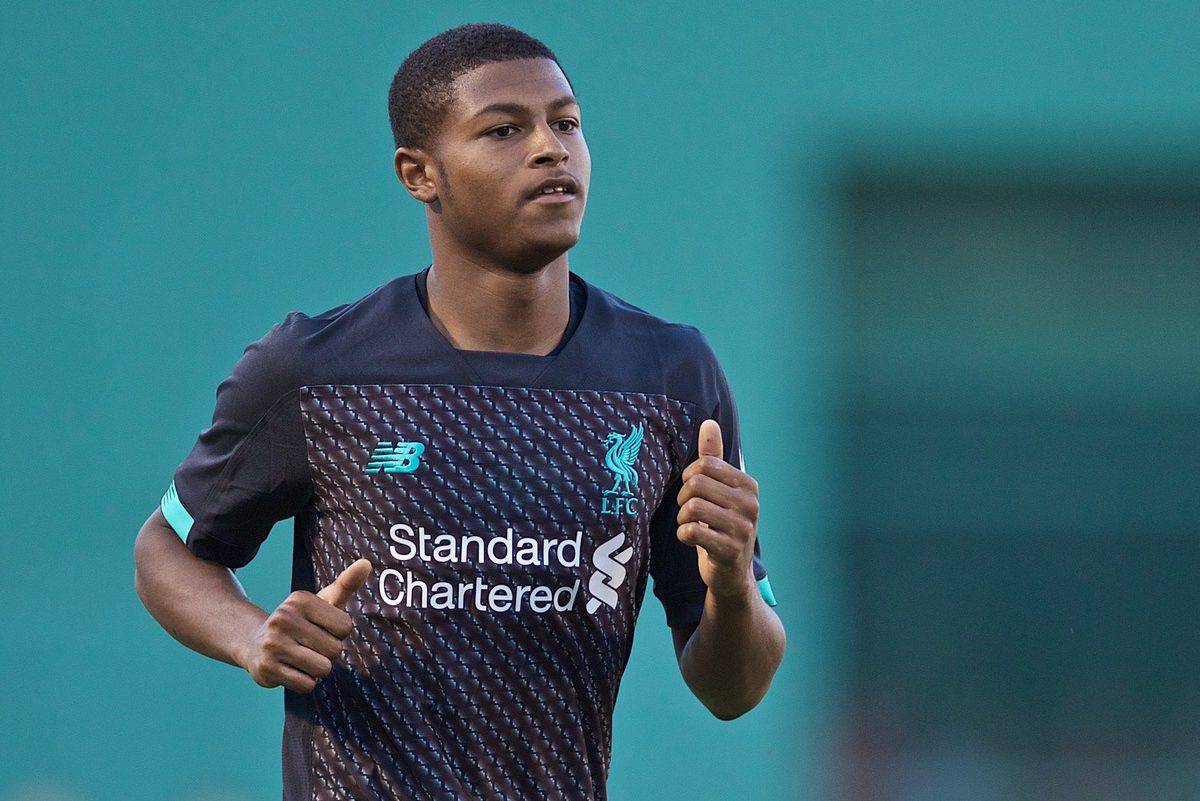 Rhian Brewster netted his first goal as the Liverpool under-23s earned their first win of the campaign, sealing a 4-2 victory at Southampton on Monday night.

The young Reds took to the field in Hampshire without Herbie Kane, Ryan Kent and Bobby Duncan, with the trio omitted as they push for moves away with just a week until deadline day.

Neil Critchley made one change to the side that lost 3-0 at Chelsea last time out, therefore, as Kane dropped out and Pedro Chirivella returned to anchor the midfield.

Liverpool got off to a great start as Curtis Jones, now wearing the armband for the U23s, combined brilliantly with Brewster on the charge down the left, laying the ball across to the No. 9 to fire home with his left.

The visitors are ahead as Rhian Brewster finishes off Curtis Jones's left-wing cross. #saintsfc [0-1] pic.twitter.com/O5SCZtButE

And, attempting to dribble the ball out, the right-back conceded possession for Will Smallbone to put it past Caoimhin Kelleher.

But Liverpool were back ahead before the half-hour, as a poor clearance from Harry Lewis—under pressure from Jones—allowed Chirivella to thread a clever pass through to the captain to convert via a lucky rebound.

With the ball rolling for the second half, Ki-Jana Hoever‘s brilliant burst down the right and into the penalty area led to a corner.

And with Morgan Boyes’ header blocked on the line, Chirivella was on hand to prod in for 3-1.

But the Saints reduced the deficit on the hour, as Dan Nlundulu slid the ball in at the far post, with Critchley sending on Tony Gallacher and the returning Luis Longstaff soon after as Brewster and Yasser Larouci made way.

As Ralph Hasenhuttl watched on from the stands, the young Saints produced some fine opportunities for an equaliser, with Kameron Ledwidge heading onto the bar and Marcus Barnes flashing wide on the break.

Liverpool grabbed one more after another great run from Hoever, tenacity from Harvey Elliott and skill from Jones, however, with Lewis eventually drilling the ball across the box into the feet of Longstaff, who netted via a deflection.

The final whistle blew with the score at 4-2, with an excellent all-round performance leading to a first win of the season for the U23s.

Next up is a meeting with Man City at Anfield, but unfortunately due to its rescheduling, many will miss out on watching live as it clashes with the first team’s trip to Burnley in the Premier League.