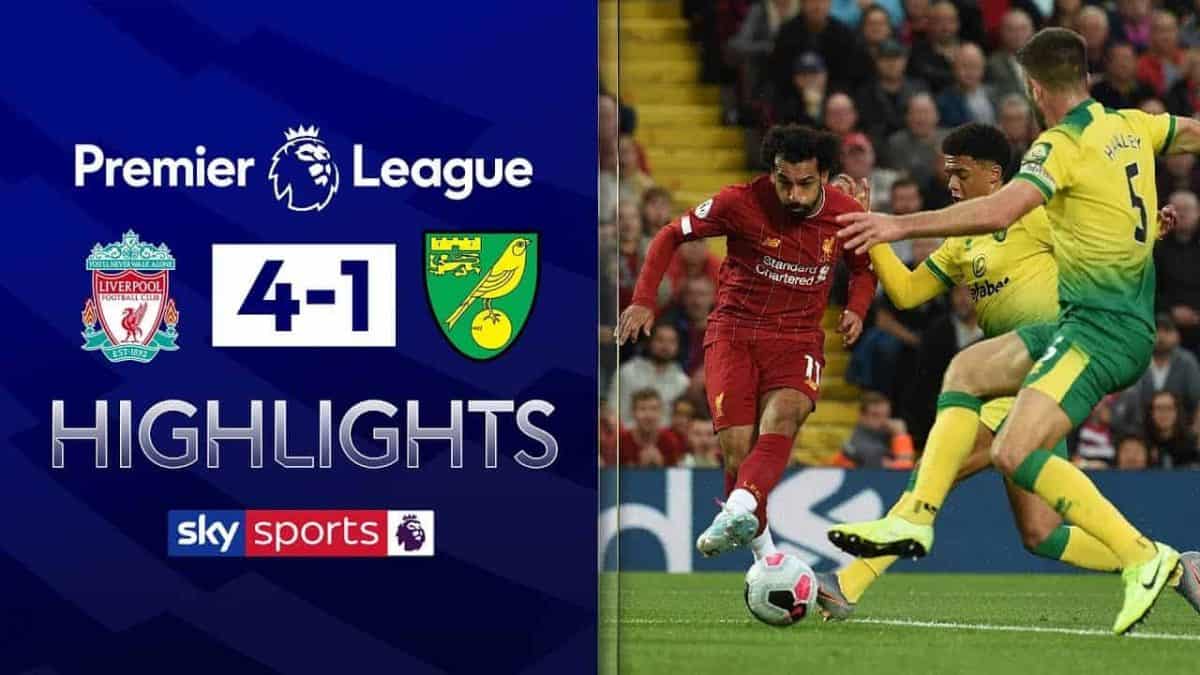 Liverpool began their season with a bang as they surged to a 4-1 victory over Norwich in the Premier League, with Jurgen Klopp‘s attack in fine form at Anfield.


* Video above via Sky Sports; geographical restrictions may apply.

The Reds returned to Anfield just over two months on from the glory of Madrid, and opponents for the champions of Europe were last season’s Championship winners.

Norwich tried to play their way on Merseyside, but this left Daniel Farke’s side at the mercy of Mohamed Salah, Roberto Firmino and Co., as Liverpool went 4-0 up before half-time.

The opener came through Canaries centre-back Grant Hanley, whose attempted clearance saw him scuff Divock Origi‘s cross into his own net.

Salah then doubled the lead after some brilliant work down the right, feeding the ball past Tim Krul after he was found deep in the box by Firmino’s flick.

Liverpool’s No. 11 then turned provider as his corner was headed home by Virgil van Dijk, but disappointment came soon after as Alisson was forced off with a calf injury. 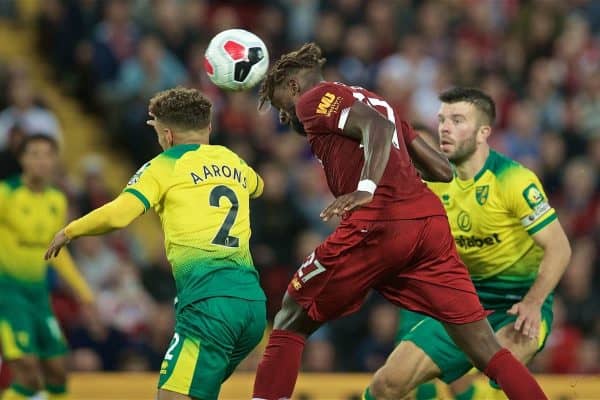 Origi scored the Reds’ last goal of the game minutes later, though, nodding the ball home after a stunning pass from Trent Alexander-Arnold, who had otherwise struggled up against the impressive Todd Cantwell.

Alisson‘s replacement, new signing Adrian, was unfortunate to concede just after the hour mark, but his debut still ended with a resounding win.

Klopp’s side now head to Istanbul, where they will take on Chelsea on Wednesday night to determine the winners of the UEFA Super Cup.

And on Friday’s evidence, they should put up a strong fight.