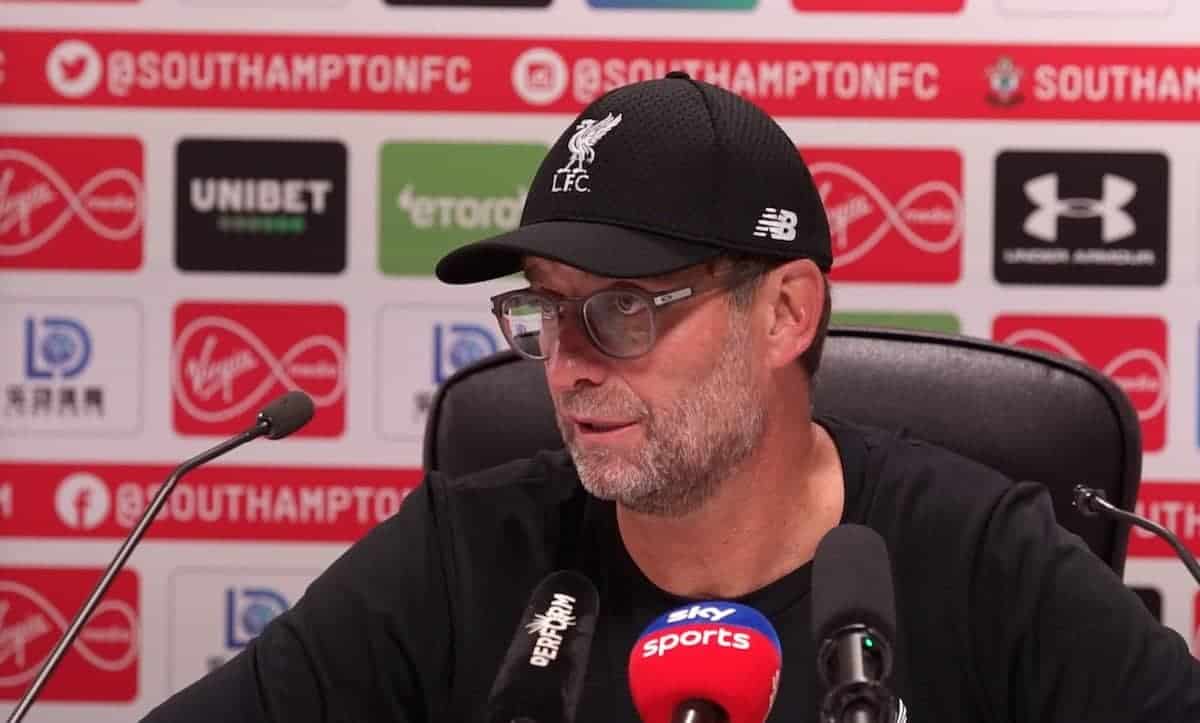 Jurgen Klopp defended Adrian and praised Alex Oxlade-Chamberlain as Liverpool scraped to a 2-1 win over Southampton on Sunday to make it three in three.

The Reds equalled their best-ever run of victories in the Premier League era as goals from Sadio Mane and Roberto Firmino sealed the three points at St Mary’s.

It was a tough game on the south coast, however, as following their exploits in the UEFA Super Cup, Liverpool were met by a relentless Saints side.

And Adrian almost sparked a comeback for the hosts as he gifted Danny Ings a goal deep into the second half, but thankfully Klopp’s side were able to hold on for the win.

This could prove a hugely important result for the Reds, and comes on the back of a trophy lift that saw the club restore their status as the most successful in English history.

“I have nothing to do with pretty much 98 percent of the trophies the club has won, or 99 percent!” he reflected.

“It took long enough to get rid of the burden of all the success in the past, so it’s good that we won the game.

“We will never forget that, but actually it’s easy to be happy after the game and be concentrated the next morning.

“It’s not like we now run constantly and celebrate, that’s all.

“That’s why I like it so much, we are not used to winning big things but coming to Southampton, I really loved how much respect we showed today.

“I said before the game this looks like the biggest banana skin in history. The headlines were already written.

“The headline I would prefer is ‘Mentality Giants Were in Town’. The boys did outstandingly well today.”

Alex Oxlade-Chamberlain made his first Premier League start in 16 months, after his first back in any competition on Wednesday, and was markedly improved from midweek in Istanbul.

The difference came with a return to his preferred midfield role, and Klopp was full of praise for his No. 15 after the game.

“Brilliant. It was different, outstandingly good,” the manager said,

“Forty-five minutes on Wednesday, they helped for sure. To feel the intensity, and know you are ready, and then today we had to make changes and we did.

“Especially for us in the centre of the park it’s really important they are there, ready for all these long runs and decisive things.

“It was just good to have this opportunity, and Ox was obviously not bad today!”

Klopp was asked a series of questions on Adrian‘s error, but used Alisson‘s similar issues in possession in the first weeks of last season to deflect blame from the stand-in ‘keeper.

“[I told him] welcome. Ali did the same, obviously it’s a goalie thing at Liverpool,” he said.

“No problem with that as long as we win the games.”