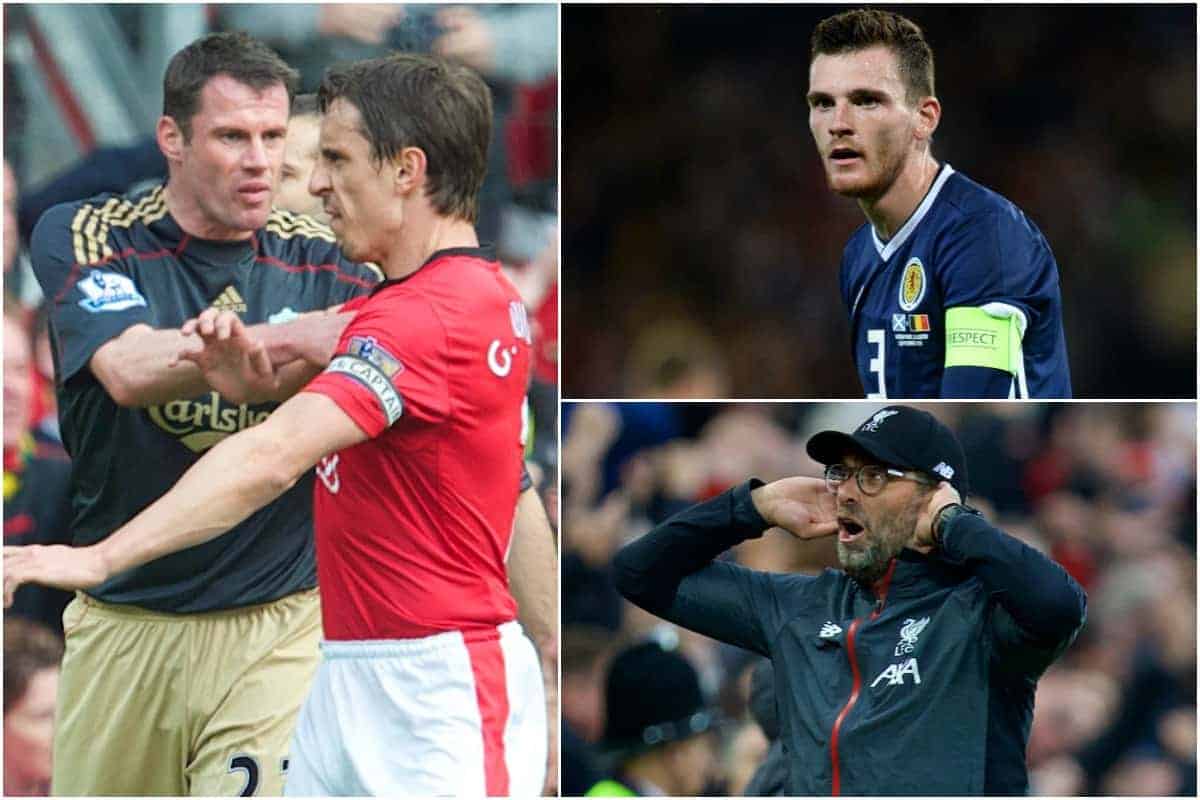 A dramatic win over Leicester saw Liverpool enter the break on a high and their return to action will see them make face off against a bitter rival. But how well do you remember the last fortnight and the recent history with Man United?

The Reds continued their 100 percent winning start to the domestic season with a last gasp victory over Brendan Rodgers’ side earlier in the month, ensuring Jurgen Klopp‘s men maintained their momentum ahead of a two-week break.

17 members of the first-team then jetted off to various parts of the world to represent their country with mixed results, while back on Merseyside there were positive developments on the availability of Alisson, Joel Matip and Mohamed Salah ahead of the trip to Old Trafford.

The location of the next instalment of a rivalry which will stand the test of time as Liverpool look to extend their Premier League winning streak to 18, while Man United simply look to steady the ship after a lacklustre start to the campaign.

A mix of red cards, tight-tussles, blowouts and a plethora of heated exchanges between players and managers often define these fixtures, and another historic clash could await on Sunday afternoon.

Test your memory on Liverpool’s last fortnight and the recent history with Man United with these 10 questions.