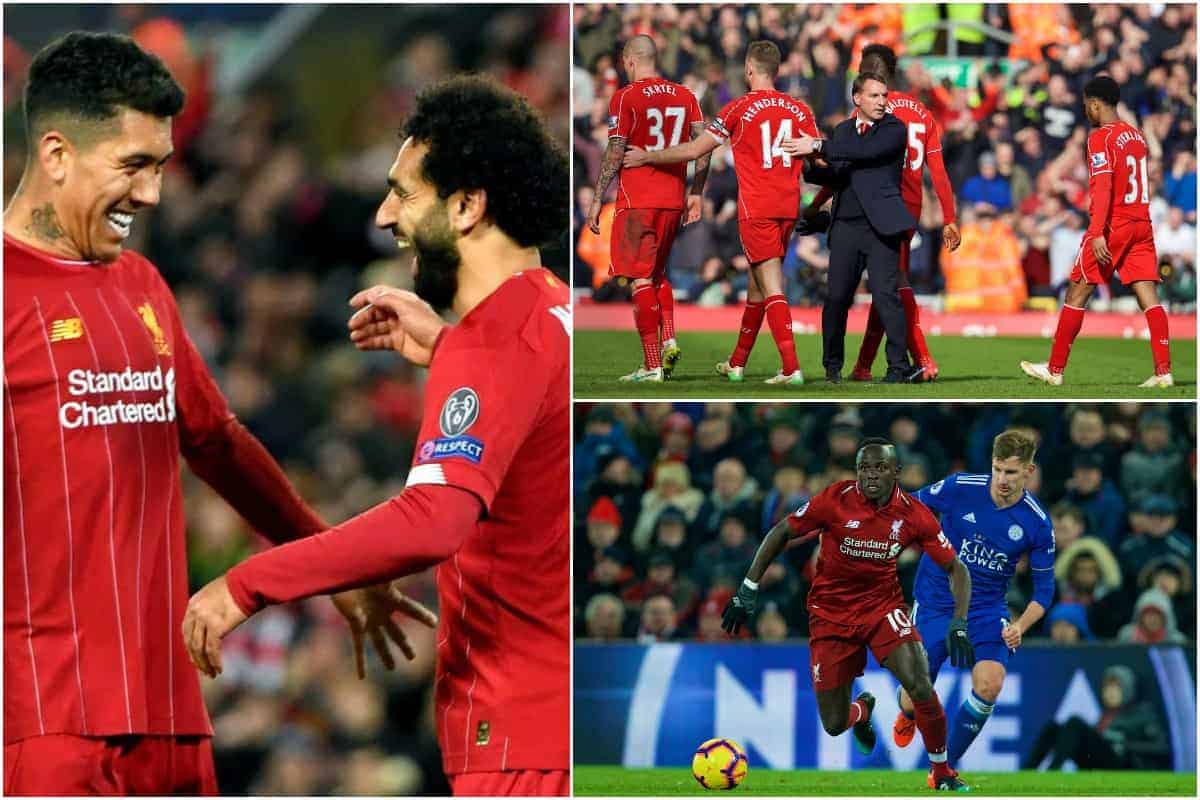 Liverpool have had a taste for the dramatics this week and there’s still the visit of Brendan Rodgers’ Leicester to come. How well do you remember the week that was and the history with Anfield’s next visitors?

Jurgen Klopp’s side have endured testing fixtures domestically and in Europe against Sheffield United and Salzburg this week, but there is still one game left to play with a familiar face in town.

Liverpool’s record reads two wins from two, but the Reds had to grind out a 1-0 win away in Yorkshire before edging a seven-goal thriller against the Austrian side where they relinquished a three-goal lead.

And Leicester City are next on the agenda as the Reds aim to stretch their winning start to the league season to eight, where former manager Brendan Rodgers will be eager to make an impression on his first return to the Anfield touchline following his departure in 2015.

But how well do you remember Liverpool’s eventful week and their history with Leicester and Rodgers?