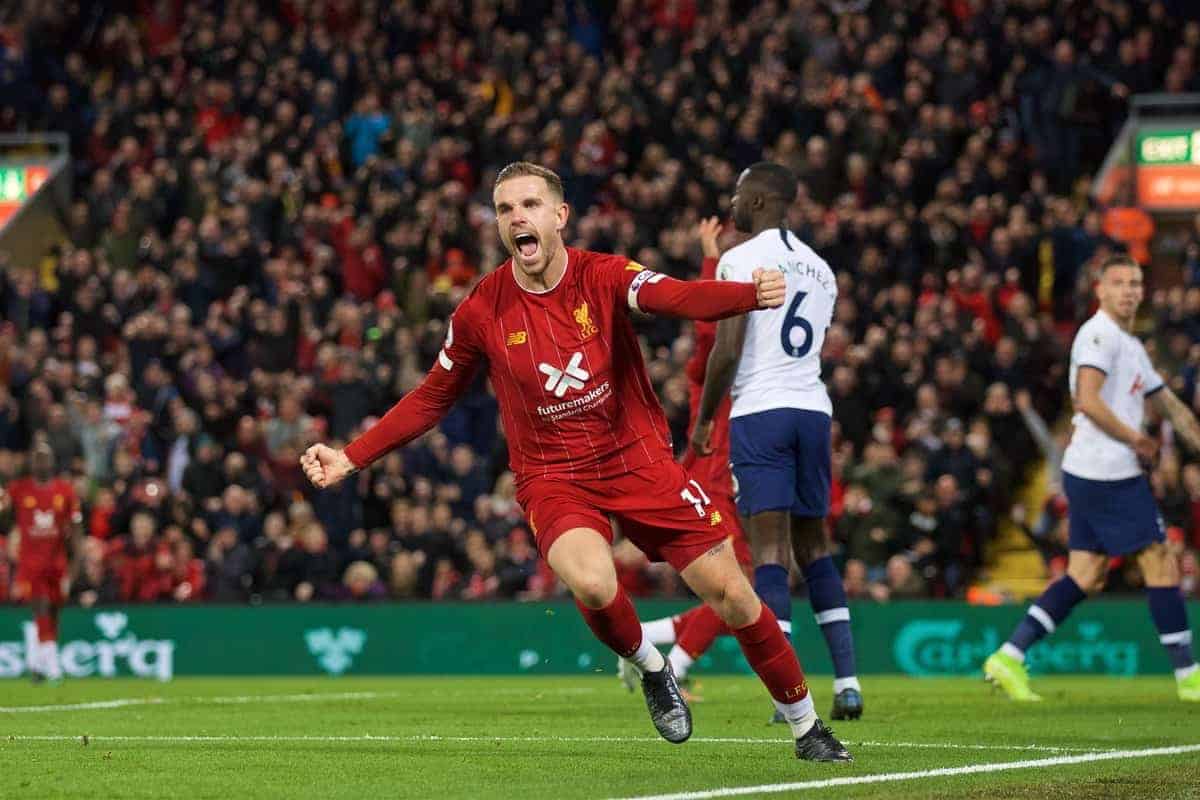 A Spurs goal after 47 seconds meant Liverpool were made to work hard for their ninth win from 10 games in the Premier League this season.

Having dropped their first Premier League points of the season last weekend at Old Trafford, Liverpool were seeking to get back to winning ways, while Tottenham were seeking some sort of vengeance for their Champions League final defeat.

Jurgen Klopp restored Jordan Henderson and Gini Wijnaldum to the regular midfield after the midweek Champions League win in Genk, while Dejan Lovren remained in defence with Joel Matip ruled out through injury.

Harry Kane opened the scoring inside the first minute, heading in from close range after Son Heung-Min’s shot rebounded off the post at the Kop end, with the Reds’ defence caught cold.

Such an early goal meant the visitors then defended deep and got men behind the ball, and also deployed time-wasting tactics from early on.

Liverpool eventually found their stride, only to be denied by stand-in goalkeeper Paulo Gazzaniga four times inside a five-minute spell before the half-hour mark.

First, it was a double save to deny Salah and then Firmino on the rebound, then to tip over Van Dijk’s header, then from Trent’s strike from distance. 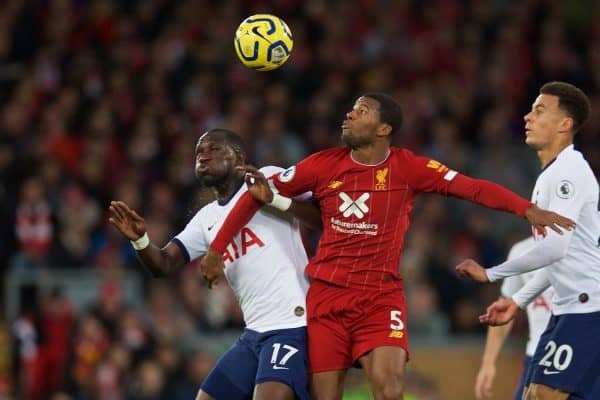 Liverpool pushed before the break but were unable to find an equaliser.

Spurs almost repeated their first half in the opening minutes of the second, with Son beating Lovren and rounding Alisson but for his shot to hit the crossbar.

Liverpool’s equaliser arrived in the 52nd minute. It wasn’t pretty, with Jordan Henderson‘s shot off his ankle hitting the ground and taking a deflection en-route to the bottom corner of the Kop net. His first at Anfield since December 2015. 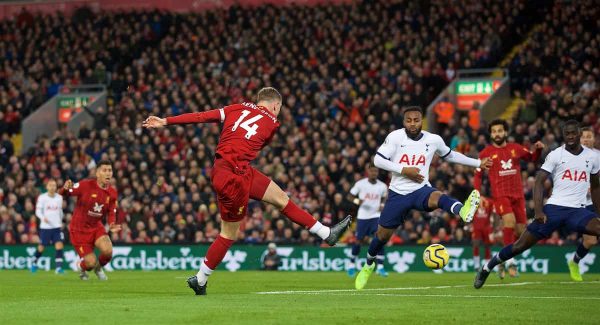 Anfield found its voice, and the team on the pitch bombarded the Spurs goal. Gini Wijnaldum had two decent chances, with a free header being too close to the keeper.

The Spurs fans had asked ‘where’s your famous atmosphere’ in the first half, well here it was, vibrant and loud, urging Liverpool to find a winner.

The 75th minute saw Sadio Mane superbly chase down a ball over the top and he was eventually tripped inside the box by Serge Aurier. Penalty for Liverpool.

With James Milner on the bench, it fell to Mo Salah to take and he went for power to secure his first league goal since mid-September.

Injury to Salah with eight minutes remaining, possibly a recurrence of the ankle injury that saw him miss last week’s draw against Man United, saw Joe Gomez come on and Liverpool move to a 4-5-1 shape with Alexander-Arnold on the right of midfield.

A nervy finish was well handled by Klopp’s side, not least a smart save low down by Alisson from a shot from Son.

Liverpool made it nine wins from their opening 10 league games and remain top, six points ahead of Man City.