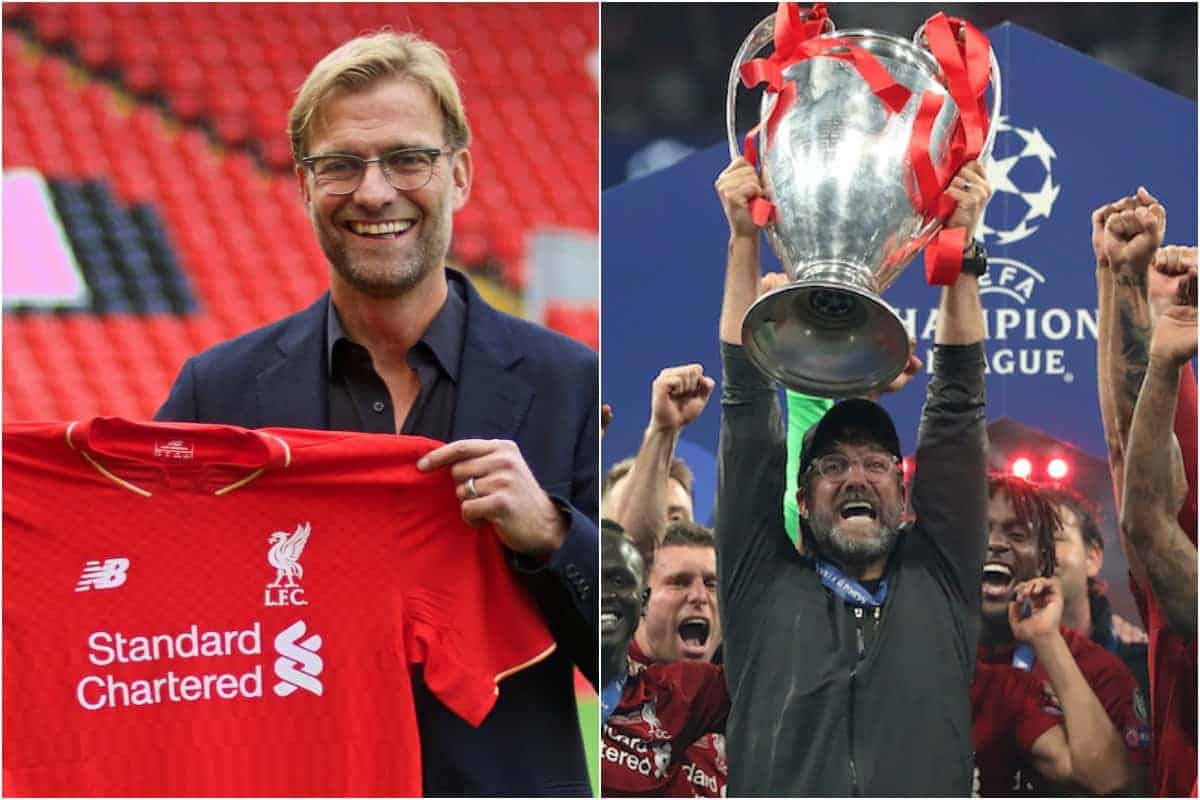 Four years since Jurgen Klopp became manager of Liverpool FC, how well can you recall his time at the helm?

On October 8, 2015, Liverpool laid down a marker and sent a signal to the footballing world that they meant business as Jurgen Klopp was officially handed the reigns at Anfield.

The German has overseen wholesale changes both on and off the field, restored belief and set the Reds back on course to become a powerhouse both domestically and in Europe.

And in the process has provided the Liverpool faithful with an abundance of victories against all odds and memories to cherish for a lifetime.

From languishing in tenth place at the time of his arrival to being crowned European champions, there has hardly been a dull moment since Klopp signed on the dotted line.

Test your knowledge with 14 questions all about Klopp’s time at Anfield to date.