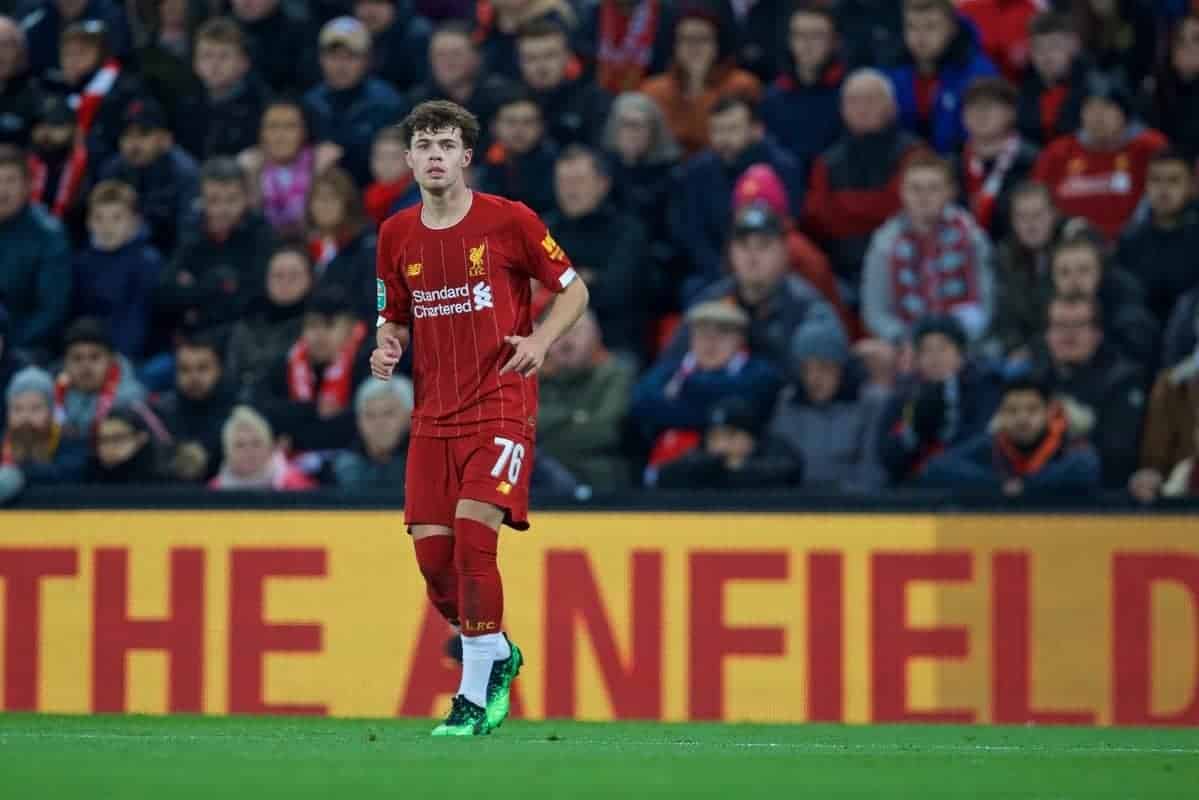 Neco Williams‘ surprise debut for Liverpool against Arsenal was described as “incredible” by Jurgen Klopp, and the 18-year-old certainly impressed.

Williams has been training with the first team throughout October, but the suspicion was that this was more to pad out the numbers at Melwood due to Ki-Jana Hoever‘s involvement at the U17 World Cup.

However, the League Cup has presented a number of Reds youngsters—Hoever included—an opportunity to perform on the senior stage this season.

And ahead of Liverpool’s fourth-round clash with Arsenal on Wednesday night, Williams took a more focal role in Klopp’s plans.

With Trent Alexander-Arnold rested, Hoever in Brazil and injury to Joel Matip requiring Joe Gomez to slot in at centre-back, the young Welshman was preferred to Yasser Larouci on the opposite flank to James Milner.

Larouci had impressed at left-back throughout pre-season, but injuries and inconsistency seem to have forced him down the pecking order, and the Algerian remained an unused substitute at Anfield. 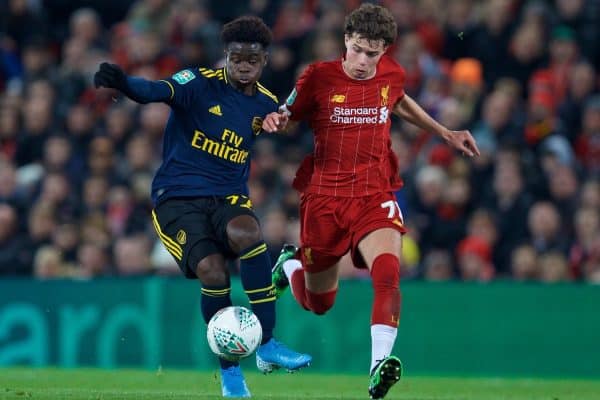 From the first whistle, Williams was in the thick of it, with his energy and urgency not to be confused with an overcompensating for what was no doubt a significant night for a teenager who had not even featured for Liverpool in a friendly previously.

His defining contribution was the cross for Divock Origi‘s equaliser to make it 5-5, but overall he could be seen as a convincing candidate for Man of the Match.

Certainly, statistics via Sky Sports highlight just how prominent a role Williams played against the Gunners:

? Most touches
? Most crosses
? Most tackles
? Most interceptions
? Most blocks
?? Assist for final equaliser

Comparing these numbers with WhoScored does reveal one discrepancy as the latter lists Milner (eight) as having supplied more crosses than his fellow full-back (seven), but otherwise they check out.

Williams made more successful tackles (four) and interceptions (four) than any other Liverpool player, with Bukayo Saka (five) the only Arsenal player to register more tackles.

Blocking two shots, the youngster aided Caoimhin Kelleher‘s cause between the sticks too, while at the other end only Alex Oxlade-Chamberlain (five) completed more dribbles (four), and Williams also tested Emiliano Martinez with a shot on target.

Perhaps most impressive, beyond his assist, was that the right-back touched the ball more times than any other player (110) and at least twice as many as any Arsenal player (Shkodran Mustafi made the most touches, with 54).

This shows that Williams’ inclusion did not come to the detriment of Klopp’s game plan, and rather than altering the Reds’ approach to accommodate the No. 76, he was trusted to fill the same role as Alexander-Arnold.

Speaking after the game, Klopp labelled his performance as “incredible,” while Williams himself agreed it was a “dream come true.”

Hoever is unlikely to stay at the U17 World Cup for long, with the Netherlands bottom of Group D having lost both of their games so far, but it could be that he faces further competition on his return.