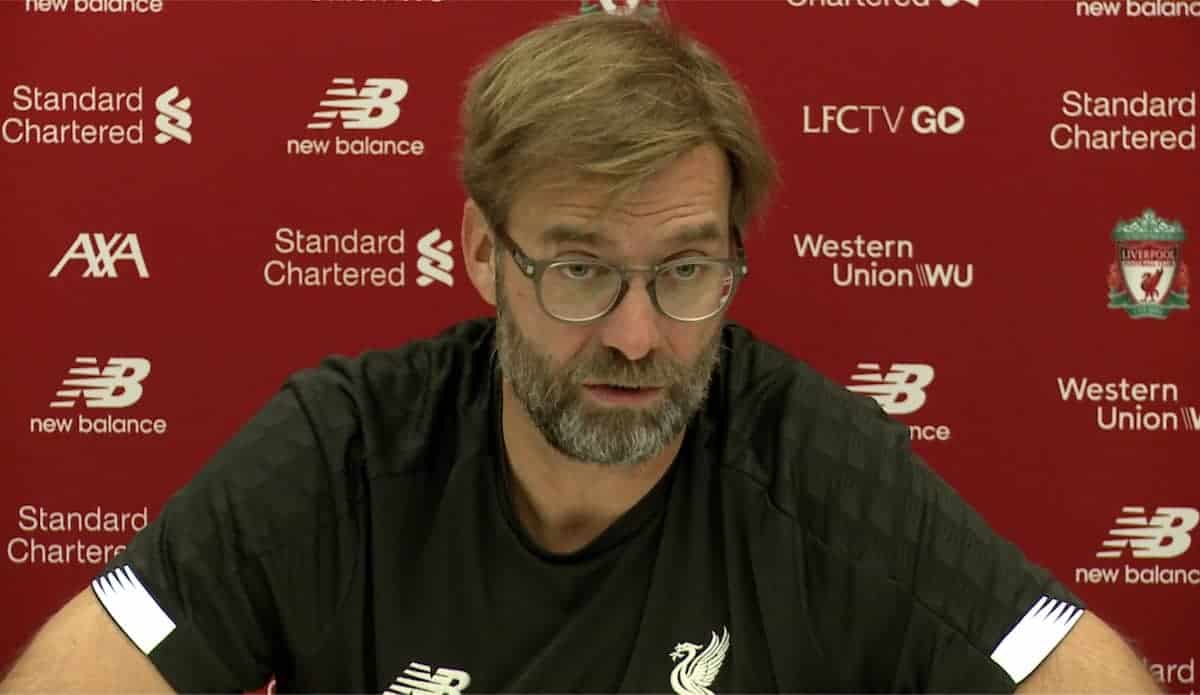 Jurgen Klopp spoke to the media ahead of Sunday’s visit of Tottenham to Anfield on Sunday, discussing an array of topics and plenty about the Reds’ midfield.

Tottenham and Liverpool have had contrasting results since the two teams last met, in the Champions League final back in June, but Klopp didn’t want to create headlines by discussing Spurs’ form recently.

There was a somewhat positive update from the boss, with Trent Alexander-Arnold set to be fine to return to the lineup on Sunday, although Joel Matip‘s fitness isn’t clear just yet.

Alex Oxlade-Chamberlain‘s two goals in midweek meant he was the subject of questions from the press, with Klopp outlining his “high expectations” of the midfielder, saying: “I’m impressed with the goals but there is more to come. He knows that.”

The boss also discussed the importance of Fabinho as the Reds’ No.6 in midfield, saying: “The job of the No. 6 in modern football is incredibly important. The more offensive all the players around you are, the more important it gets.”

Klopp was also asked about the small changes in the atmosphere around the club since he arrived, saying that the details around things such as knowing each staff member’s name should be simple.

“Making the place you work at the best place possible is an important part of success,” he assessed.